David With The Head Of Goliath

The Artist died in 1649 so this work is in the public domain in its country of origin and other countries where the copyright term is the Artist's life plus 70 years or fewer. 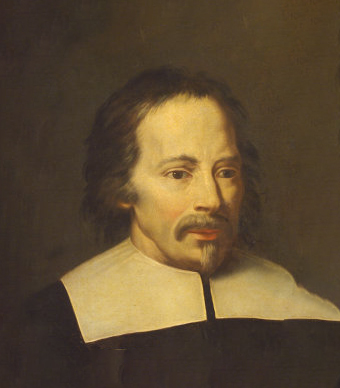 Alessandro Turchi was an Italian painter of the early Baroque, born and active mainly in Verona, and moving late in life to Rome. He also went by the name Alessandro Veronese or the nickname L'Orbetto. His style has been described as soft and Caravaggesque at the same time.

Turchi initially trained with Felice Riccio (il Brusasorci) in Verona. By 1603, he was working as independent painter, and in 1606–1609, Turchi painted the organ shutters for the Accademia Filarmonica of Verona. When Brusasorci died in 1605, Turchi and his fellow painter Pasquale Ottino completed a series of their deceased master's canvases. In 1610, he completed an Assumption altarpiece for the church of San Luca of Verona. In 1612, the Veronese Guild of the Goldsmiths commissioned from Turchi an altarpiece, today lost, of the Madonna and Saints. On leaving the school of Riccio, he went to Venice, where he worked for a time under Carlo Cagliari.

By 1616, Turchi traveled to Rome and participated in the fresco decoration depicting the Gathering of Manna for the Sala Reggia of the Quirinal Palace, and painting a Christ, Magdalen, and Angels for cardinal Scipione Borghese. In competition with Andrea Sacchi and Pietro da Cortona, he painted some pictures in the church of Santa Maria della Concezione dei Cappuccini. In 1619, he sent an altarpiece of the 40 martyrs for the Chapel of the Innocents in the church of Santo Stefano, Verona, to hang next to paintings by Pasquale Ottino and Marcantonio Bassetti. He also painted a Flight into Egypt for the church of San Romualdo, Rome; a Holy Family for San Lorenzo in Lucina; and a San Carlo Borromeo in San Salvatore in Lauro. He was much employed on cabinet pictures, representing historical subjects, which he frequently painted on black marble. Among his pupils, Giovanni Ceschini and Giovanni Battista Rossi (il Gobbino), practiced in Verona, the former painting copies of his master's works, which were often taken for originals.

For the Count Giangiacomo Giusti, in 1620 he paints an Allegory of Fame between Mercury and Pallas Athena and three canvases of Faith, Hope, and Charity. In 1621 executes for French cardinal François de Sourdis the Resurrection of Christ, now in the cathedral of Sant'Andrea of Bordeaux, and sends the Adoration of the Magi for the Gherardini family in Verona. By 1621, he had completed a painting of San Carlo Borromeo and the Madonna in Glory for San Salvatore in Lauro in Rome. Documents from 1629, indicate Turchi was paid 110 scudi for painting St. Anthony of Padua for the Farnese Palace at Caprarola. In 1632, an inventory of the Palazzo Mattei di Giove, records a Saint Marta and Maria Madalena and a Samaritan Women by Turchi

His sister married Giacinto Gimignani. In 1623, Turchi married Lucia San Giuliano. In 1637, with the sponsorship of the cardinal Francesco Barberini, he became Principe or director of the Accademia di San Luca. In 1638, he joined the papal guild of artists, called the Pontifical Academy of Fine Arts and Letters of the Virtuosi al Pantheon. He died in Rome.

Bellona With Romulus And Remus

Pope Gregory Interceding With The Virgen, Jesus Christ And Saint John The Baptist

Christ Tied To The Column

David With The Head Of Goliath

Vision of Saint Catherine of Siena

Hilosophy, History And Prudence Awakening The Mind To A Desire For Knowledge