Félix Ziem was a French painter in the style of the Barbizon School, who also produced some Orientalist works.

He was born Félix-Francois Georges Philibert Ziem in Beaune in the Côte-d'Or département of the Burgundy région of France. His mother was a native of Burgundy who had married an immigrant from Croatia. Originally, Ziem planned to be an architect, studied in the École des Beaux-Arts in Dijon, and for a time he worked as an architect. In 1839 he moved to Marseilles, where he received some informal instruction in painting from Adolphe Monticelli.

Painting developed from a hobby into a career following a visit in 1841 to Italy, where he fell in love with the city of Venice, a place that would become the source for many of his works, and to which he returned annually until 1892. Apart from Venetian scenes, he also painted many still lifes, portraits, and landscapes of diverse locations which reflected his travels. Following a year-long trip to the Ottoman Empire and Egypt in 1857-58, he began to include works with an Orientalist theme in his oeuvre. His landscapes included scenes from a variety of locations including Constantinople, Egypt, Martigues, Cagnes-sur-Mer and his native Burgundy. Ziem was a commercially successful artist in his own lifetime. 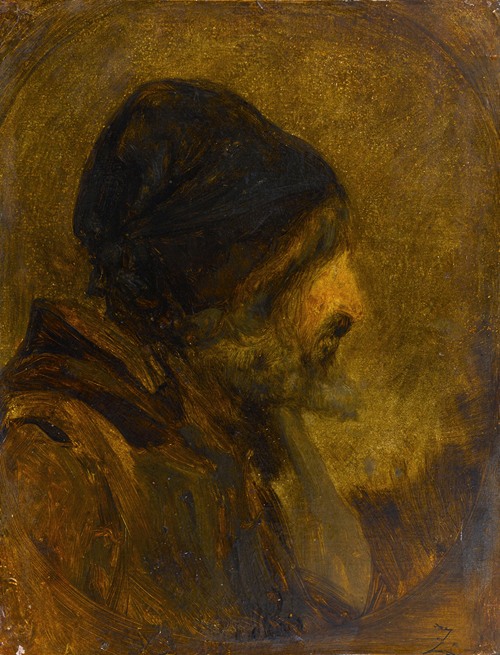 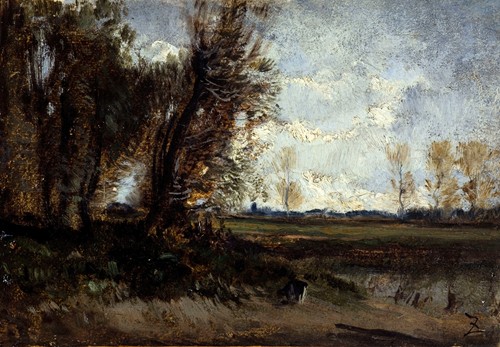 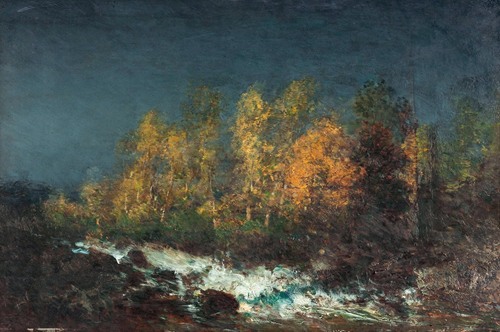 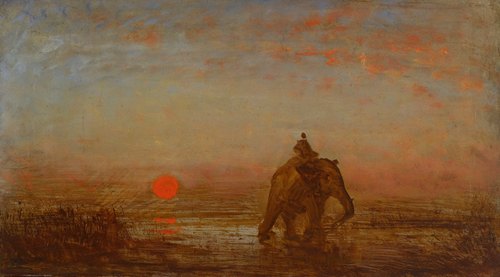 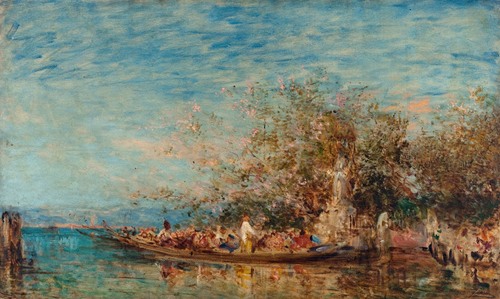 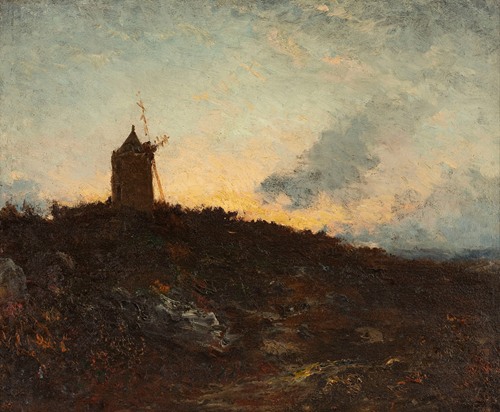 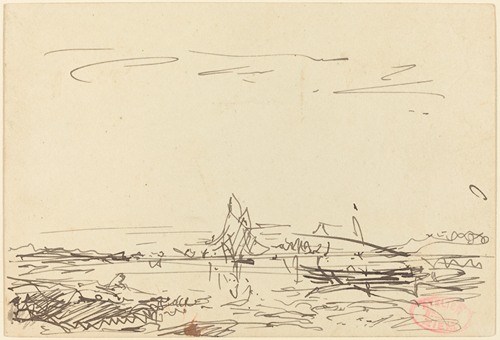 A Cove with a Sailboat