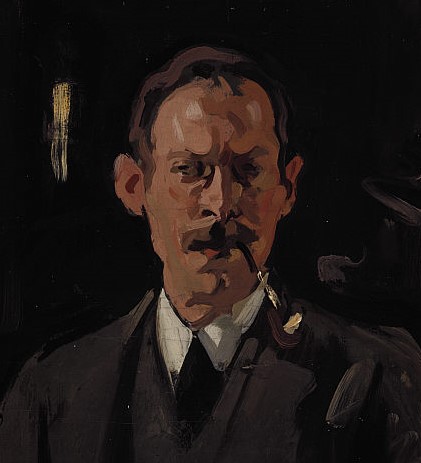 Samuel John Peploe was a Scottish Post-Impressionist painter, noted for his still life works and for being one of the group of four painters that became known as the Scottish Colourists. The other colourists were John Duncan Fergusson, Francis Cadell and Leslie Hunter.

Born in Edinburgh at 39 Manor Place, he was the son of a bank manager, Robert Luff Peploe (1828–1884)
He studied at the Royal Scottish Academy schools from 1893 to 1894, and then at the Académie Julian and Académie Colarossi in Paris, where he shared a room with Robert Brough. He visited the Netherlands in 1895, returning with reproductions of work by Rembrandt and Frans Hals. From 1901, he undertook painting trips to northern France and the Hebrides with his friend J. D. Fergusson, another of the Scottish Colourists. Inspired by the bright sunlight, he experimented with the bold use of colour, and the influence of the rustic realism of French painters is evident in his landscapes.

In 1910 Peploe married Margaret MacKay (1873–1958), whom he had known since 1894. He also moved to Paris in 1910, a period which saw him concentrate increasingly on still life and landscape painting. His still-life works show the influence of Manet, with combinations of fluid brushwork, thick impasto and dark backgrounds with strong lighting. Returning to Scotland in 1912 he found that his usual dealer refused his work and he was obliged to stage his own exhibition. Peploe went on regular painting trips with friends to many parts of the country, and during the 1920s he spent several summers with Francis Cadell, another Scottish Colourist, painting in Iona.

Peploe was strongly influenced by French painting throughout his life. Although his work never became overly abstract, it was notable for its use of strong colour, tight composition, and meticulous execution. Influences are said to include de Segonzac, Cézanne, Matisse and Van Gogh. He died in Edinburgh in 1935. Peploe's younger son Denis followed his father's career.

He is buried in the family plot in Dean Cemetery in Edinburgh. His name is listed near the end of several names on a stone to the north side of the main east–west path, towards the west end. 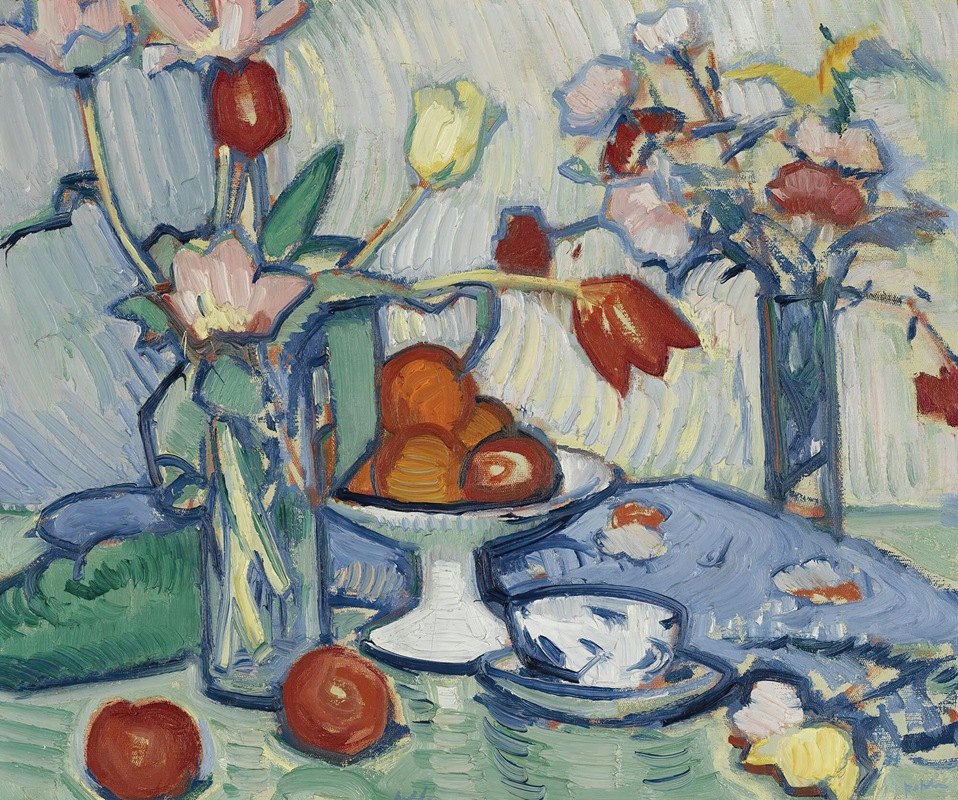 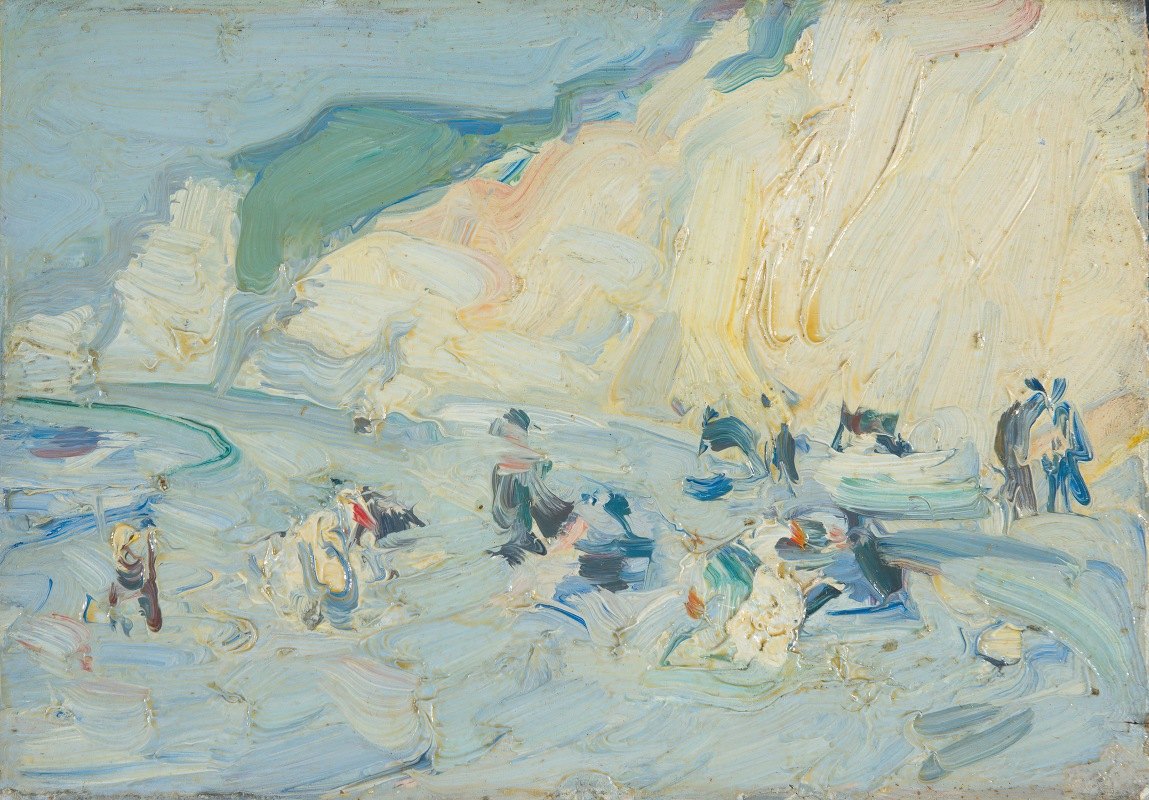 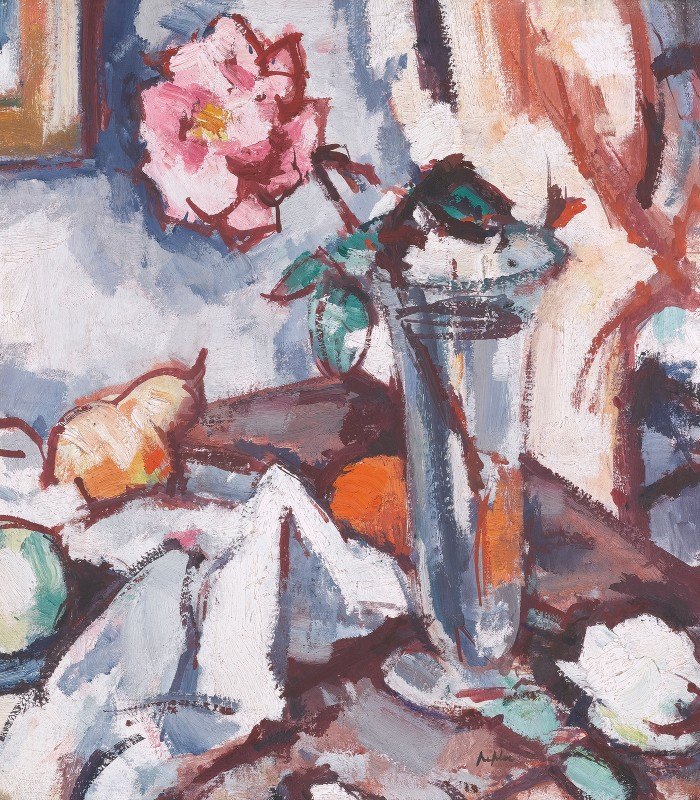 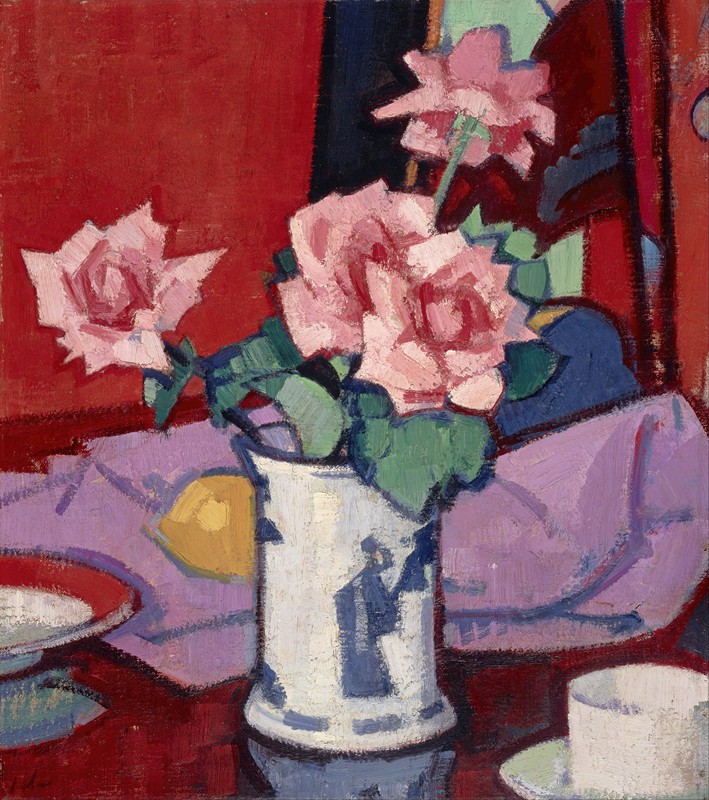 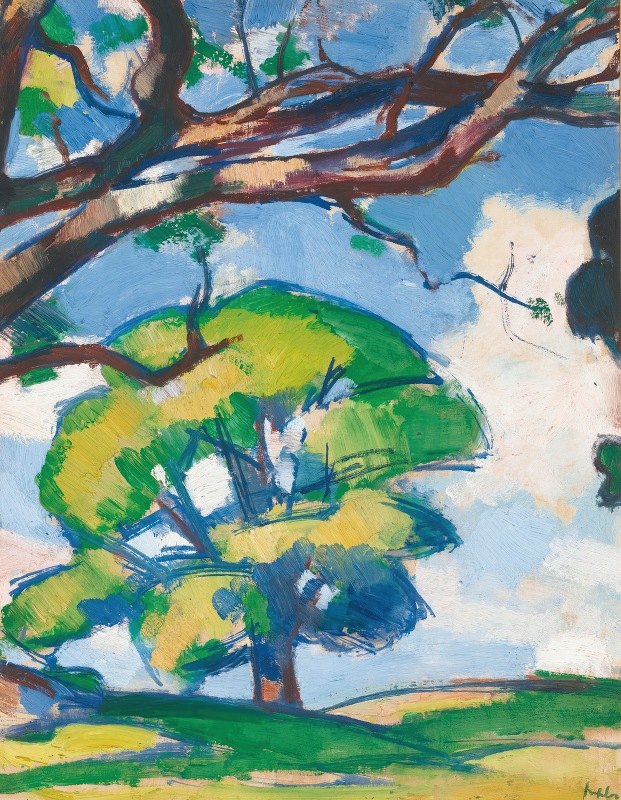 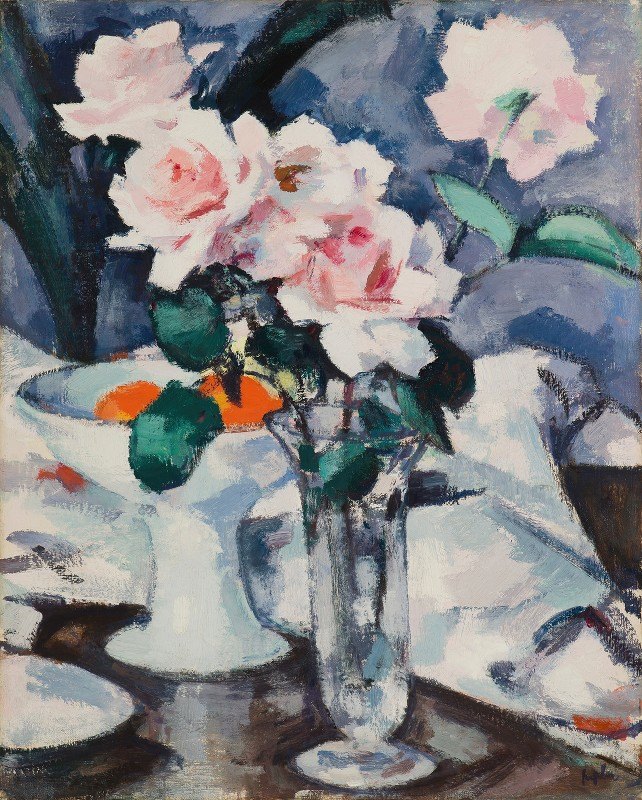 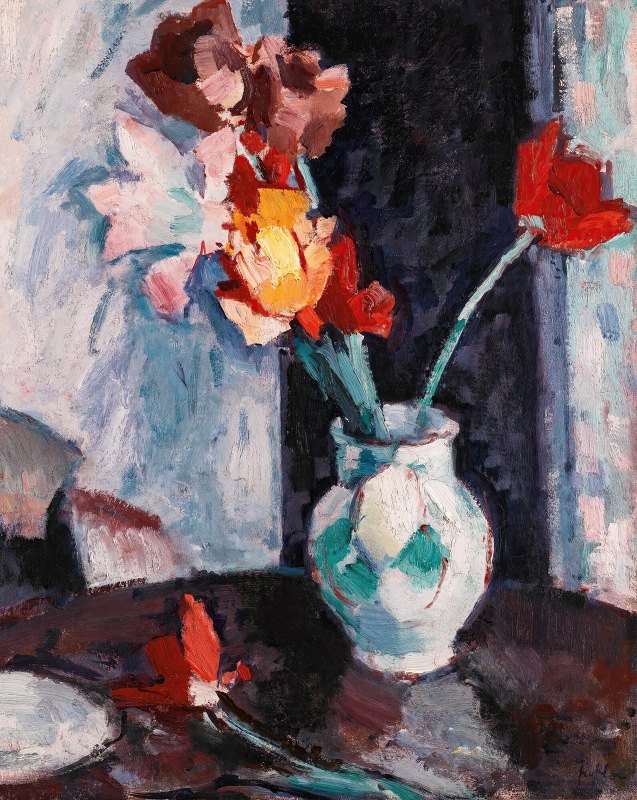 Tulips In A White Vase 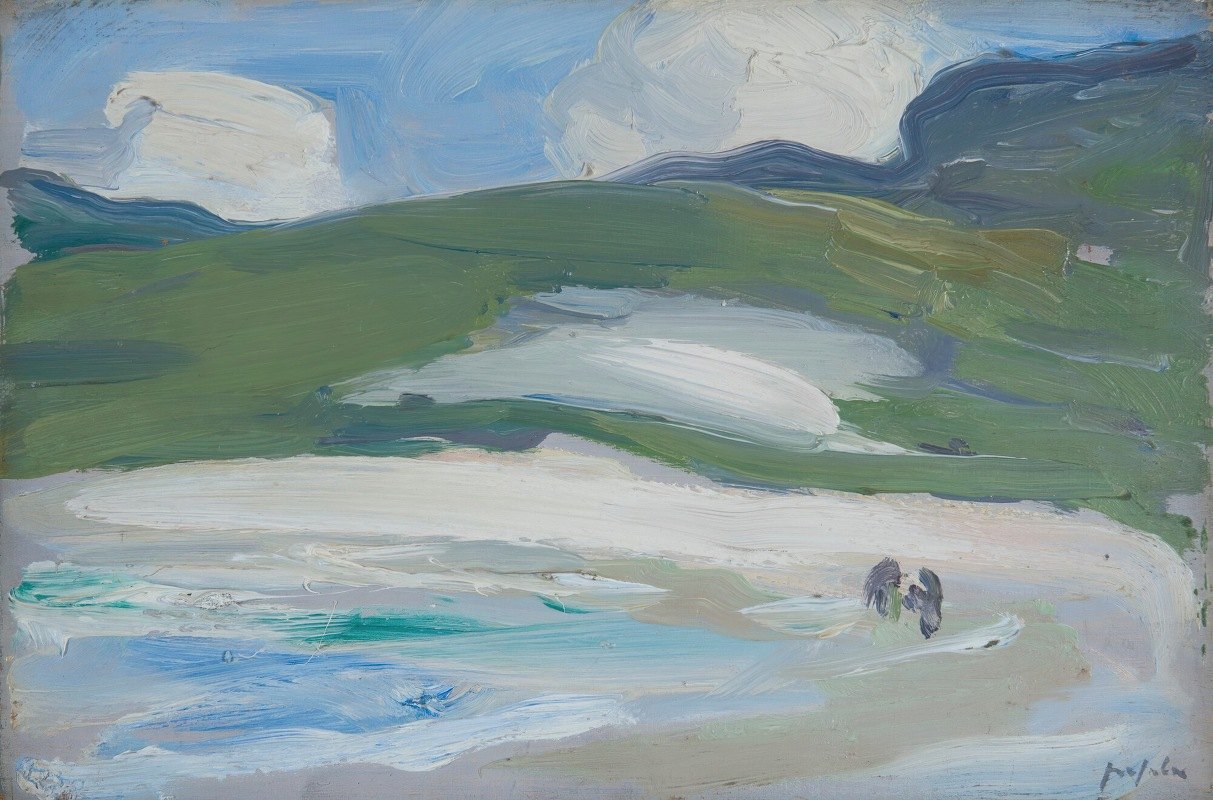