Young Women in a Landscape with Architectural Fragments (ca. 1773)

The Artist died in 1808 so this work is in the public domain in its country of origin and other countries where the copyright term is the Artist's life plus 70 years or fewer. 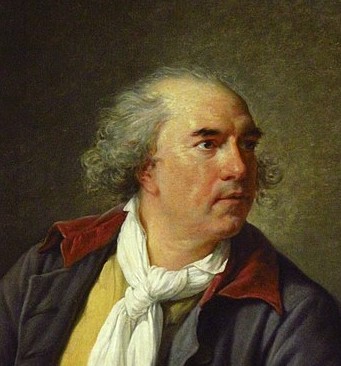 Hubert Robert was a French painter in the school of Romanticism, noted especially for his landscape paintings and capricci, or semi-fictitious picturesque depictions of ruins in Italy and of France.

Hubert Robert was born in Paris in 1733. His father, Nicolas Robert, was in the service of François-Joseph de Choiseul, marquis de Stainville a leading diplomat from Lorraine. Young Robert finished his studies with the Jesuits at the Collège de Navarre in 1751 and entered the atelier of the sculptor Michel-Ange Slodtz who taught him design and perspective but encouraged him to turn to painting. In 1754 he left for Rome in the train of Étienne-François de Choiseul, son of his father's employer, who had been named French ambassador and would become a Secretary of State for Foreign Affairs to Louis XV in 1758.

He spent fully eleven years in Rome, a remarkable length of time; after the young artist's official residence at the French Academy in Rome ran out, he supported himself by works he produced for visiting connoisseurs like the abbé de Saint-Non, who took Robert to Naples in April 1760 to visit the ruins of Pompeii. The marquis de Marigny, director of the Bâtiments du Roi kept abreast of his development in correspondence with Natoire, director of the French Academy, who urged the pensionnaires to sketch out-of-doors, from nature: Robert needed no urging; drawings from his sketchbooks document his travels: Villa d'Este, Caprarola.

The contrast between the ruins of ancient Rome and the life of his time excited his keenest interest. He worked for a time in the studio of Pannini, whose influence can be seen in the Vue imaginaire de la galerie du Louvre en ruine (illustration). Robert spent his time in the company of young artists in the circle of Piranesi, whose capricci of romantically overgrown ruins influenced him so greatly that he gained the nickname Robert des ruines. The albums of sketches and drawings he assembled in Rome supplied him with motifs that he worked into paintings throughout his career.

His success on his return to Paris in 1765 was rapid: the following year he was received by the Académie royale de peinture et de sculpture, with a Roman capriccio, The Port of Rome, ornamented with different Monuments of Architecture, Ancient and Modern. Robert's first exhibition at the Salon of 1767, consisting of thirteen paintings and a number of drawings, prompted Denis Diderot to write: "The ideas which the ruins awake in me are grand." Robert subsequently showed work at every Salon until 1802. He was successively appointed "Designer of the King's Gardens", "Keeper of the King's Pictures" and "Keeper of the Museum and Councilor to the Academy".

Robert was arrested in October 1793, during the French Revolution. During the ten months of his detention at Sainte-Pélagie and Saint-Lazare he made many drawings, painted at least 53 canvases, and painted numerous vignettes of prison life on plates. He was freed one week after the fall of Robespierre. Robert narrowly escaped the guillotine when through error another prisoner with a similar name was guillotined in his place.

Subsequently, he was placed on the committee of five in charge of the new national museum at the Palais du Louvre.

The Revolution also resulted in the destruction of some of Robert's work. Robert had designed the decorations for a little theatre in the new wing at the location of the current staircase Gabriel in the Palace of Versailles. Designed to seat about 500, this theatre was built from the summer of 1785 and opened in early 1786. It was intended to serve as an ordinary court theatre, replacing the Theatre of the Princes Court which was too old and too small, but was destroyed during the time of Louis Philippe. A watercolour of Robert's design is in the National Archives in Paris. 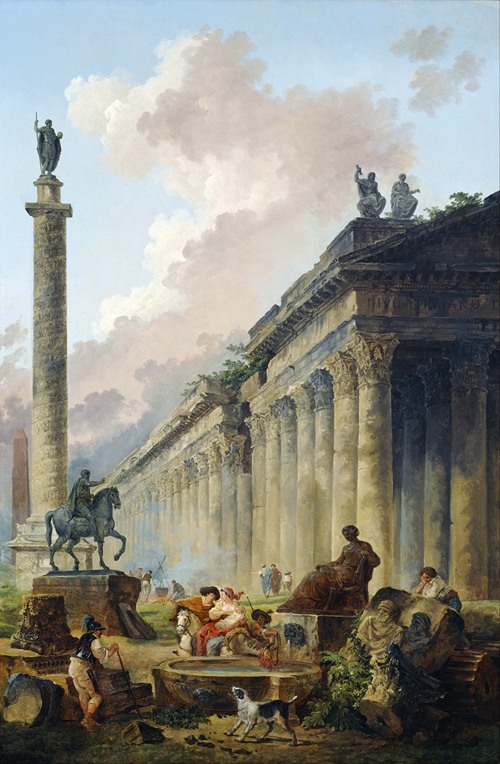 Imaginary View of Rome with Equestrian Statue of Marcus Aurelius, the Column of Trajan and a Temple 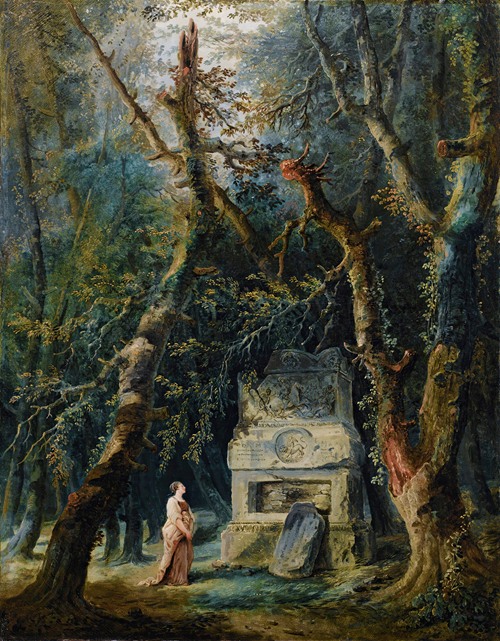 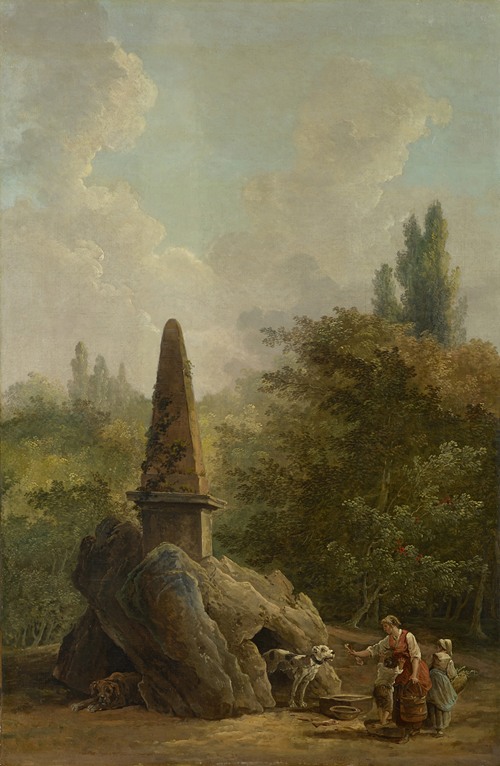 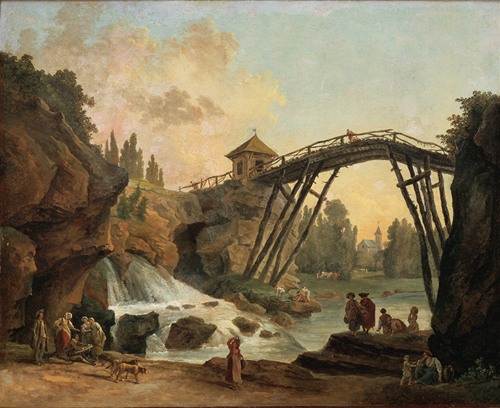 Draughtsman Drawing the Wooden Bridge in the Park of Méréville 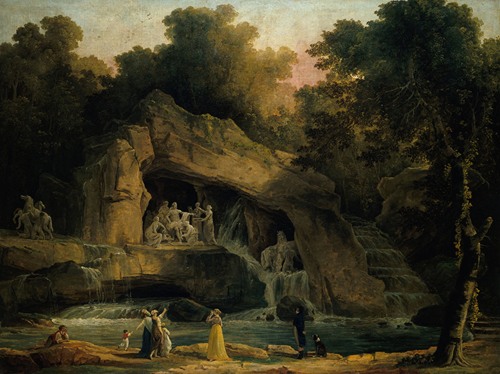 The Baths Of Apollo In Versailles (1803)

Imaginary View of Rome with Equestrian Statue of Marcus Aurelius, the Column of Trajan and a Temple