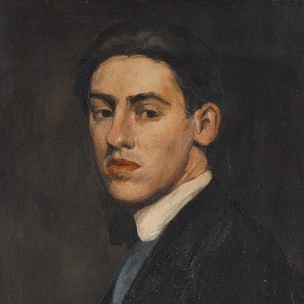 The Artist on the Beach Sketching (1996)