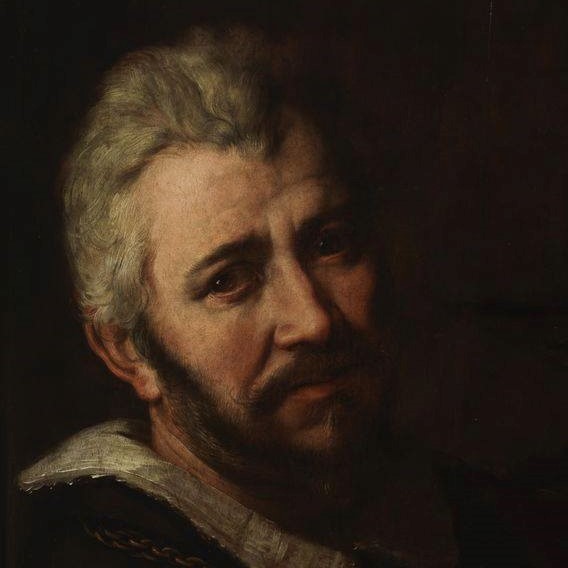 Giulio Cesare Procaccini was an Italian painter and sculptor of the early Baroque era in Milan.
Born in Bologna he was son of the Mannerist painter Ercole Procaccini the Elder.

He began as a sculptor in the Cathedral and in the Milanese church of Santa Maria presso San Celso. In 1610 he painted six of the Quadroni, large canvases celebrating Saint Charles Borromeo.
Among his many altarpieces are the Circumcision now in Galleria Estense, Modena, and the Last Supper for Convent associated with the Basilica della Santissima Annunziata del Vastato in Genoa. He also painted the Scourging of Christ.

He also painted small religious canvases for rich families, in Milan and in Genoa, where he saw the works of Rubens.
His style shows the influence of Bolognese mannerism and Venetian colorism and marks the beginning of the Baroque.

Coronation Of The Virgin With Saints Joseph And Francis Of Assisi (C.1605)

Scenes from the Life of Saint Peter

Madonna and Child with Saints Francis and Dominic and Angels Giulio

The Holy Family with St Catherine