Joaquín Torres García was an Uruguayan/Spanish artist. He was born in Montevideo, Uruguay on July 28, 1874. As an adolescent he emigrated to Catalunya, Spain,where he initiated his career as an artist in 1891. For the next three decades, he embraced Catalan identity leading Barcelona’s and Europe's art and culture to its utmost vanguards. A ‘renaissance or universal man’; painter, sculptor, muralist, novelist, writer, teacher and theorist. He was also active in United States, Italy, France and Uruguay from where his influence encompasses a personal presence in European, North American and South American modern art. He dealt the eternal dilemma between the old and the modern, the classical and the avant-garde, reason and feeling, figuration and abstraction with a simple and brilliant metaphor: there is no contradiction or incompatibility. Like Goethe, he seeks the integration between classicism and modernity.

He is known for his collaboration with Gaudi in 1903 on the stained glass windows for the Palma Cathedral and the Sagrada Família. He decorated with monumental frescoes the medieval Palau de la Generalitat seat of the Catalan government. His art is associated with archaic universal cultures; Mediterranean cultural traditions, Noucentisme, and Modern Classicism. He developed a unique style first described as ‘Art Constructif’ while living in Paris’ 1930's. Arte Constructivo (Constructive Art), a school he opened in Madrid, will be continued as Universalismo Constructivo (Universal Constructivism), a treaty he published in South-America while teaching through his workshop schools “Asociación de Arte Constructivo” (Constructive Art Association) and ‘El Taller Torres-Garcia’. A unique style encompassing classic/archaic traditions with XX century's isms: Cubism, Dada, Neo plasticism, Primitivisme, Surrealism, Abstraction.

As a theoretician he published more than one hundred and fifty books, essays and articles written in Catalan, Spanish, French, English. In his lifetime he gave more than 500 lectures. An indefatigable teacher, Torres founded several art schools in Spain and Montevideo and numerous art groups including the first European abstract art group and magazine Cercle et Carré (circle and square) in Paris in 1929.

Retrospectives in Paris in 1955 and Amsterdam in 1961 are the earliest to document historically the place of Torres-García in the currents of abstract art. In the United States he exhibited in New York's 1920s when the Whitney Studio Club, The Society of Independent artists and the Societe Anonyme were giving their first steps. In the 1930s Albert Eugene Gallatin exhibited his work in the Museum of Living Art with Modern masters; Picasso, Georges Braque, Henri Matisse, Fernand Léger, etc. The Museum of Modern Art opened its Latin American collection exhibition in the 1940s with the acquisition of his works. perspective. 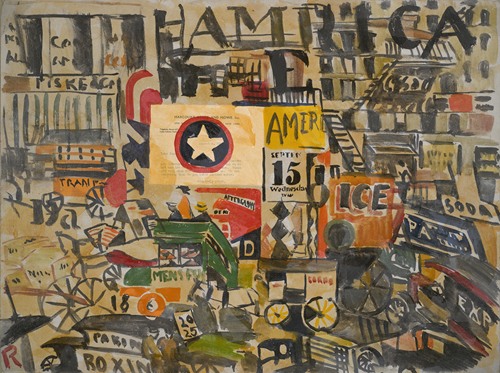 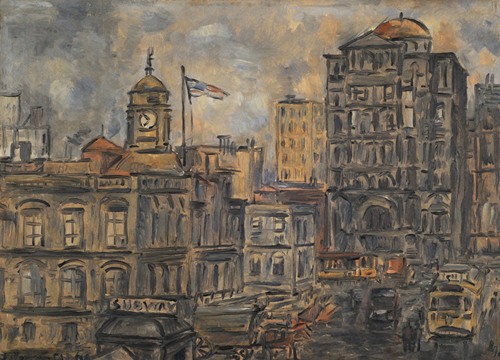 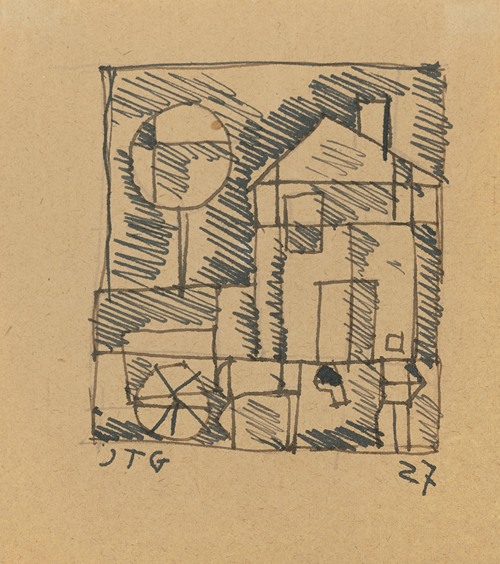 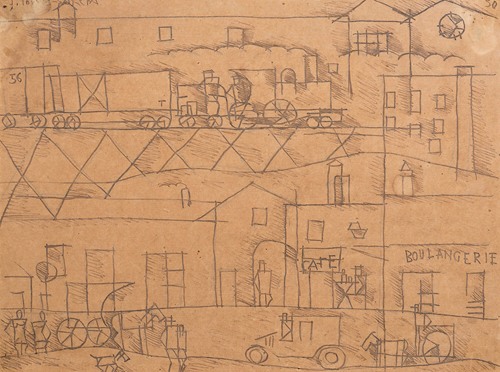 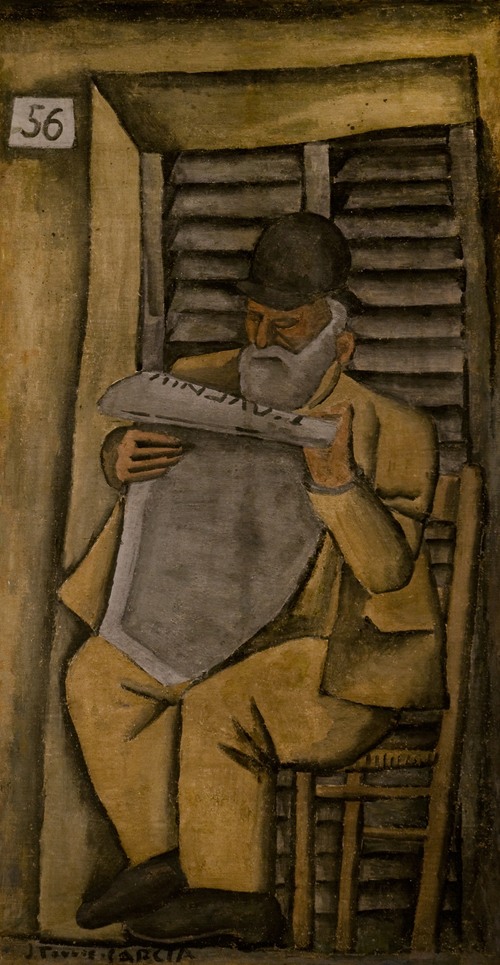 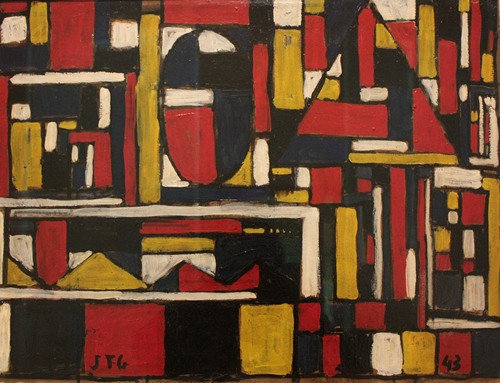 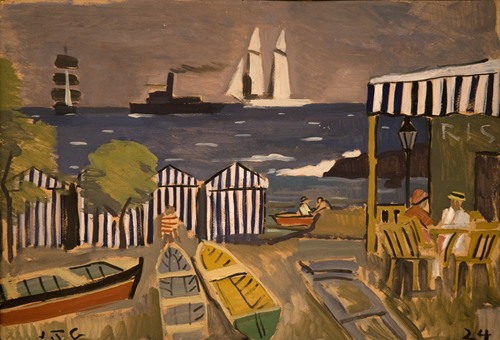 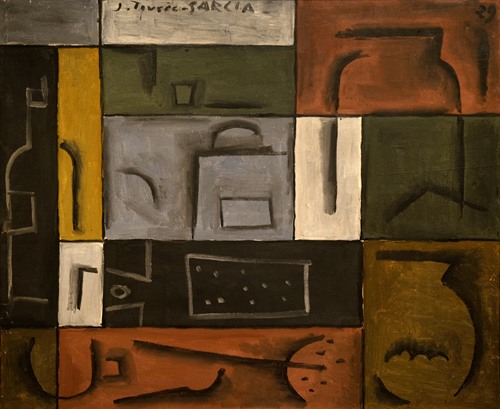