The Artist died in 1700 so this work is in the public domain in its country of origin and other countries where the copyright term is the Artist's life plus 70 years or fewer. 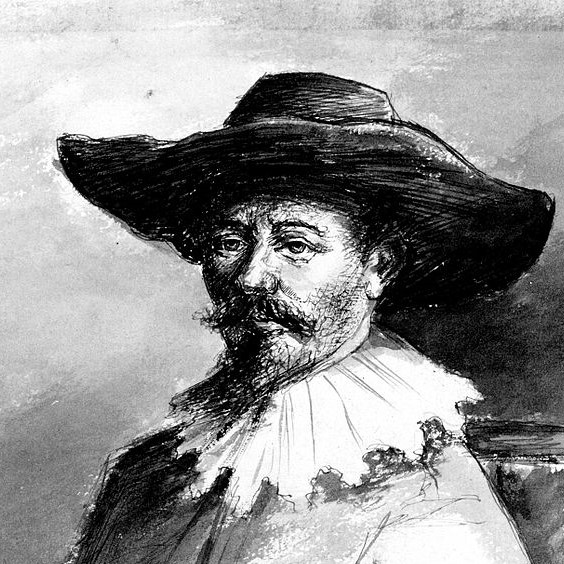 Doomer was the third of nine children of Herman Doomer (1595–1650) and his wife Baertje Martens, who ran a successful business in ebony-veneer furniture. Lambert was trained as a furniture maker like his father, but seemed to enjoy drawing more than woodworking and he became an artist. It is not known who trained him, but since his father supplied frames for Rembrandt, he probably had access to a teacher within his father's network. Rembrandt painted portraits of his parents for their 25th wedding anniversary, which was unusual at the time, in 1638.

The Town and Castle of Saumur from across the Loire (1670)