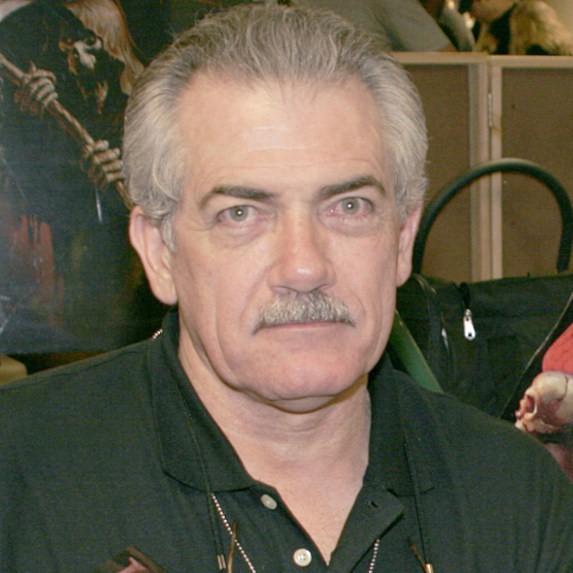 Ken W. Kelly was an American fantasy artist. Over his 50-year career, he focused in particular on paintings in the sword and sorcery and heroic fantasy subgenres.

Early in his career he was able to study the paintings of Frank Frazetta in the latter's studio. In the early 1970s he did a couple of cover paintings for Castle of Frankenstein magazine. Throughout the 1970s he was one of the foremost cover artists on Warren Publishing's Creepy and Eerie magazines.

His work often portrays exotic, enchanted locales and primal battlefields. He developed the artwork for Coheed and Cambria's album, Good Apollo, I'm Burning Star IV, Volume Two: No World for Tomorrow, and a painting of his was used as the cover art for Alabama Thunderpussy's 2007 release, Open Fire. In 2012, one of Kelly's paintings was used for the cover of Electric Magma's 12" vinyl release Canadian Samurai II.

Kelly was a guest at the Kiss by Monster Mini Golf course in Las Vegas, Nevada, doing autograph signings of prints for the classic Kiss albums he drew cover artwork for.

The Gods in Darkness, paperback cover (2002)