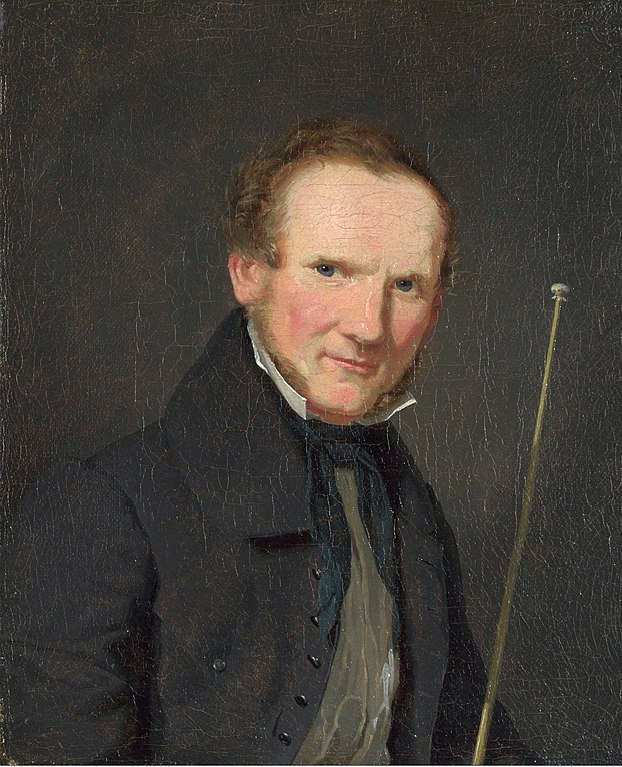 Wilhelm Ferdinand Bendz was a Danish painter mainly known for genre works and portraits which often portray his artist colleagues and their daily lives. He was one of the most talented artists in the successful generation of painters who studied under Christoffer Wilhelm Eckersberg but died early and has therefore left a relatively small oeuvre.

Wilhelm Bendz was born on 20 March 1804 in Odense on the island of Funen. He was sent to Copenhagen where he attended the Royal Danish Academy of Fine Arts from 1820 to 1825, where he studied under Christoffer Wilhelm Eckersberg. In 1825 he made an unsuccessful attempt to win the gold medal, only given to history paintings, the most prestigious genre at that time, and after that decided to specialize in portraits and genre works. He may also have acquired some knowledge of contemporary German painting, the Munich School, which seems to have influenced his style.

After his graduation from the Academy, Bendz contributed successfully with a number of works to the annual exhibitions at Charlottenborg in 1826, 1827 and 1828. Three of his paintings were acquired by the Royal Painting Collection; Model Class at the Art Academy and A young artist looking at a sketch through a mirror from 1826 and the monumentally sized A sculptor working with a live model from 1827. Another important work from this phase is A Tobacco Party from 1828.

After this Bendz was employed as an assistant at Eckersberg's studio, working on routine assignments such as the reconstruction of Nikolaj Abraham Abildgaard's history paintings from Christiansborg Palace which had been destroyed in the fire of 1794, and painting copies of Eckersberg's works.

Today he is mainly remembered for his many technically accomplished portraits, though his ambition most of all ran towards a refined fusion of portrait, genre scene and allegorical history painting. His technical virtuosity is particularly visible in his depictions of the play of light cast from an obscured source and the resulting shadows.

Artists In Finck’s Coffee-House In Munich (1832)

Portrait of the Painter Ditlev Martens at Work Behind and Easel (ca. 1820–24)