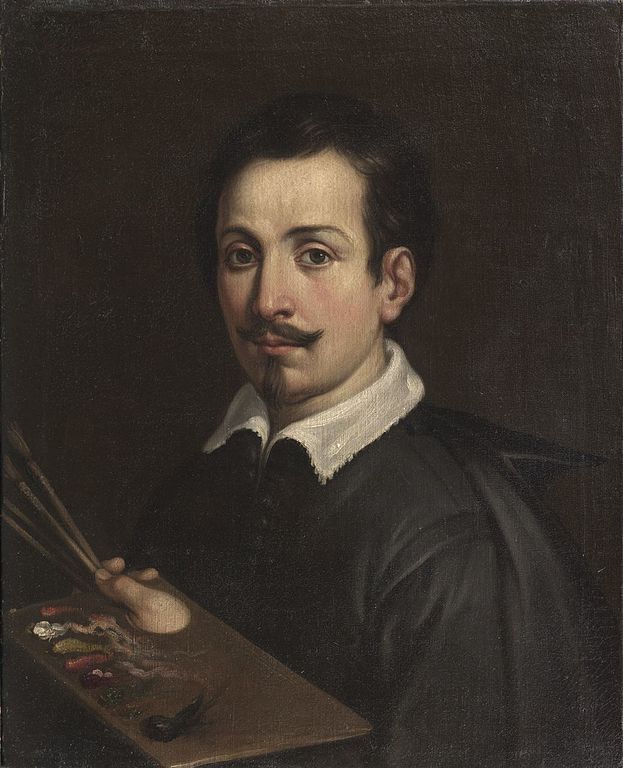 Guido Reni was an Italian painter of the Baroque period, although his works showed a classical manner, similar to Simon Vouet, Nicholas Poussin and Philippe de Champaigne. He painted primarily religious works, but also mythological and allegorical subjects. Active in Rome, Naples, and his native Bologna, he became the dominant figure in the Bolognese School that emerged under the influence of the Carracci.
Beyond Italy, Reni's influence was important in the style of many Spanish Baroque artists, such as Jusepe de Ribera and Murillo. But his work was particularly appreciated in France—Stendhal believed Reni must have had "a French soul"—and influenced generations of French artists such as Le Sueur, Le Brun, Vien, and Greuze; as well as on later French Neoclassic painters. In the 19th century, Reni's reputation declined as a result of changing taste—epitomized by John Ruskin's censorious judgment that the artist's work was sentimental and false. A revival of interest in Reni has occurred since 1954, when an important retrospective exhibition of his work was mounted in Bologna.

Fortuna with a purse

Two fauns In A Bacchic Dance