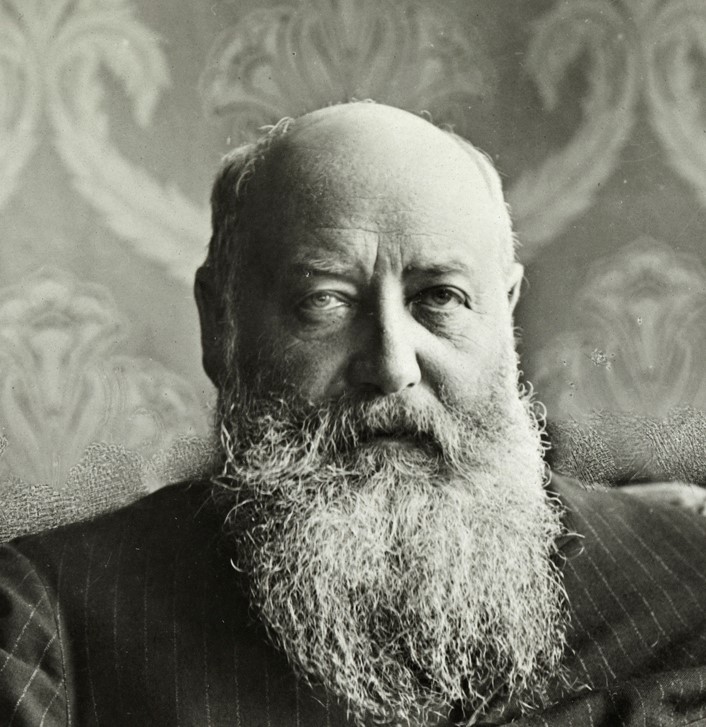 Christian Krohg was a Norwegian naturalist painter, illustrator, author and journalist. Krohg was inspired by the realism art movement and often chose motives from everyday life. He was the director and served as the first professor at the Norwegian Academy of Arts from 1909 to 1925.

Christian Krohg was born at Vestre Aker (now Oslo), Norway. He was one of five children born to Georg Anton Krohg (1817–1873) and Sophie Amalia Holst (1822–1861). He was a grandson of Christian Krohg (1777–1828) who had served as a government minister. His father was a civil servant, journalist and author. His mother died when he was only 8 years old, and his father's sister took over responsibility for the household and the upbringing of the children. From 1861, he attended Hartvig Nissen School.

His father had asked him to pursue a legal career. Krohg studied law at the University of Oslo (then Christiania) graduating cand.jur. in 1873, the same year in which his father died. During 1869–70, he had also studied at the art school of Johan Fredrik Eckersberg at Lille Grensen in Christiania. He was additionally educated in Germany, first at the Baden School of Art in Karlsruhe under Hans Gude in 1874. He also trained under Karl Gussow from 1875. He followed with study at the Königliche Akademie in Berlin from 1875 to 1878.

He was awarded the Schäffer's legacy (1876–77) and received a government travel allowance during 1877–78 and in 1881. In 1879, on the encouragement of artist Frits Thaulow, he visited the Skagen artists colony. He returned to Skagen in 1882–84 and 1888. Through his periodic future residence at Skagen, he would influence other artists including Anna and Michael Ancher and provided early support to Edvard Munch.

Krohg worked in Paris from 1881 to 1882. Inspired by the ideas of the realists he chose motives primarily from everyday life – often its darker or socially inferior sides. Prostitution is the subject of his painting Albertine i politilægens venteværelse, and Krohg also wrote a novel about the depicted scene. The novel, Albertine, caused a scandal when first published, and it was confiscated by the police.

Krohg's style made him a leading figure in the transition from romanticism to naturalism.

Krohg was the founding and editor-in-chief of the Kristiania Bohemian journal, Impressionisten from 1886 until 1890. He then became a journalist for the Oslo newspaper Verdens Gang from 1890 to 1910. Christian Krohg was also associated with Politiken 1893–1894.

He taught at Académie Colarossi in Paris from 1902 until 1909. Later he became a professor-director at the Norwegian Academy of Arts (Statens Kunstakademi) from 1909 until 1925. 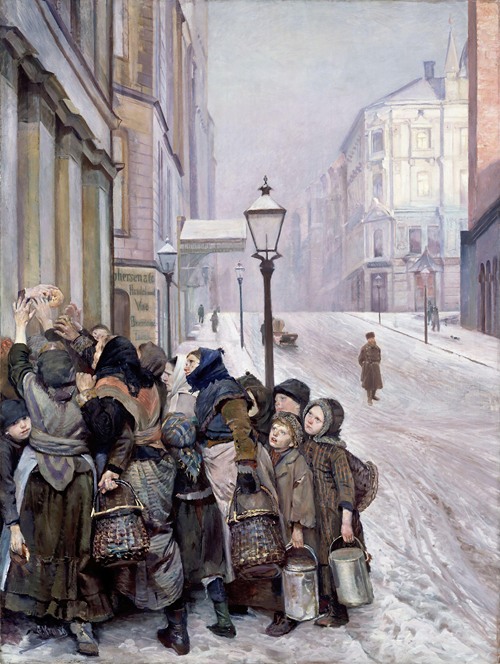 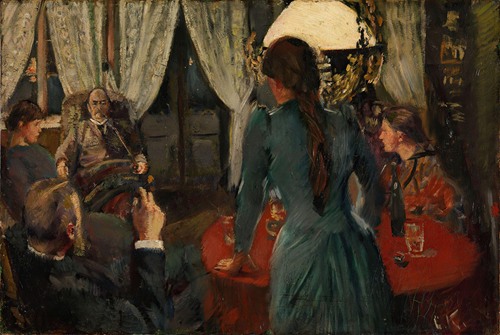 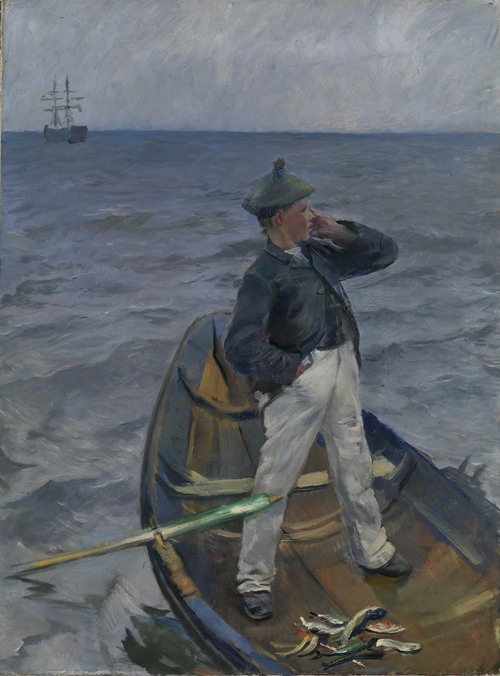 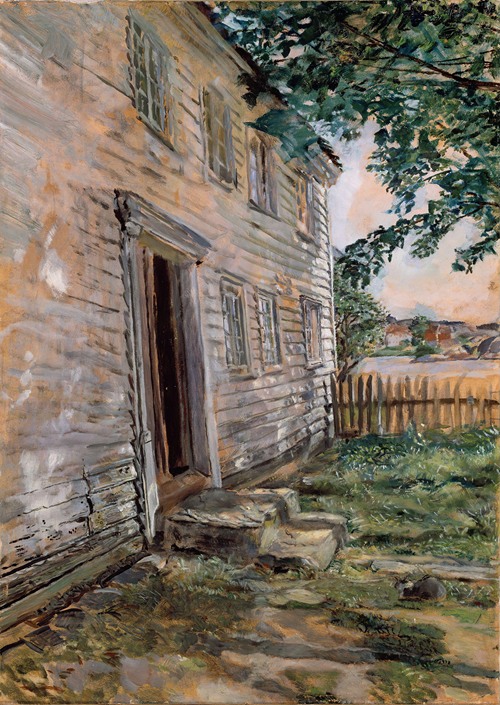 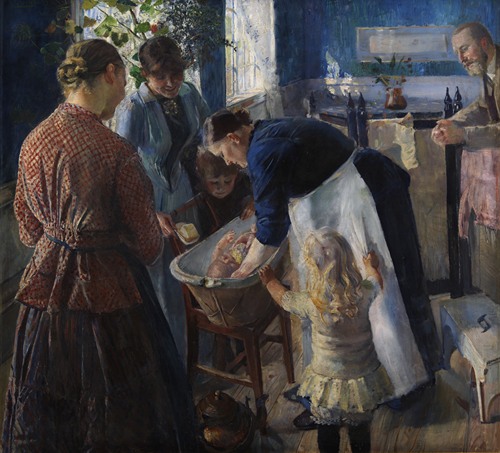 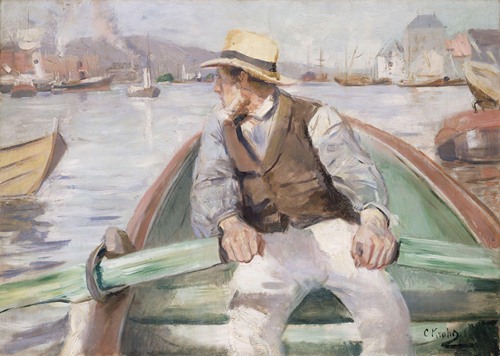 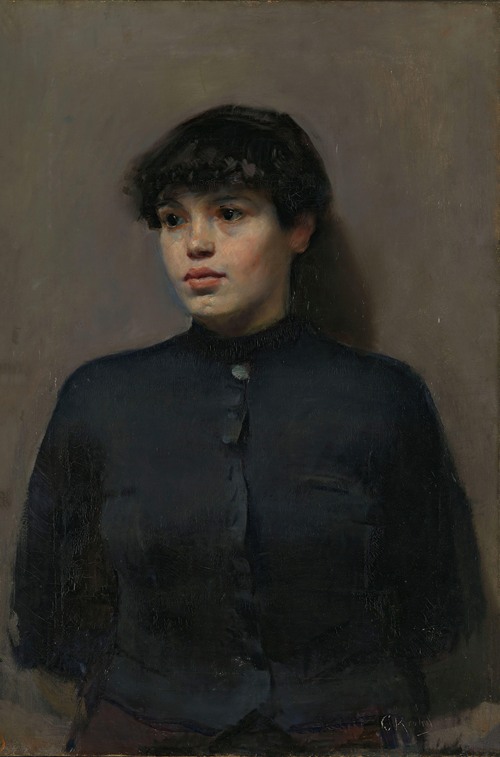 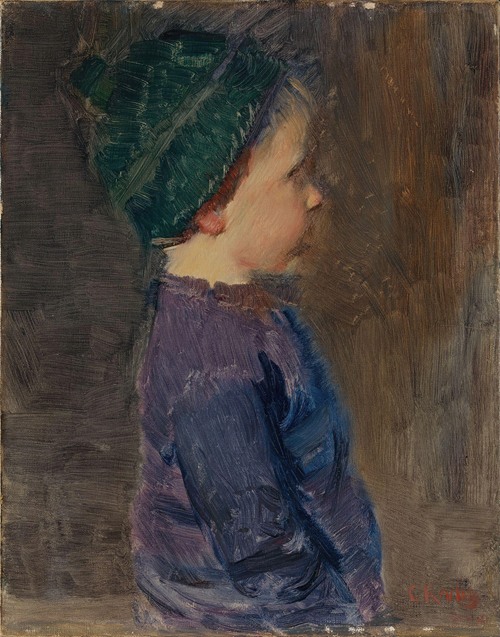