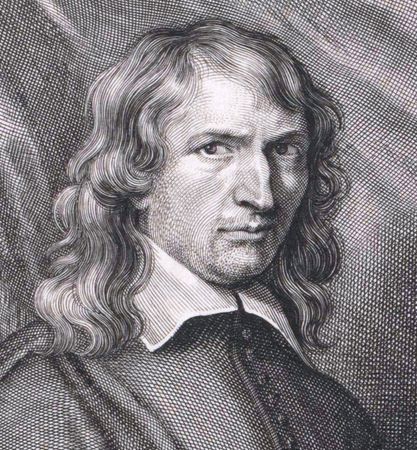 Abraham van Diepenbeeck was Dutch painter of the Flemish School.

Van Diepenbeeck was baptised in 's-Hertogenbosch. After having received a classical education, he became a pupil and assistant of Peter Paul Rubens. He handled mythological and historical subjects, as well as portraits. He went to Antwerp about 1629 and made his first successes in painting on glass, among his productions being windows in the cathedral there representing the "Acts of Mercy".

Similar work at the church of the Dominicans shows scenes from the "Life of Saint Paul". Van Diepenbeek was admitted to the guild of painters in 1638, and became director of the Royal Academy of Fine Arts (Antwerp) in 1641. It was after a visit to Italy that the artist began to paint chiefly in oil and to illustrate. Among his illustrations are fifty-eight designs engraved by Cornelis Bloemaert for Michel de Marolles' "Tableaux du Temple des Muses".

During the reign of Charles I of England, van Diepenbeeck was in England where, besides painting portraits of the first Duke of Newcastle and his family, the artist illustrated that nobleman's book on horsemanship. He died, aged 79, in Antwerp.

The Resurrection of the Dead

Virgin and Child in Heaven, with Putti