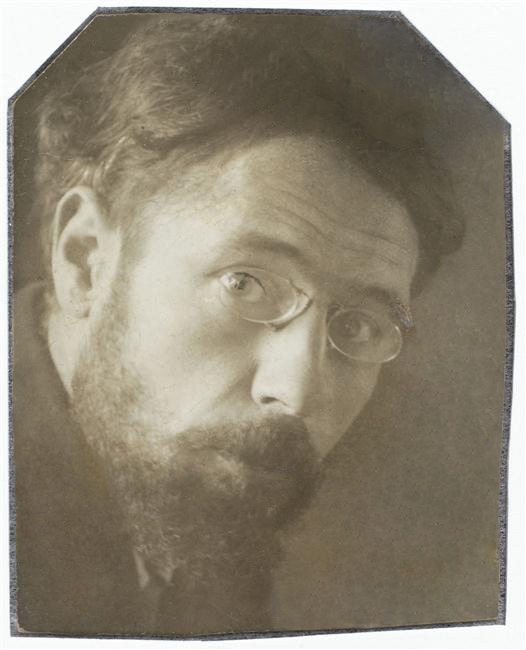 Pierre Bonnard was a French painter, illustrator and printmaker, known especially for the stylized decorative qualities of his paintings and his bold use of color. A founding member of the Post-Impressionist group of avant-garde painters Les Nabis, his early work was strongly influenced by the work of Paul Gauguin, as well as the prints of Hokusai and other Japanese artists. Bonnard was a leading figure in the transition from Impressionism to Modernism. He painted landscapes, urban scenes, portraits and intimate domestic scenes, where the backgrounds, colors and painting style usually took precedence over the subject.

Pierre Bonnard was born in Fontenay-aux-Roses, Hauts-de-Seine on 3 October 1867. His mother, Élisabeth Mertzdorff, was from Alsace. His father, Eugène Bonnard, was from the Dauphiné, and was a senior official in the French Ministry of War. He had a brother, Charles, and a sister, Andrée, who in 1890 married the composer Claude Terrasse.

He received his education in the Lycée Louis-le-Grand and Lycée Charlemagne in Vanves. He showed a talent for drawing and water colors, as well as caricatures. He painted frequently in the gardens of his parent's country home at Le Grand-Lemps near La Côte-Saint-André in the Dauphiné. He also showed a strong interest in literature. He received his baccalaureate in the classics, and, to satisfy his father, between 1886 and 1887 earned his license in law, and began practicing as a lawyer beginning in 1888.

While he was studying law, he also attended art classes at the Académie Julian in Paris. At the Académie Julien he met his future friends and fellow artists, Paul Sérusier, Maurice Denis, Gabriel Ibels and Paul Ranson.

In 1888 Bonnard was accepted by the École des Beaux-Arts, where he met Édouard Vuillard and Ker Xavier Roussel. He also sold his first commercial work of art, a design for poster for France-Champagne, which helped him convince his family that he could make a living as an artist. He set up his first studio at on rue Lechapelais and began his career as an artist.

From 1893 until her death, Bonnard lived with Marthe de Méligny (1869–1942), and she was the model for many of his paintings, including many nudes. Her birth name was Maria Boursin, but she had changed it before she met Bonnard. They married in 1925. In the years before their marriage, Bonnard had love affairs with two other women, who also served as models for some of his paintings, Renée Monchaty (the partner of the American painter Harry Lachmann) and Lucienne Dupuy de Frenelle, the wife of a doctor; it has been suggested that Bonnard may have been the father of Lucienne's second son. Renée Monchaty committed suicide shortly after Bonnard and de Méligny married.

Bonnard received pressure from a different direction to continue painting. While he had received his license to practice law in 1888, he failed in the examination for entering the official registry of lawyers. Art was his only option. After the summer holidays, he joined with his friends from the Academy Julien to form Les Nabis, an informal group of artists with different styles and philosophies but common artistic ambitions. At the time, Bonnard, as he later wrote, was entirely unaware of the impressionist painters, or of Gauguin and other new painters. His friend Paul Sérusier showed him a painting on a wooden cigar box he made after visiting Paul Gauguin at Pont-Aven, using, like Gauguin, patches of pure color. In 1890 Denis, at age twenty, formalized the doctrine: "a painting was simply "a surface plane covered with colors assembled in a certain order."

Some of the Nabis had highly religious, philosophical or mystical approaches to their paintings, but Bonnard remained more cheerful and un-ideological. The painter-writer Aurelien Lugné-Poe, who shared a studio at 28 rue Pigalle with Bonnard and Vuillard, wrote later, "Pierre Bonnard was the humorist among us; his nonchalant gaiety, and humor expressed in his productions, of which the decorative spirit always preserved a sort of satire, from which he later departed."

In 1891 he met Toulouse-Lautrec and in December 1891 showed his work at the annual exhibition of the Société des Artistes Indépendants. In the same year Bonnard also began an association with La Revue Blanche, for which he and Édouard Vuillard designed frontispiece In March 1891, his work was displayed with the work of the other Nabis at the Le Barc de Boutteville.

The style of Japanese graphic arts became an important influence on Bonnard. In 1893 a major exposition of works of Utamaro and Hiroshige was held at the Durand-Rouel Gallery, and the Japanese influence, particularly the use of multiple points of view, and the use of bold geometric patterns in clothing, such as checkered blouses, began to appear in his work. Because of his passion for Japanese art, his nickname among the Nabis became Le Nabi le trés japonard.

He devoted an increasing amount of attention to decorative art, designing furniture, fabrics, fans and other objects. He continued to design posters for France-Champagne, which gained him an audience outside the art world. In 1892 he began to produce lithographs, and painted two of his early notable works, Le Corsage a carreaux and La Partie de croquet. He also made a series of illustrations for the music books of his brother-in-law, Claude Terrasse.

In 1894 he turned in a new direction and made a series of paintings of scenes of the life of Paris. In his urban scenes, the buildings and even animals were the focus of attention; faces were rarely visible. He also made his first portrait of his future wife, Marthe, whom he married in 1925. In 1895 he became an early participant of the movement of Art Nouveau, designing a stained glass window, called Maternity, for Tiffany.

In 1895 he had his first individual exposition of paintings, posters and lithographs at the Durand-Ruel Gallery. He also illustrated a novel, Marie, by Peter Nansen, published in series by in La Revue Blanche. The following year he participated in a group exposition of Nabis at the Amboise Vollard Gallery. In 1899, he took part in another major exposition of works of the Nabis.

Throughout the early 20th century, as artistic styles appeared and disappeared with almost dizzying speed, Bonnard kept refining and revising his personal style, and exploring new subjects and media, but keeping the distinct characteristics of his work. Working in his studio at 65 rue de Douai in Paris, he presented paintings at the Salon des Independents in 1900, and also made 109 lithographs for Parallèment, a book of poems by Verlaine. He also took part in an exhibition with the other Nabis at the Bernheim Jeaune gallery. He presented nine paintings at the Salon des Independents in 1901. In 1905 he produced a series of nudes and of portraits, and in 1906 had a personal exposition at the Bernheim-Jeune Gallery. In 1908 he illustrated a book of poetry by Octave Mirbeau, and made his first long stay in the South of France, at the home of the painter Manguin in Saint-Tropez. in 1909, and in 1911 began a series of decorative panels, called Méditerranée, for the Russian art patron Ivan Morozov.

During the years of the First World War, Bonnard concentrated on nudes and portraits, and in 1916 completed a series of large compositions, including La Pastorale, Méditterranée, La Paradis Terreste and Paysage de Ville. His reputation in the French art establishment was secure; in 1918 he was selected, along with Renoir, as an honorary President of the Association of Young French Artists.

In 1938 his works and Vuillard were featured at an exposition at the Art Institute of Chicago. The outbreak of World War II in September 1939, forced Bonnard to depart Paris for the south of France, where he remained until the end of the war. Under the German occupation, he refused to paint an official portrait of the French collaborationist leader, Marechal Petain, but accepted a commission to paint a religious painting of Saint Francis de Sales, with the face of his friend Vuillard, who had died two years earlier.

He finished his last painting, The Almond Tree in Blossom, a week before his death in his cottage on La Route de Serra Capeou near Le Cannet, on the French Riviera, in 1947. The Museum of Modern Art in New York City organized a posthumous retrospective of Bonnard's work in 1948, although originally it was meant to be a celebration of the artist's 80th birthday.