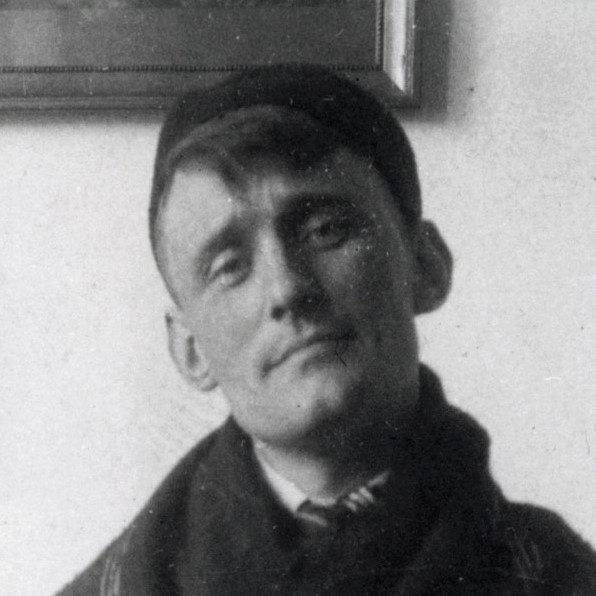 Willem Arondeus was a Dutch artist and author who joined the Dutch anti-Nazi resistance movement during World War II. He participated in the bombing of the Amsterdam public records office to hinder the Nazi German effort to identify Dutch Jews and others wanted by the Gestapo. Arondeus was caught and executed soon after his arrest. Yad Vashem recognized Arondeus as Righteous Among the Nations.

Arondeus was openly gay before the war and defiantly asserted his sexuality before his execution. His final words were: "Tell the people that homosexuals are not by definition weak."

Willem Johan Cornelis Arondeus was born in Naarden, as the youngest son of an Amsterdam fuel trader. His parents were Hendrik Cornelis Arondeus and Catharina Wilhelmina de Vries. He started working as an illustrator, designer of posters and tapestries and a painter. In 1923 he was commissioned to paint a large mural for Rotterdam City Hall. During that same period, he illustrated poems by J. H. Leopold, Pieter Cornelis Boutens and Martinus Nijhoff. He admired the older Dutch designer Richard Roland Holst, as can be seen in his work. He did not attain much fame and lived in impoverished circumstances.

Around 1935, he gave up visual arts and became an author. The poems and stories he had written in the 1920s went unpublished, but in the year 1938 he published two novels, Het Uilenhuis ('The Owls House') and In de bloeiende Ramenas ('In the Blossoming Winter Radish'), both illustrated with designs by Arondeus himself. The year 1939 saw the publication of his best work, Matthĳs Maris: de tragiek van den droom ('The Tragedy of the Dream'), a biography of the painter Matthijs Maris, who was a brother of the Dutch artists Jacob and Willem Maris. Two years later, Figuren en problemen der monumentale schilderkunst in Nederland ('Figures and Problems of Monumental Painting in the Netherlands') was published, again with designs by the author. At that date, however, Arondeus was already involved with the Dutch resistance movement.

In 1942, Arondeus started an underground periodical called the Brandarisbrief. In 1943, the Brandarisbrief merged with another publication called De Vrije Kunstenaar Through the merger, Arondeus met Gerrit van der Veen, the editor of De Vrije Kunstenaar. In the resistance, Gerrit van der Veen specialized in forging identity cards. As a result, Arondeus also became involved in creating forged documents, along with lesbian resistant Frieda Belinfante. A major detriment to the success of these forgeries was the Municipal Office for Population Registration as its existence made the forgeries less useful, since their legitimacy could be checked against the registration lists and determined to be fakes. Arondeus and van der Veen, along with a number of associates, developed a plan to destroy the registration office.

Their attack, which took place on 27 March 1943, was partially successful, and they managed to destroy 800,000 identity cards (15% of the records), and retrieve 600 blank cards and 50,000 guilders. The building was blown up and no one was caught on the night of the attack. However, due to an unknown betrayer, Arondeus was arrested on 1 April 1943. Arondeus refused to give up the rest of his team but his notebook was found, and as a result, a majority of the group were arrested as well.

On 18 June 1943, Arondeus was tried and sentenced to death, along with 13 other men who participated. Two of the group received clemency, but the others were executed on 1 July 1943. Arondeus pleaded guilty and took the full blame, which may be why two young doctors were spared from execution and given custodial sentences instead. Before his execution, Arondeus made a point of ensuring the public would be aware that he and two other men in the group, Bakker and Brouwer, were gay, asking either a friend or his lawyer (accounts vary) to: "Tell the people that homosexuals can be brave!"

In 1945, after the liberation of the Netherlands, Arondeus's family was awarded a posthumous medal by the Dutch government in his honor. In 1984, he was awarded the Resistance Memorial Cross. On 19 June 1986, Yad Vashem recognized Arondeus as Righteous Among the Nations.