Still Life With Vase Of Flowers

Francesco Caldei called Francesco Mantovano or Mantovani was an Italian painter, mainly known as a still-life painter of flowers, fruits, animals and musical instruments. He also collaborated on garland and allegorical paintings. He was an art valuer and may also have been active as an art dealer. He worked first in Rome and then for the rest of his career in Venice. Here his flower pieces with their Roman flavour and the pleasantness of composition earned the artist considerable commercial success with the Venetian bourgeoisie.

Little is known about the early life of Caldei. Only recent scholarship has identified the artist referred to in contemporary sources as 'Francesco Mantovano' was in fact properly called 'Francesco Caldei'. From contemporary records it has been deduced that he was born in the year 1587-88. His secondary name 'Mantovano' means 'from Mantua', which indicates that he was originally from the city of Mantua. He is believed to have apprenticed in Mantua in the period from 1600 to 1609. The presence of Caldei in Mantua is documented in a letter sent by Marco Boschini to Leopoldo de' Medici which states that Chaldei had authenticated a portrait of Frans Pourbus the Younger whom Caldei had testified to having known and frequented in Mantua.

In the second half of 1625 Caldei moved from Rome to Venice. In the same period the Flemish painter Nicolas Régnier and the German painter Joseph Heintz the Younger also moved to Venice. Caldei would remain close to these two painters for the rest of his life. He made bequests to them in his first testament of 1663. He also maintained a close relationship with Régnier's son-in-law, the Flemish painter Daniel van den Dyck who later became the court painter of the Dukes of Mantua. Caldei is recorded in Venetian records from 1636 onwards. In the 1642 census of the Provveditori alla Sanità a Francesco Mantovano is recorded as living with a boy, perhaps an apprentice, and a woman. On 2 December 1648 the Gonzaga resident in Venice Francesco Framberti sent four paintings of fruits to the Duke of Mantua specifying that they had been painted by a Mantuan painter who had been artistically trained in Rome. It is believed that this artist was Caldei.

In July 1651 Caldei married Giovanna de Poli, a widow. In the wedding contract, dated 6 July 1657, the amount of the dowry and its destination at the death of her husband were specified. On 21 November 1660 his wife wrote her will. It is not clear when she died. The biographer Marco Boschini dedicated some quatrains to Francesco Mantovano and inserted a woodcut derived of one his paintings in an gallery of famous Venetian painters in his La carta del navegar pitoresco, which was published in 1660.

In 1661 Caldei is cited as an expert and intermediary for the sale of statues owned by the nobleman Pietro Marcello to Charles II, Duke of Mantua and Montferrat. In 1663 the painter is included in the Fifth Catalogue of painters of name who currently live in Venice which Giustiniano Martinioni added to his Venetia città nobilissima et singolare descritta in XIII libri da M. Francesco Sansovino. On 21 November 1663 he made a will. From the will it is clear that his first wife had died and that he had not yet remarried. In 1665 the artist was hired as assessor of the inventory of Giuseppe Martis' estate. In 1672 he was again mentioned in the same role, this time for the estate of the painter Giovan Andrea Fumiani. 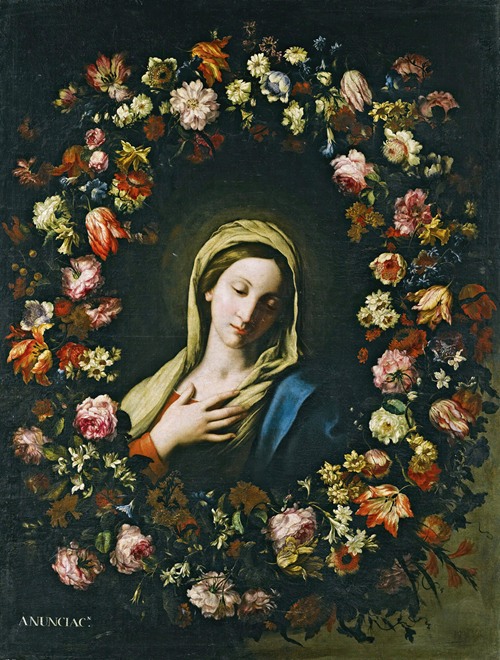 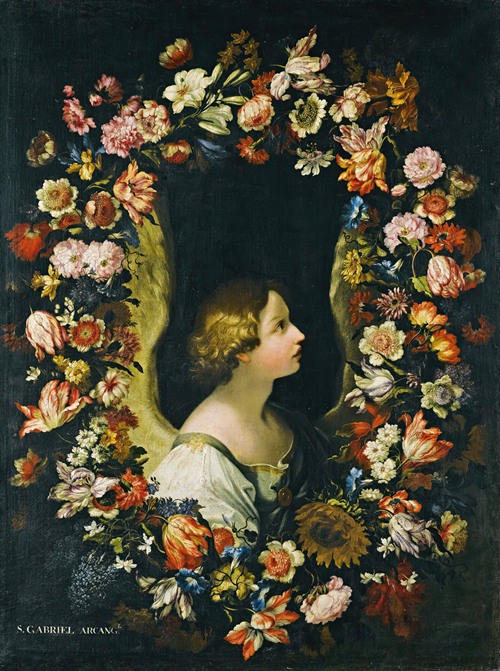 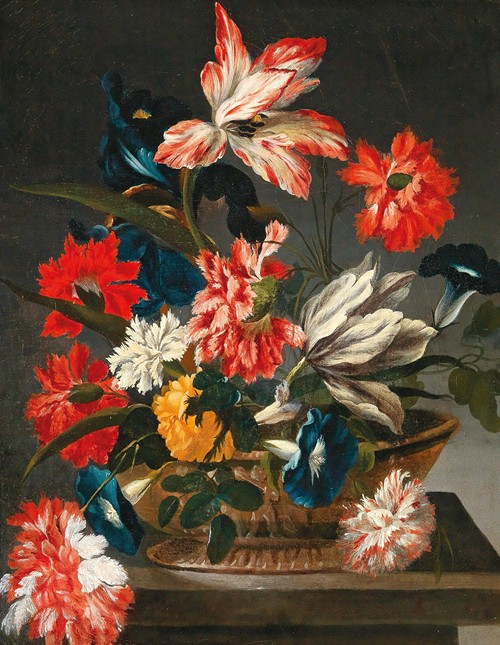 Flowers in a decorative vase on a stone ledge 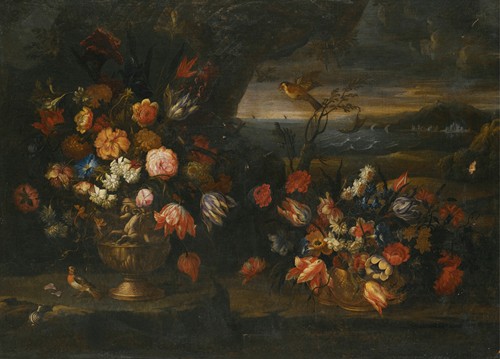 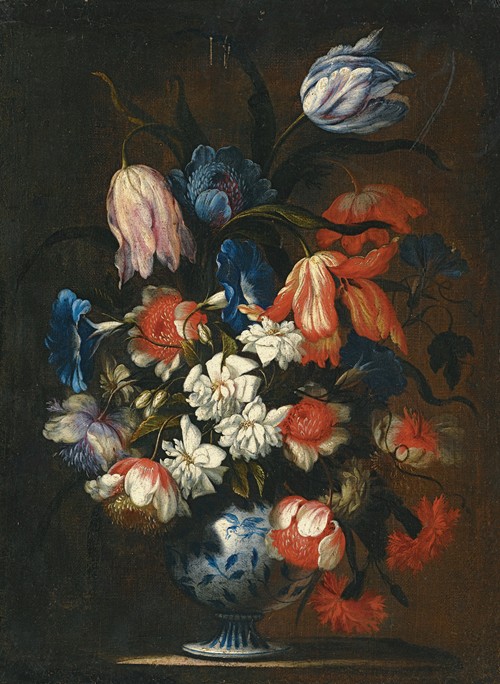 A Still Life With Tulips, Carnations And Other Flowers In A Blue And White Porcelain Vase 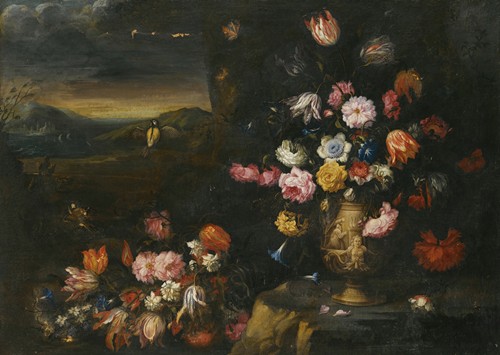 Flowers in a decorative vase on a stone ledge

A Still Life With Tulips, Carnations And Other Flowers In A Blue And White Porcelain Vase