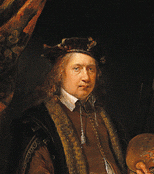 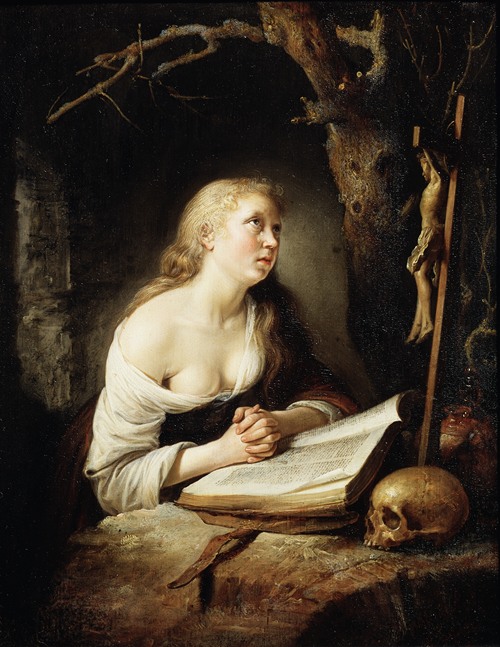 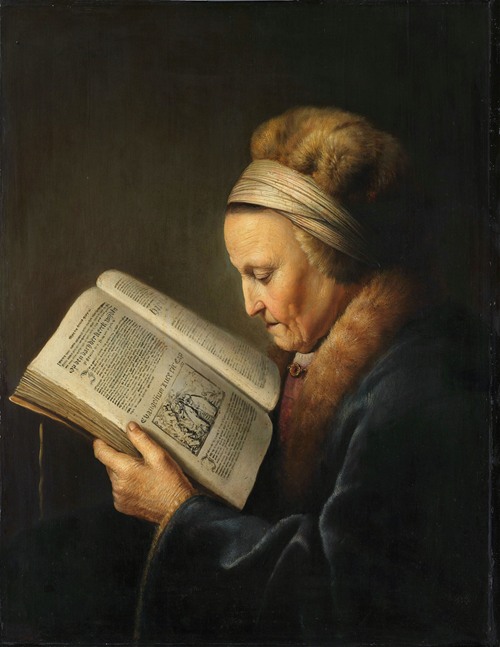 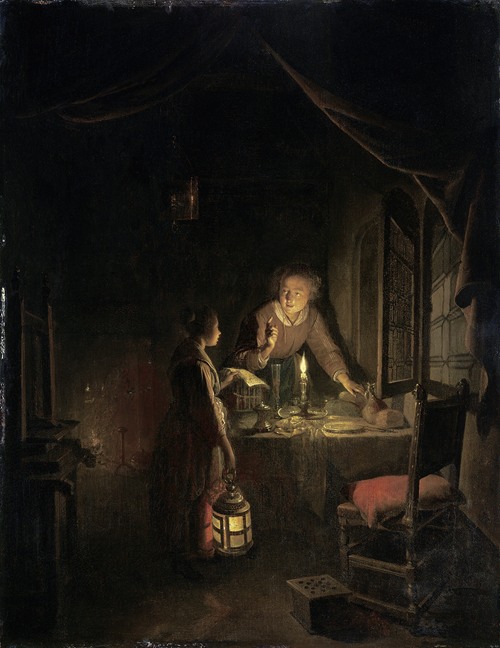 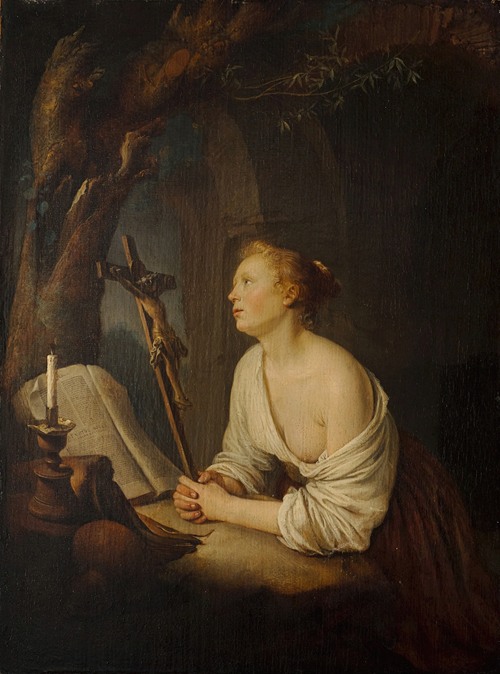 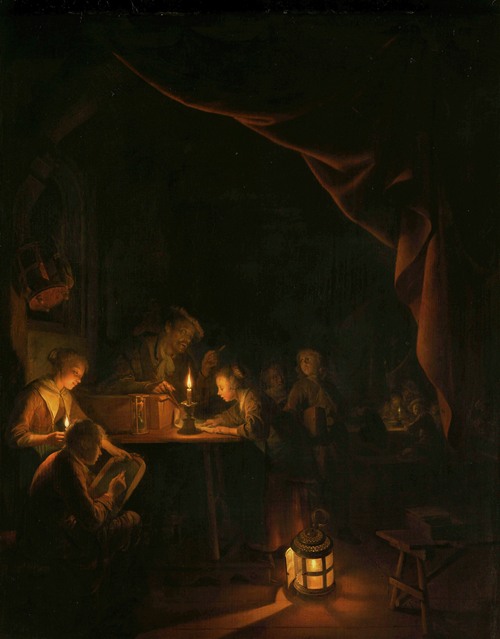 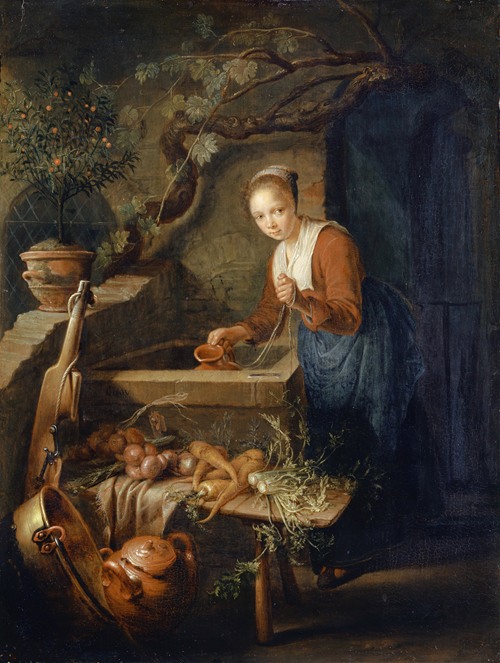 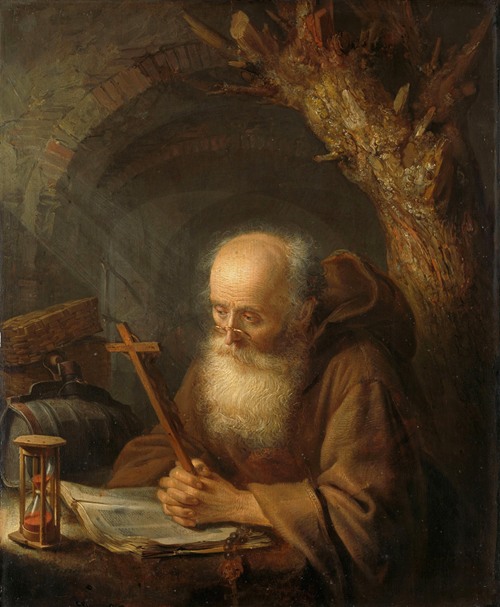 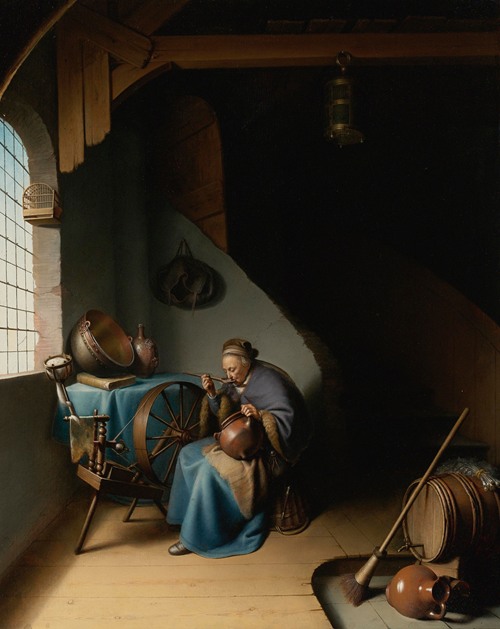 An Elderly Woman, Seated By A Window At Her Spinning Wheel, Eating Porridge