Scene of a Bacchanalia 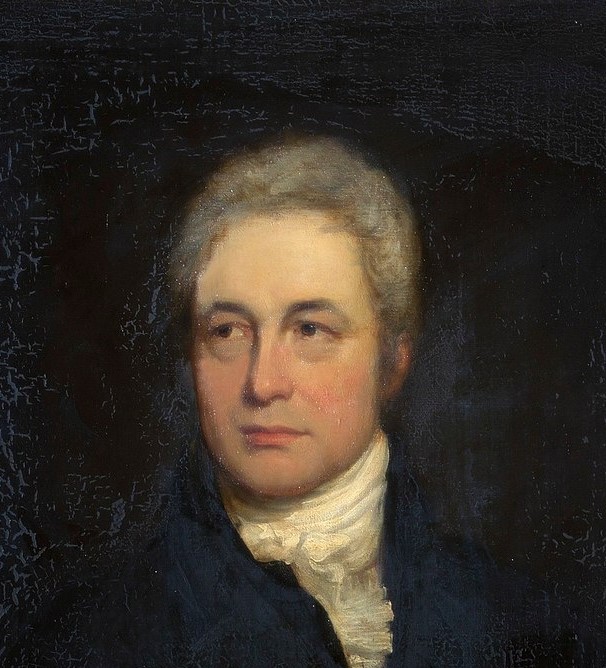 Robert Smirke RA was an English painter and illustrator, specialising in small paintings showing subjects taken from literature. He was a member of the Royal Academy.

Smirke was born at Wigton near Carlisle, the son of a travelling artist. When he was twelve he was apprenticed to a heraldic painter in London, and at the age of twenty began to study at the Royal Academy Schools.

In 1775 he became a member of the Incorporated Society of Artists, with which he began to exhibit by sending five works; he showed works there again in 1777 and 1778. In 1786 he exhibited Narcissus and The Lady and Sabrina ( a subject from Milton's Comus) at the Royal Academy; these were followed by many works, usually small in size, illustrative of the English poets, especially James Thomson.

In 1791 Smirke was elected an associate of the Royal Academy, in which year he exhibited "The Widow". He became a full academician in 1793, when he painted as his diploma work Don Quixote and Sancho. His last contribution to the academy, entitled Infancy, appeared in 1813, but he continued to exhibit occasionally elsewhere until 1834.

In 1804 he was nominated to succeed Joseph Wilton as keeper to the Royal Academy, but George III refused to sanction the appointment on account of his revolutionary political opinions, and the appointment went instead to Henry Fuseli.

In 1815 the British Institution upset many British artists by a preface to the catalogue of their exhibition of Old Masters, The Catalogues Raisonnés, implying rather too strongly that British artists had a lot to learn from them. Smirke is generally accepted as the author in 1815–16 of a series of satirical "Catalogues Raisonnés", which savagely lampooned the great and the good of British art patronage. Of his sons, Richard Smirke (1778–1815), was a notable antiquarian artist. Robert and Sydney both became notable architects and were both elected members of the Royal Academy. His fourth son, Edward was a noted lawyer and antiquary. There is a portrait of Smirke by John Jackson taken from an original picture by Mary Smirke, engraved by Charles Picart. Sir William John Newton painted several miniatures of him.

Isabella and Mariana Kneeling Before the Duke (1822)

First Design of a Battle Scene

Illustration for an Eastern Romance, possibly ‘The Arabian Nights’ (with female figure reclining at left)