Robert B. Goergen, Chairman of the Board of Trustees, University of Rochester, Rochester, New York

Artworks still under copyright are only for informational or educational purposes under fair use guidelines. Using these images for any other purpose without contacting the copyright holder is strictly prohibited.
Daniel Greene's Website 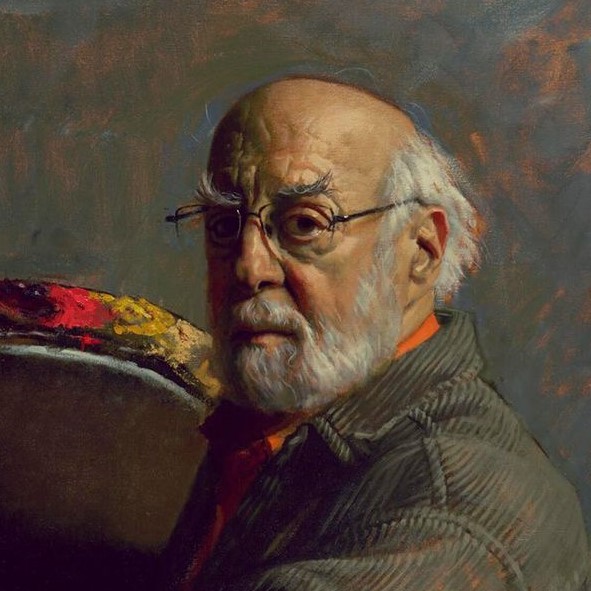 Daniel Greene was born in 1934 in Cincinnati, Ohio, and died on April 5, 2020 in North Salem, NY. He was 86 years old. He studied at the Art Academy of Cincinnati 1944-46, and the Art Students League of New York 1953-55. He is the author of the book “Pastel” that was in print for 25 years and “The Art of Pastel”, which were published in English, French, Spanish, Italian and Chinese. He also has produced six instructional videos in the subjects of portrait drawing, color method, pastel and oil painting.

Greene lived and worked in New York State. His popular workshops were held each summer in his studio in North Salem, NY. He was married to Wende Caporale, who is also a portrait artist and illustrator and works in pastel and oil painting. In the past, he worked as an instructor of painting at the National Academy of Design and the Art Students League of New York. Greene has taught over 10,000 students in the United States and abroad.