Artworks still under copyright are only for informational or educational purposes under fair use guidelines. Using these images for any other purpose without contacting the copyright holder is strictly prohibited.
Anne Packard's Website 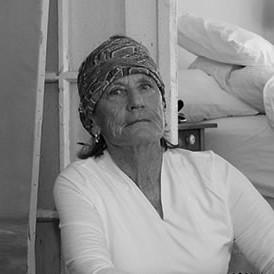 Packard was born in 1933 in Hyde Park, New York. While growing up in Hyde Park, she spent her childhood summers in Provincetown, Massachusetts.

She comes from a family of artists, including her grandmother, Zella, and grandfather, Max Bohm, a 19th- and 20th-century romantic impressionist who was one of the founding members of an artist colony in Provincetown. She studied at Bard College in New York, and moved to Provincetown in 1977, where she apprenticed under Philip Malicoat.

Her daughters Cynthia Packard and Leslie Packard are also notable painters. Her son, Michael Packard, is the only person in recorded history to have been inside a whale's mouth and survive; he was freed as the whale dislodged him from its mouth.

Where the Land Meets the Sea