The Artist died in 1823 so this work is in the public domain in its country of origin and other countries where the copyright term is the Artist's life plus 70 years or fewer. 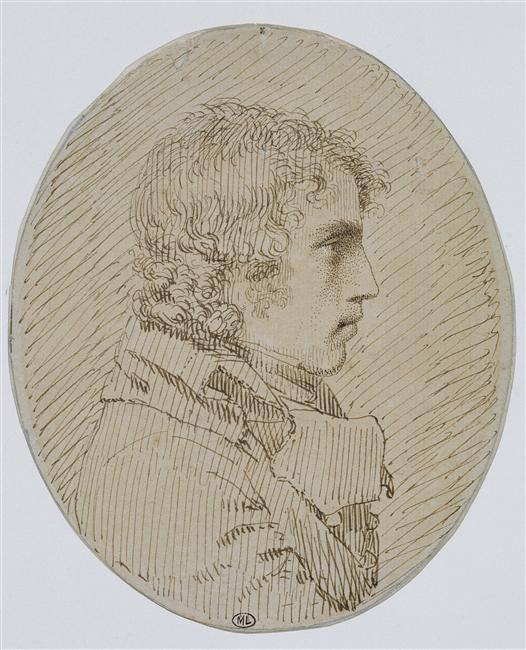 Pierre-Paul Prud'hon was a French Romantic painter and draughtsman best known for his allegorical paintings and portraits such as Madame Georges Anthony and Her Two Sons (1796). Notably, he painted a portrait of each of Napoleon's two wives.

He was an early influence on Théodore Géricault.

Pierre-Paul Prud'hon was born in Cluny, Saône-et-Loire, France. He received his artistic training in the French provinces and went to Italy when he was twenty-six years old to continue his education. On his return to Paris, he found work decorating some private mansions. His work for wealthy Parisians led him to be held in high esteem at Napoleon's court.

His painting of Josephine portrays her not as an Empress, but as a lovely, attractive woman, which led some to think that he might have been in love with her. After the divorce of Napoleon and Josephine, he was also employed by Napoleon' s second wife Marie-Louise.

Prud'hon was at times clearly influenced by Neo-classicism, at other times by Romanticism. Appreciated by other artists and writers such as Stendhal, Delacroix, Millet and Baudelaire for his chiaroscuro and convincing realism, he is probably most famous for his Crucifixion (1822), which he painted for St. Etienne's Cathedral in Metz. Crucifixion now hangs in the Louvre.

The young Théodore Géricault had painted copies of work by Prud'hon, whose "thunderously tragic pictures" include his masterpiece, Justice and Divine Vengeance Pursuing Crime, where oppressive darkness and the compositional base of a naked, sprawled corpse obviously anticipate Géricault's painting The Raft of the Medusa.