Prometheus Being Chained By Vulcan (1623)

The Artist died in 1624 so this work is in the public domain in its country of origin and other countries where the copyright term is the Artist's life plus 70 years or fewer.

Dirck Jaspersz. van Baburen was a Dutch painter and one of the Utrecht Caravaggisti.

Dirck van Baburen was probably born in Wijk bij Duurstede, but his family moved to Utrecht when he was still young. He was also known as Teodoer van Baburen and Theodor Baburen. The earliest reference to the artist is in the 1611 records of the Utrecht Guild of St. Luke as a pupil of Paulus Moreelse. Sometime between 1612 and 1615, he travelled to Rome. There, he collaborated with fellow countryman David de Haen and befriended the close follower of Caravaggio, Bartolomeo Manfredi. Baburen also came to the attention of the art collectors and patrons Vincenzo Giustiniani and cardinal Scipione Borghese, and possibly under their influence he received the commission to paint the altarpiece of the Entombment for the chapel of the Pietà in San Pietro in Montorio around 1617. Baburen was one of the earliest artists to belong to the group of Dutch-speaking artists active in Rome in the seventeenth-century known as the "Bentvueghels" ("Birds of a Feather"); his nickname was "Biervlieg" ("Beer Fly", or one who drinks a lot).

In late 1620, Baburen returned to Utrecht, where he began painting genre scenes. Until his death in 1624 the painter, along with Hendrick ter Brugghen and Gerard van Honthorst, helped establish the stylistic and thematic innovations now known as the Utrecht School of Caravaggisti. He was buried on 28 February 1624 in the Buurkerk, a medieval church which now houses the Museum Speelklok. Around 1629, Constantijn Huygens noted Baburen as one of the important Dutch painters active in the early decades of the seventeenth century.

Dirck van Baburen's career was short, and only a few of his paintings are known today. He mostly painted religious subjects in Rome, including the San Pietro in Montorio Entombment that is indebted to Caravaggio's version of the same subject in the Vatican Museums. Baburen also painted a Capture of Christ (Borghese Gallery) for Scipione Borghese and Christ Washing the Feet of the Apostles (Gemäldegalerie, Berlin) for Vincenzo Giustiniani.

The Utrecht works made between 1621 as 1624, the final years of Baburen's career, merged the visual characteristics learnt from Caravaggio and Manfredi into genre, mythological and history painting. Prometheus Being Chained by Vulcan (Rijksmuseum, Amsterdam), for example, adapts Caravaggio's upside-down figure of St. Paul from the Conversion of St. Paul (Santa Maria del Popolo, Rome) for the position of the fallen Prometheus, who was punished for stealing fire from the gods and giving it to mortals.

He was among the first artists to make use of genre subjects such as musicians and cardplayers. One of his best-known works is The Procuress (Museum of Fine Arts, Boston). It depicts a man offering a coin for the services of a lute-playing prostitute while an old woman, the lady's procuress, inspects his money. This painting (or a copy) was owned by Johannes Vermeer's mother-in-law and appears in two of that artist's works, The Concert (stolen from the Isabella Stewart Gardner Museum, Boston) and Woman Seated at a Virginal (National Gallery, London). Han van Meegeren forged copy of this work which he may have intended to use as a prop in his forgeries of Vermeer. 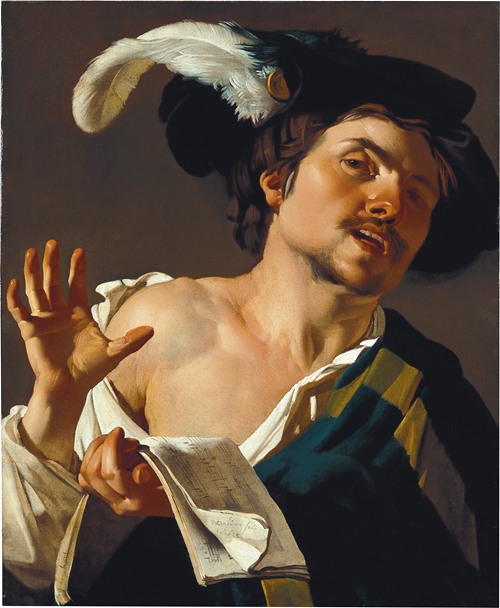 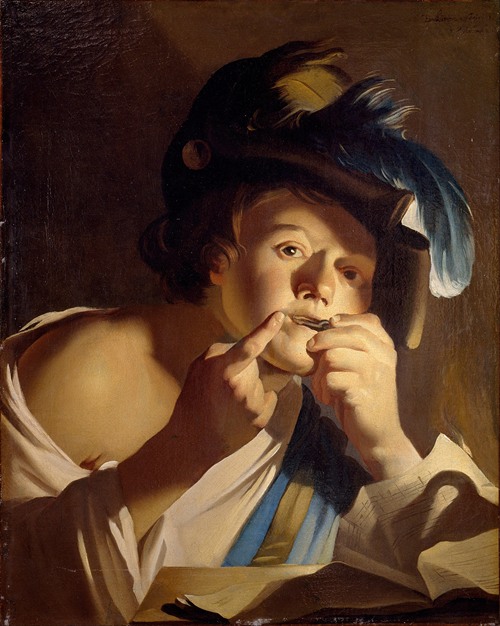 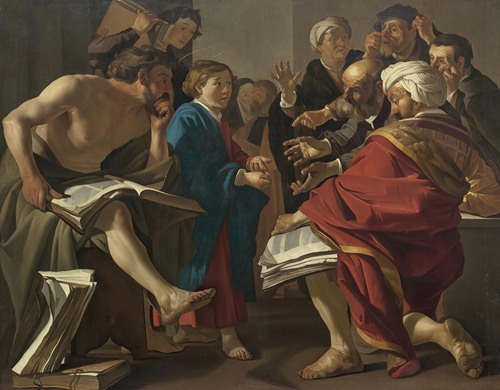 Christ Among The Doctors 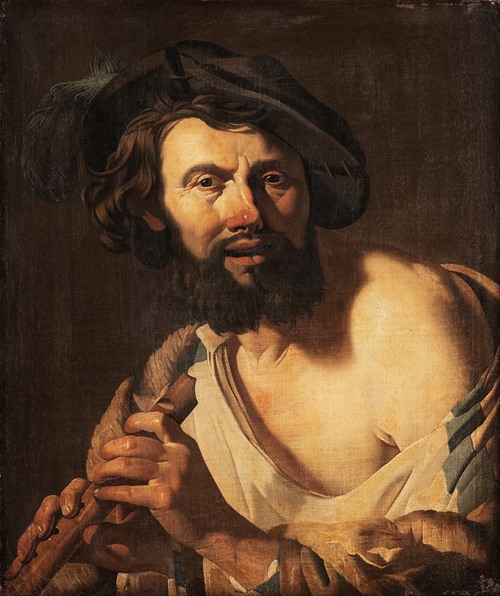 Man with a flute 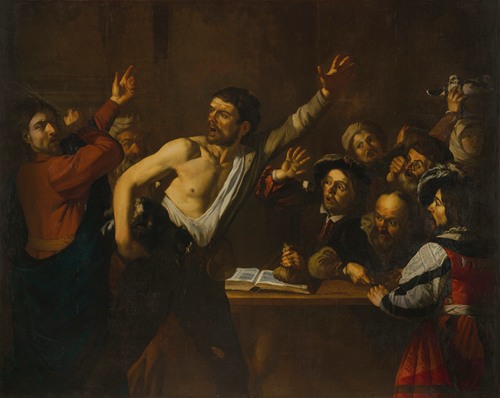 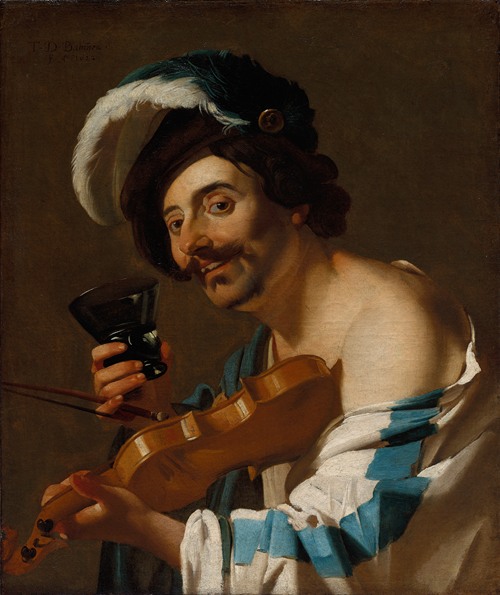 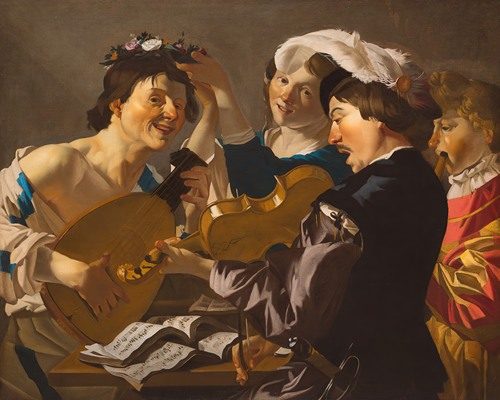 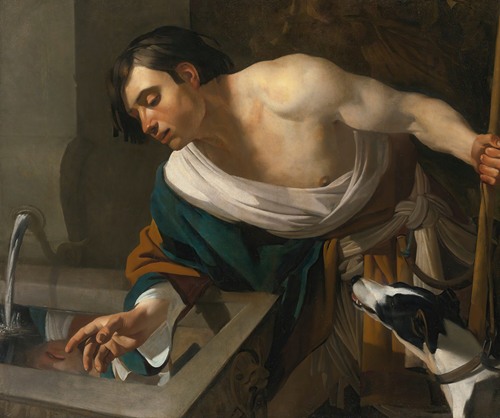 Narcissus Gazing At His Reflection

Christ Among The Doctors

Man with a flute