The Artist died in 1622 so this work is in the public domain in its country of origin and other countries where the copyright term is the Artist's life plus 70 years or fewer.

Frans Pourbus the Younger was a Flemish painter, son of Frans Pourbus the Elder and grandson of Pieter Pourbus. He was born in Antwerp and died in Paris. He is also referred to as "Frans II".

Pourbus worked for many of the highly influential people of his day, including the Brussels-based Spanish Regents of the Netherlands, the Duke of Mantua and Marie de' Medici, Queen of France. Works of his can be found in the Royal Collection, the National Museum in Warsaw, the Louvre, the Prado, the Rijksmuseum, the Royal College of Art, the Metropolitan Museum of Art and many other museums.

Pourbus was best known for portraits, but created some history paintings. He produced portraits that were pleasing to his patrons, but rarely providing his works with dramatic situations, or even landscape backgrounds. He is noted for his depiction of costume, jewellery and draperies, as in his portrait of Henry IV of France (below).

Pourbus completed his apprenticeship in Antwerp in 1591. At the end of the 16th century, he worked for Archduke Albert and the Infanta Isabella in Brussels. On 27 June 1600, he was paid for a portrait of the Infanta (see below). This was subsequently presented to Anne of Denmark (wife of James VI and I) by the Ambassador of the Spanish Netherlands and this work remains in the Royal Collection.

In 1600, he was recruited as court painter in Mantua by Vincenzo Gonzaga, Duke of Mantua who met him when Gonzaga was on a visit to the Netherlands buying works of art. Within months of his appointment, Peter Paul Rubens arrived at the Mantuan court, but there is no evidence of hostility between the two. In 1609, Pourbus moved to Paris at the instigation of Marie de Médici (see her portrait below). It was here that he perfected his style. He worked as Marie de Médici's court painter until his death.

Pourbus is noted for his depiction of costume, jewellery and draperies.

He died in Paris and was buried on 19 February 1621/2. The exact date of his death is unknown.

More Artwork by Frans Pourbus The Younger (View all 10 Artworks) 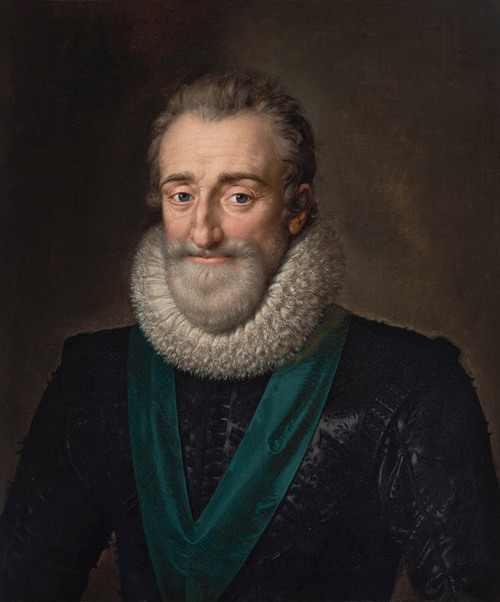 Portrait of Henry IV of France 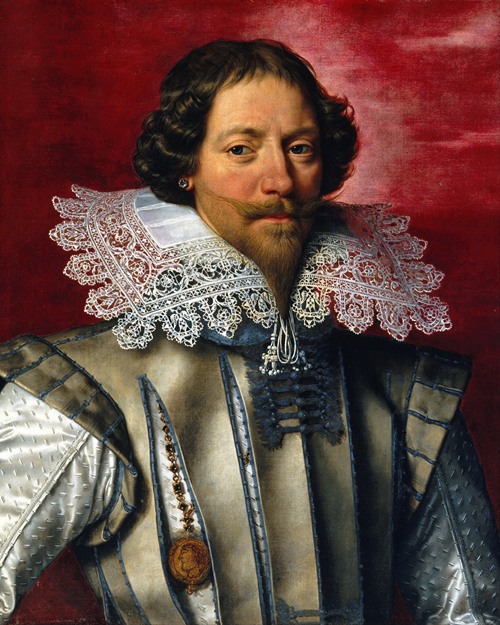 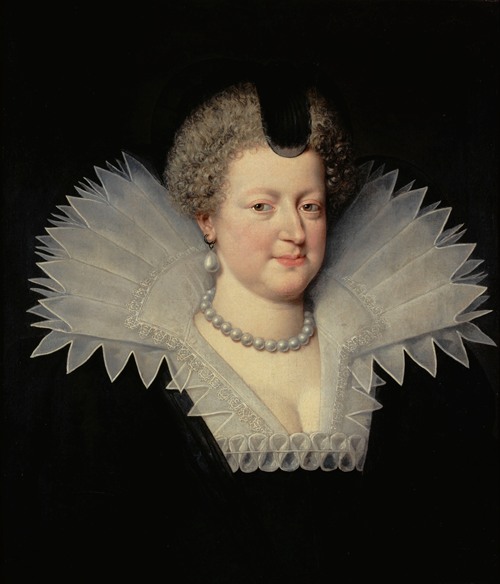 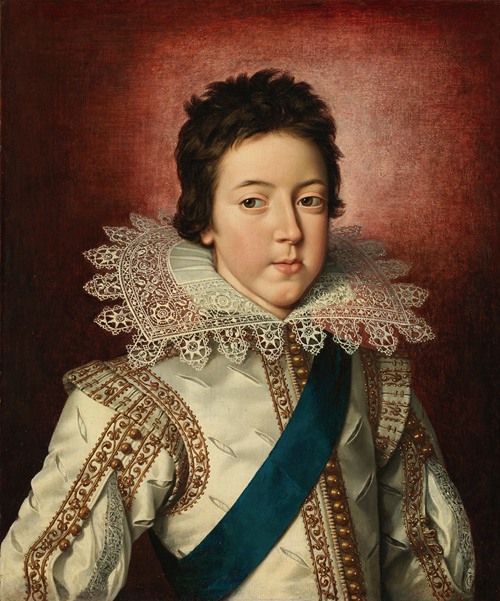 Portrait of Louis XIII, King of France as a Boy (circa 1616) 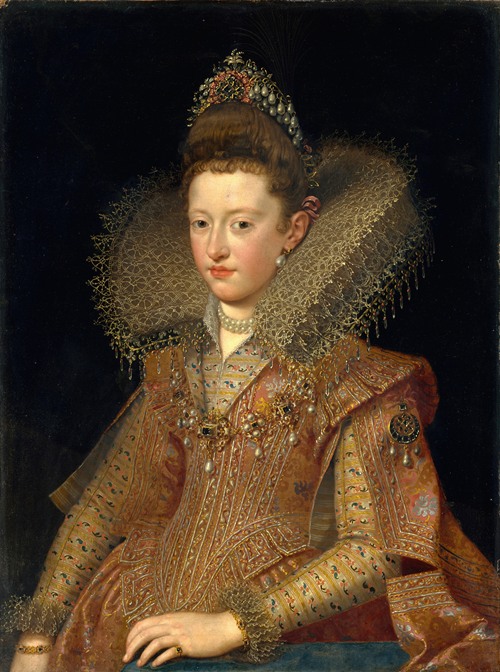 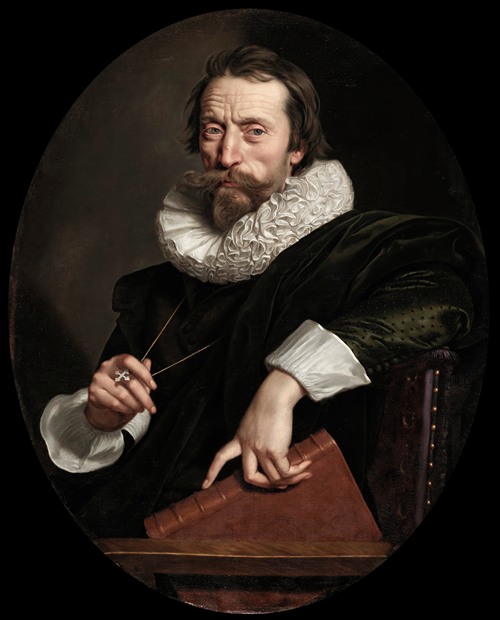 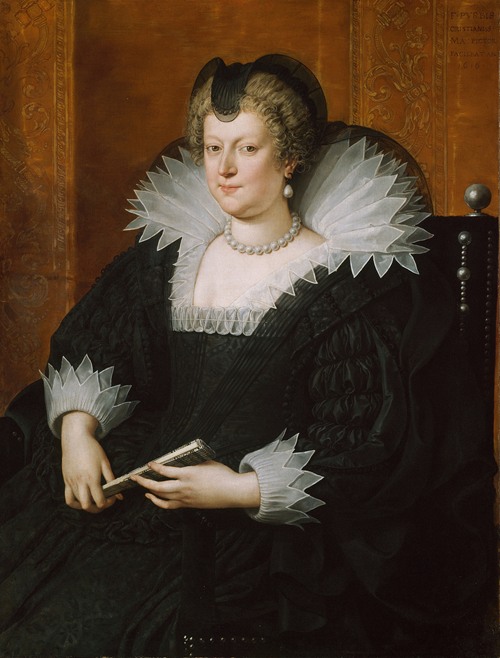 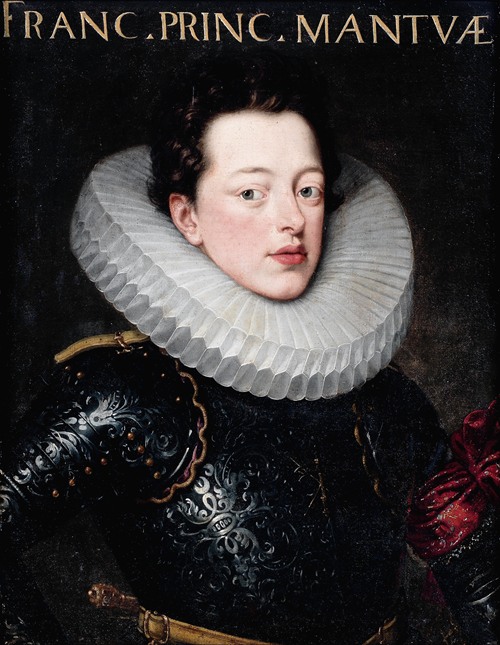 More Artwork by Frans Pourbus The Younger (View all 10 Artworks)

Portrait of Henry IV of France

Portrait of Louis XIII, King of France as a Boy (circa 1616)