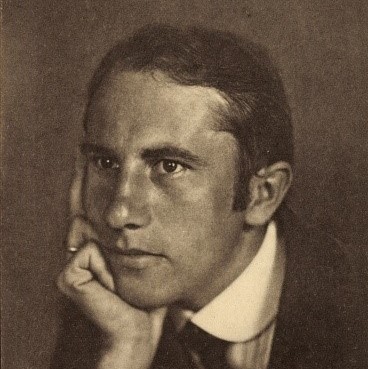 Heinrich Mathias Ernst Campendonk was a painter and graphic designer born in Germany who became a naturalized Dutch citizen.

Campendonk was born in Krefeld, North Rhine-Westphalia, Germany. He was the son of a textile merchant, and served a textile apprenticeship until 1905. From 1905 to 1909, he received artistic education from Johan Thorn Prikker at the Handwerker- und Kunstgewerbeschule, a progressive school for arts and crafts. He became friends with Helmuth Macke [de], August Macke, Wilhelm Wieger, Franz Marc and Paul Klee during this time.

He was a member of the Der Blaue Reiter group from 1911 to 1912. When the Nazi regime came to power in 1933, he was among the many modernists condemned as degenerate artists, and prohibited from exhibiting. He moved to the Netherlands, where he spent the rest of his life working at the Rijksakademie in Amsterdam, first teaching Decorative Art, printmaking and stained-glass, then as the Academy Director. He died as a naturalized Dutchman on 9 May 1957 in Amsterdam.

Interior with Head and Still Life (1921)

Composition with Female Nude and Animals (1916)