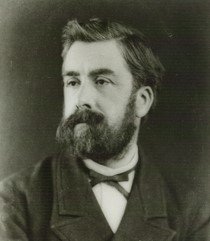 Anthonij (Anton) Rudolf Mauvewas a Dutch realist painter who was a leading member of the Hague School. He signed his paintings 'A. Mauve' or with a monogrammed 'A.M.'. A master colorist, he was a very significant early influence on his cousin-in-law Vincent van Gogh.

His best-known paintings depict peasants working in the fields. His paintings of flocks of sheep were especially popular with American patrons, so popular that a price differential developed between scenes of "sheep coming" and "sheep going".

Anton Mauve was born on 18 September 1838 in Zaandam, a town in the Dutch province of North Holland. A year after his birth, his father Willem Carel Mauve, a Mennonite chaplain, was sent to Haarlem, the capital city of the province where Mauve grew up.

He was apprenticed to the painter Pieter Frederik van Os followed by Wouter Verschuur. In his further development he worked with Paul Gabriël, painting from nature, and they regularly stayed and worked together at Oosterbeek, the 'Dutch Barbizon'. He was a friend of Jozef Israëls and Willem Maris and, encouraged by their example, he abandoned his early highly finished manner for a freer, looser method of painting, and the brilliant palette of his youthful work for a tender lyric harmony which is generally restricted to delicate greys, greens, and light blue. Most of Mauve's work depicts people and animals in outdoor settings.

In 1872, Mauve settled in The Hague where he became a leading member of the Hague School of painters and one of the founders of the Hollandsche Teekenmaatschappij in 1876, as well as playing a leading role in the development of the Pulchri Studio, The Hague's most influential art society at the time.

In the last two years of his life, Mauve settled in the village of Laren in the region surrounding Hilversum called het Gooi. The group of painters who settled there, including Jozef Israëls and Albert Neuhuys, came to be known collectively as the Larense School and the region around het Gooi was dubbed 'Mauve land' as far afield as the United States. Mauve will have influenced many other painters one of whom was the Scottish painter, Robert McGregor (1847-1922). 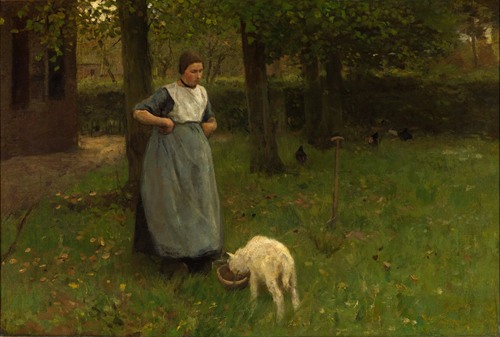 Woman from Laren with lamb 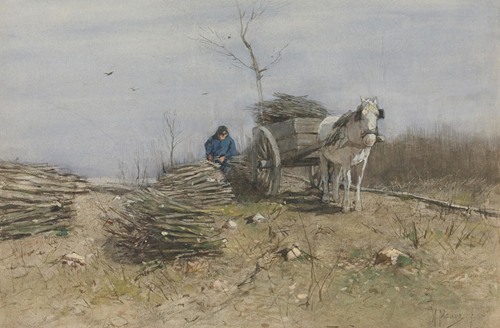 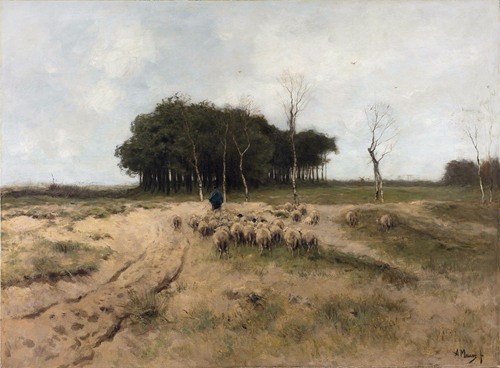 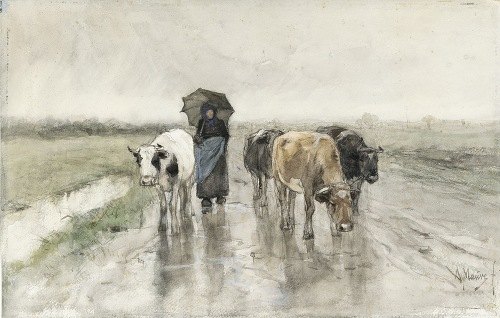 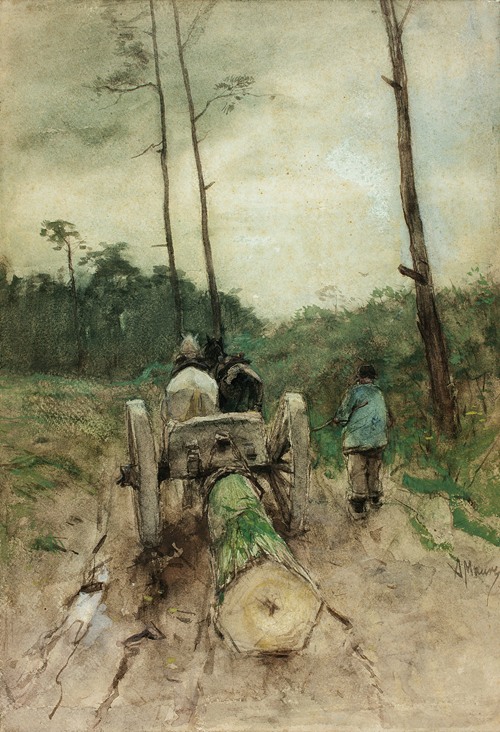 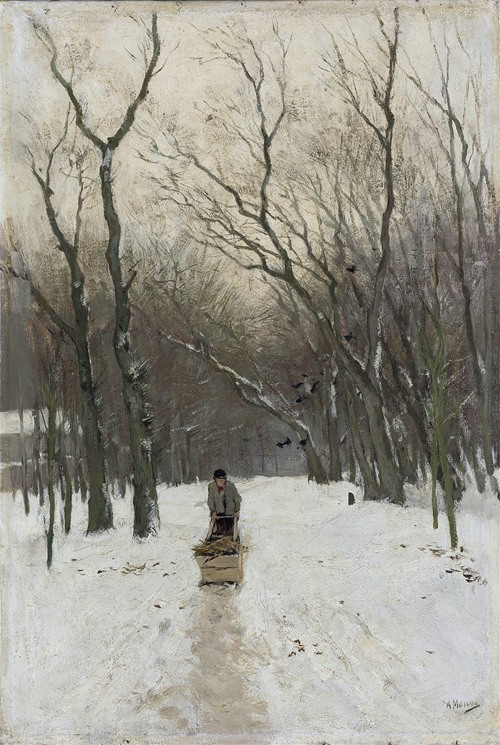 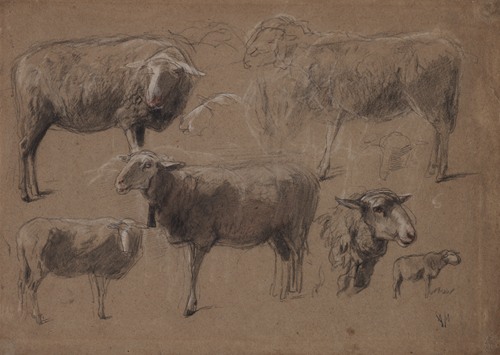 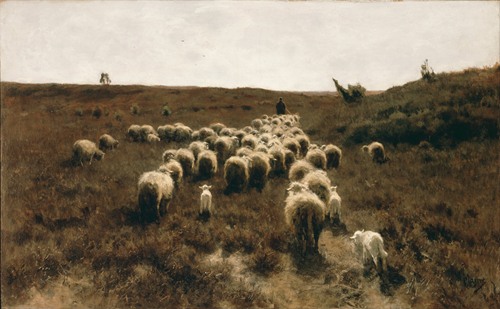 The Return of the Flock, Laren

Woman from Laren with lamb