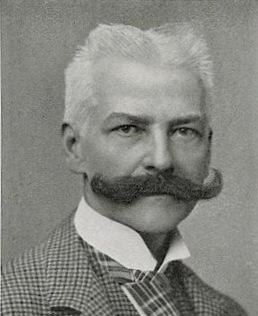 Albert von Keller was a German painter of Swiss ancestry. He specialized in portraits and indoor scenes. Female figures are a prominent feature of his work.
Keller was born in Gais, Switzerland. He was one of eight children born to Caroline Keller, who was divorced at the time of his birth. As was customary, she had resumed the use of her maiden name. Her ex-husband's brother may have been his true father. When he was three, after several moves, the family settled in Bayreuth where he attended primary school and took piano lessons. In 1852, his mother became a citizen of Bavaria and, by extension, so did he. Sometime in mid 1854, they relocated to Munich and he was enrolled at the Maximiliansgymnasium [de]. He graduated in 1863 and transferred to Ludwig Maximilian University to study law.

After 1865, he decided to pursue a career in art instead, but spent only a short time at the Academy of Fine Arts. He made numerous study trips throughout Germany, France, Italy and the Low Countries. From 1867 he worked at several different studios throughout Munich, including that of Arthur von Ramberg, where he drew nude studies. He had his first showing at the Glaspalast in 1869 and became a member of Allotria [de], an artists' association, in 1873.
He exhibited at the Salon for the first time in 1883, while living in Paris. In 1886, he became a member of the new "Munich Psychological Society"; actually a group devoted to the paranormal, founded by Albert von Schrenck-Notzing. Soon he began representing parapsychological motifs, connected to Christian themes, with visions and hallucinations. In 1892, he was one of the co-founders of the Munich Secession and served as Vice President from 1904 to 1920. He was also a board member of the Deutscher Künstlerbund. In 1898, he received the Knight's Cross of the Order of Merit of the Bavarian Crown, which entitled him to use the noble "von" in his name. 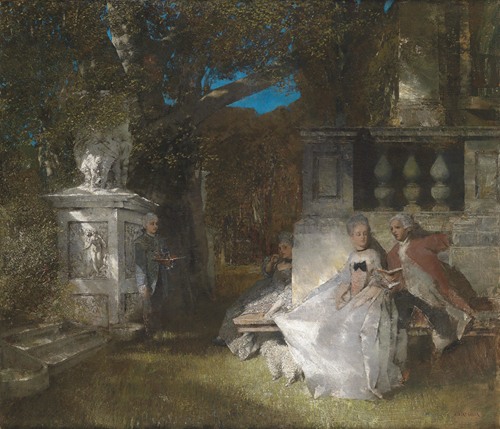 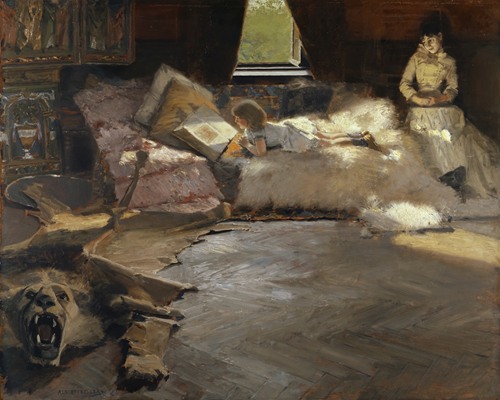 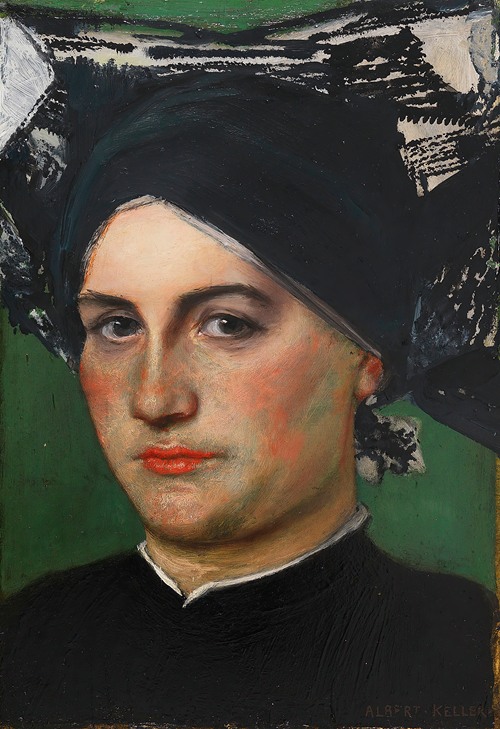 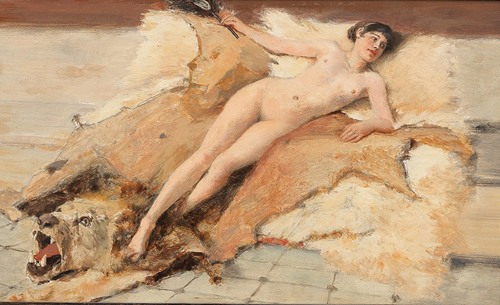 Female Nude on a Lion Pelt 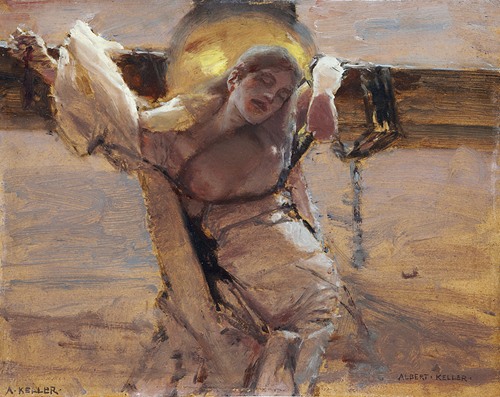 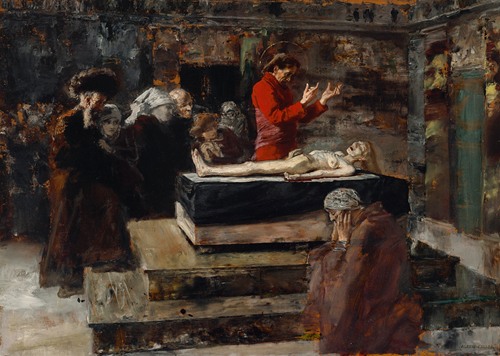 The Raising of Jairus’s Little Daughter (before 1886) 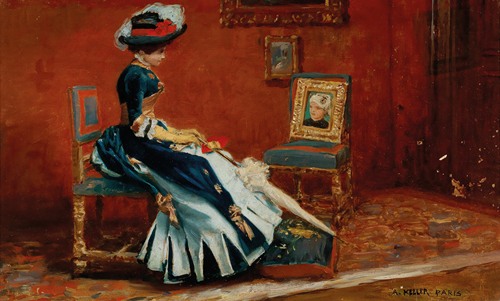 Paris, A Young Lady In A Gallery 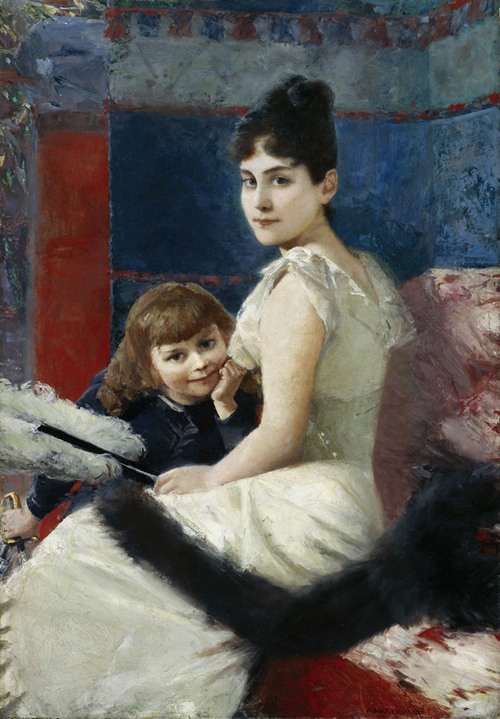 Female Nude on a Lion Pelt

The Raising of Jairus’s Little Daughter (before 1886)