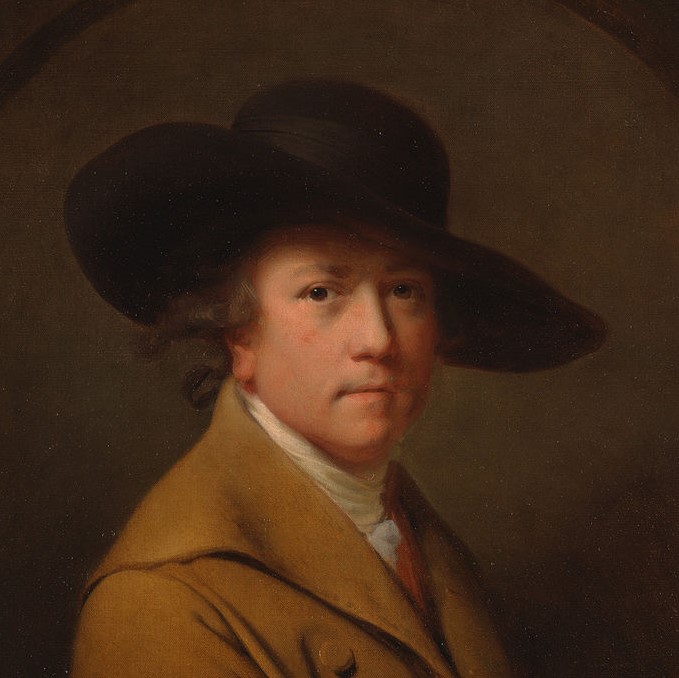 Joseph Wright ARA , styled Joseph Wright of Derby, was an English landscape and portrait painter. He has been acclaimed as "the first professional painter to express the spirit of the Industrial Revolution".

Wright is notable for his use of tenebrism effect, which emphasizes the contrast of light and dark, and for his paintings of candle-lit subjects. His paintings of the birth of science out of alchemy, often based on the meetings of the Lunar Society of Birmingham, a group of scientists and industrialists living in the English Midlands, are a significant record of the struggle of science against religious values in the period known as the Age of Enlightenment.

Many of Wright's paintings and drawings are owned by Derby City Council, and are on display at the Derby Museum and Art Gallery.

Joseph Wright was born in Irongate, Derby, to a respectable family of lawyers. He was the third of five children of Hannah Brookes (1700–1764) and John Wright (1697–1767), an attorney and the town clerk of Derby. Joseph had two elder brothers, John and Richard Wright.

Deciding to become a painter, Wright went to London in 1751 and for two years studied under Thomas Hudson, the master of Joshua Reynolds. After painting portraits for a while in Derby, Wright again worked as an assistant to Hudson for fifteen months. In 1753 he returned to, and settled in Derby. He varied his work in portraiture by the production of subjects with strong tenebrism under artificial light, with which his name is chiefly associated, and by landscape painting. Wright also spent a productive period in Liverpool, from 1768 to 1771, painting portraits. These included pictures of a number of prominent citizens and their families.

Wright married Ann (also known as Hannah) Swift, the daughter of a lead miner, on 28 July 1773.

Wright and his wife had six children, three of whom died in infancy. Wright set off in 1773 with John Downman, a pregnant Ann Wright, and Richard Hurleston for Italy. Their ship took shelter for three weeks in Nice before they completed their outward voyage in Livorno in Italy in February 1774. Downman returned to Britain in 1775. Although he spent a great deal of time in Naples, Wright never witnessed any major eruption of Mount Vesuvius, however, it is possible that he witnessed smaller, less impressive eruptions, which may have inspired many of his subsequent paintings of the volcano. On his return from Italy he established himself at Bath as a portrait-painter, but meeting with little encouragement, he returned to Derby in 1777, where he spent the rest of his life. He became increasingly asthmatic and nervous about the house, and for these complaints he was treated by his friend Erasmus Darwin. Ann Wright died on 17 August 1790. On 29 August 1797 Wright died at his new home at No. 28 Queen Street, Derby, where he had spent his final months with his two daughters.

Wright was a frequent contributor to the exhibitions of the Society of Artists, and to those of the Royal Academy, of which he was elected an associate in 1781 and a full member in 1784. He, however, declined the latter honour on account of a slight that he believed that he had received, and severed his official connection with the academy, although he continued to contribute to the exhibitions from 1783 until 1794.

Wright acknowledged that he was influenced by Alexander Cozens, owned paintings by him, and applied his ideas as inspiration for compositions. He also described the technique Cozens recommended for creation from blots.

More Artwork by Joseph Wright of Derby (View all 100 Artworks) 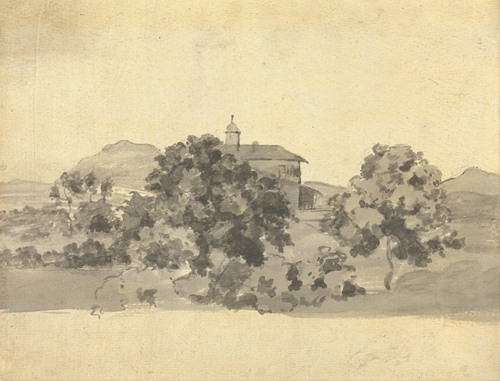 A Church in Italy 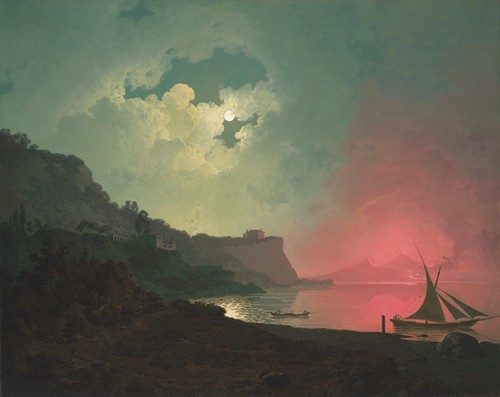 Vesuvius in eruption, viewed from Posillipo (1789) 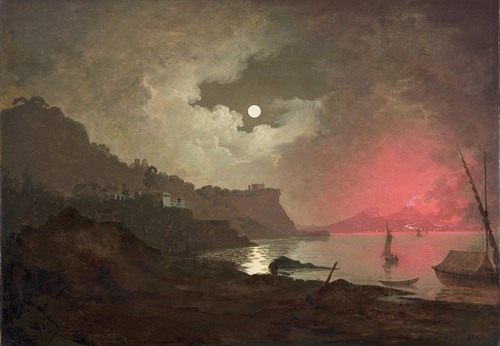 A view of Vesuvius from Posillipo, Naples 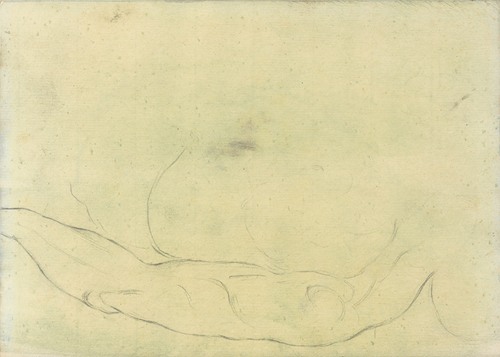 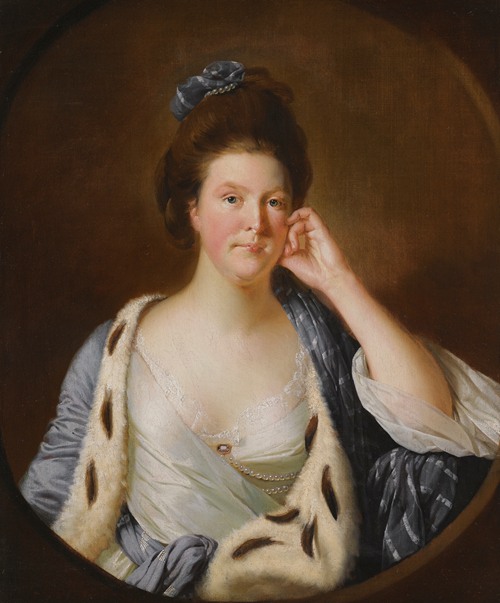 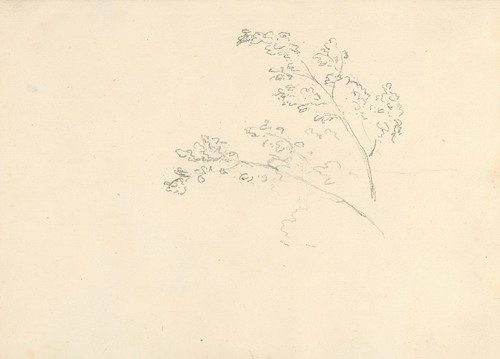 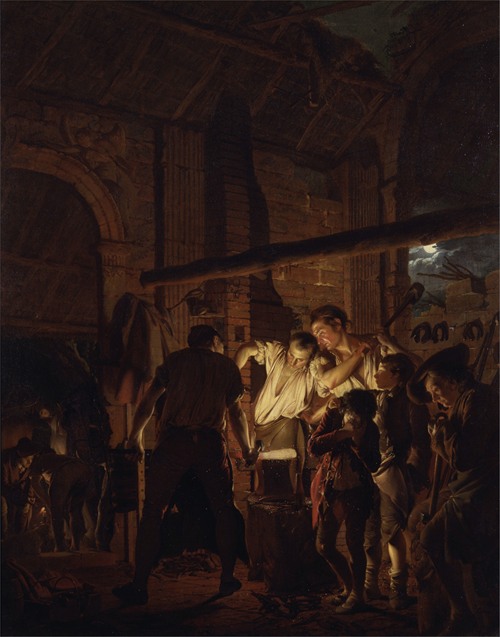 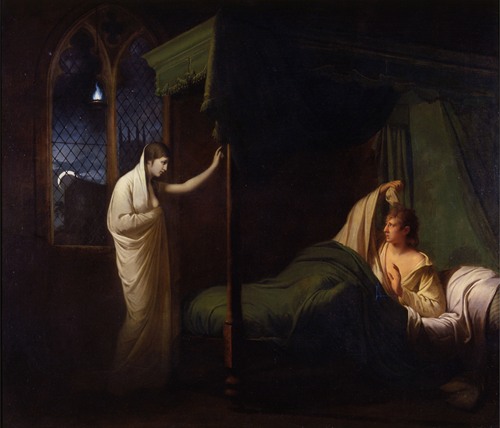 William And Margaret From Percy’s ‘reliques Of Ancient English Poetry’

More Artwork by Joseph Wright of Derby (View all 100 Artworks)

A Church in Italy

Vesuvius in eruption, viewed from Posillipo (1789)

A view of Vesuvius from Posillipo, Naples