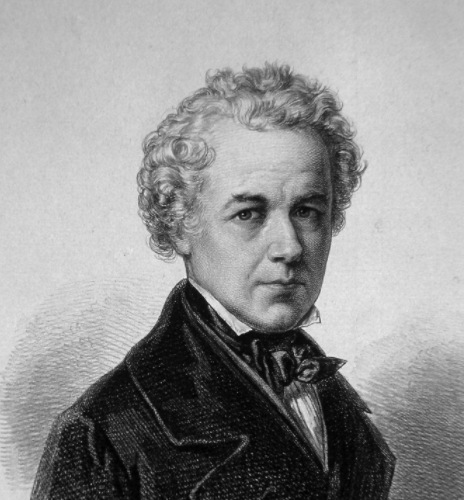 Johann Nepomuk Ender was an Austrian portrait painter and engraver.
He spent several years studying at the Academy of Fine Arts, Vienna, where he had his debut with his canvas depicting the death of Marcus Aurelius. which won an award. Although he developed his own style, his works show the obvious influence of his contemporary, Jean-Baptiste Isabey.

In 1818, Count István Széchenyi invited Ender to accompany him on a trip to Greece and Italy. Ender accepted, and brought back a large number of sketches that he turned into oil paintings. During the trip, he also made contacts which later enabled him to stay at the Accademia di San Luca in Rome.

After returning, in 1826, he settled in Vienna and worked as a freelance artist. From 1829 to 1850, he was a teacher at the Academy. He created numerous copper engravings and religious art, but earned most of his living by painting portraits. One of his most highly considered works is a Crucifixion scene, commissioned for the Pribce Eugen Chapel [de] at St. Stephen's Cathedral. He worked on it from 1850 to 1852.

His twin brother, Thomas, and son Eduard were also painters. In 1922, a street in Vienna's Meidling district was named for them.

Young Italian Women At The Fountain