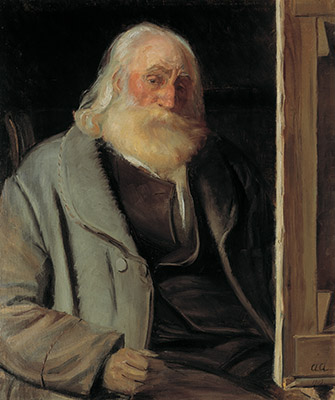 Peter Vilhelm Carl Kyhn was a Danish landscape painter who belonged to the generation of national romantic painters immediately after the Danish Golden Age and before the Modern Breakthrough. Even though he outlived many of his artistic peers by several decades, he remained a traditionalist and expressed strong criticism of many of the new trends in the painting of his day.

Kyhn also played a role as an educator, establishing several alternative art schools, including a painting school for women which was attended by Anna Ancher, among others.

The Lakes at Laven near Silkeborg (1875)

Landscape in the North of Zealand. Afternoon (1849)