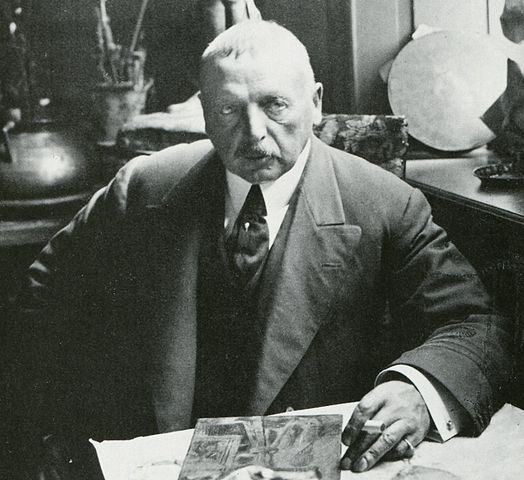 Anders Leonard Zorn was one of Sweden's foremost artists. He obtained international success as a painter, sculptor, and etcher.

At the end of his life, he established the Swedish literary Bellman Prize in 1920.

Zorn was born and raised on his grandparents' farm in Yvraden, a hamlet near the village of Utmeland in the parish of Mora, Dalarna. He studied until the age of twelve in the school at Mora Strand before progressing in the autumn of 1872 to a secondary grammar school in Enköping.

From 1875 to 1880 Zorn studied at the Royal Swedish Academy of Arts in Stockholm, where he amazed his teachers with his talent. Members of Stockholm society approached him with commissions. This was how Zorn met his wife, Emma Lamm, early in 1881. Her background was different from Zorn's. Coming from a wealthy Jewish merchant family, she was interested in art and culture. Zorn traveled extensively to London, Paris, the Balkans, Spain, Italy and the United States, becoming an international success as one of the most acclaimed painters of his era.

It was primarily his skill as a portrait painter that gained Zorn international acclaim based principally upon his incisive ability to depict the individual character of his model. His subjects included three American Presidents, one of whom was Grover Cleveland in 1899, as well as his wife, along with William H. Taft and Theodore Roosevelt. At 29, he was made a Chevalier de la Légion d'honneur at the Exposition Universelle 1889 Paris World Fair. 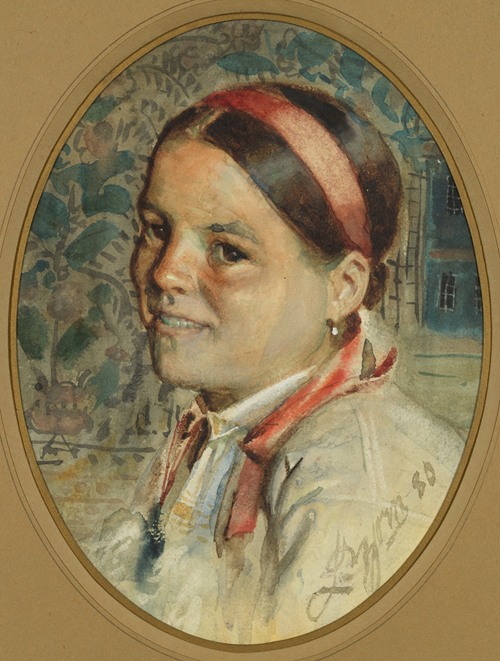 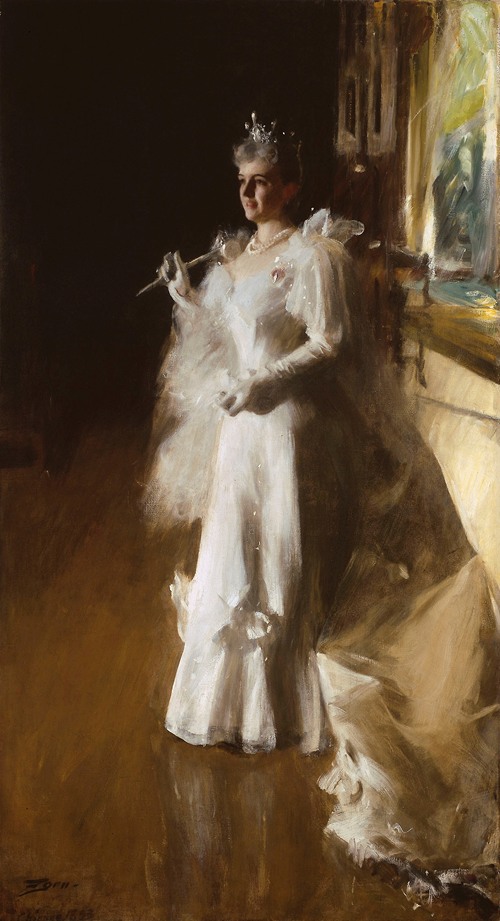 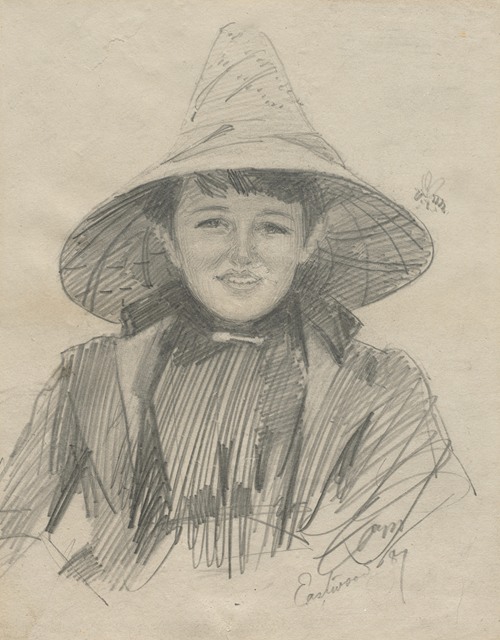 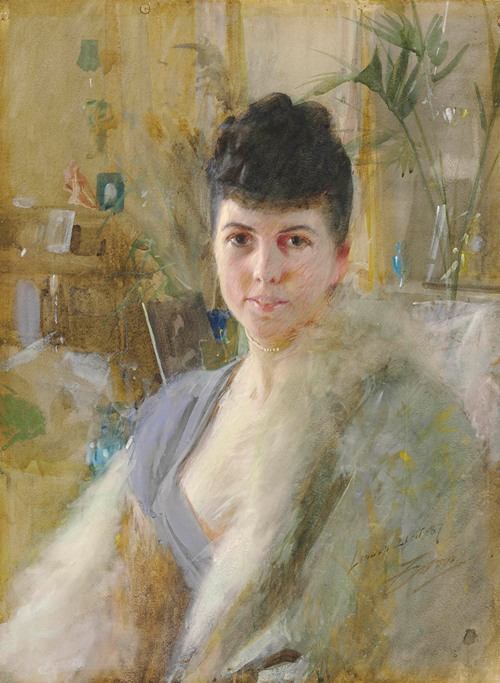 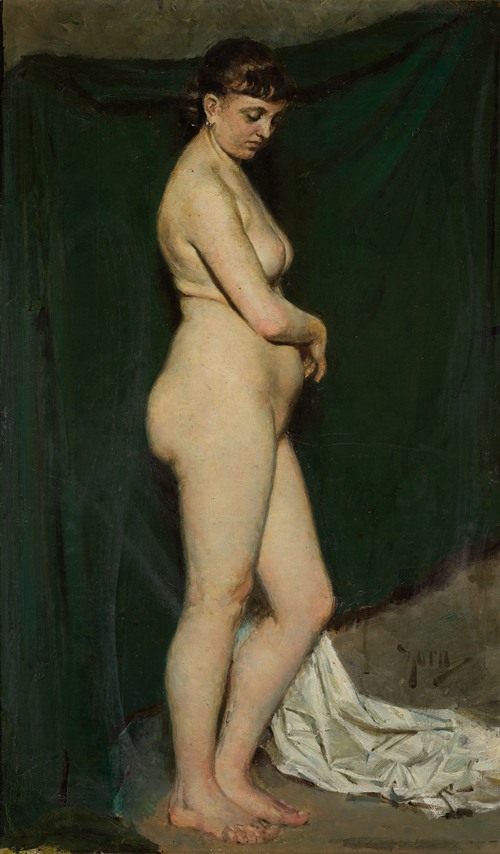 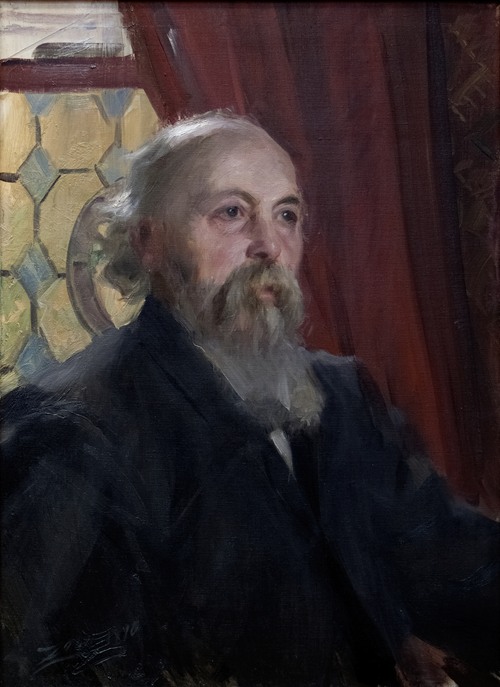 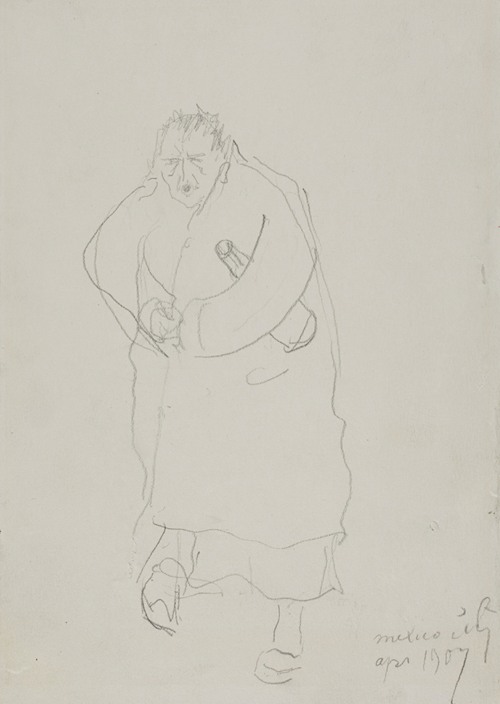