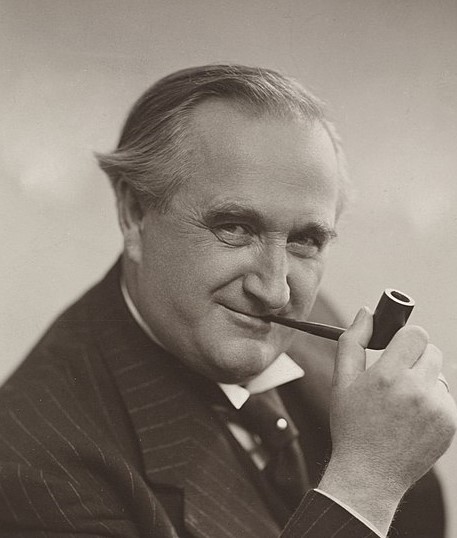 He was the son of a butcher and grew up in Copenhagen in a lower middle class/worker's milieu whose jargon is felt in much of his writings. After interrupted studies at the Academy of Art, he worked as a free-lance painter, illustrator and cabaret entertainer. Already during World War I he was a well-known artist, and from about 1920 onward he was almost a national "institution" as a humorist, partly because of his versatile interests. He was for many years connected to the Copenhagen newspaper "Berlingske Tidende" as a comic writer and cartoonist.

As a humorist, Storm P. is related to British and American humour, with a strong touch of craziness and absurdity. However, he is less marked by total nonsense than, for instance, Lewis Carroll. Often his starting point is a plain Copenhagen jargon, combined with a Danish down-to-earth homespun philosophy and all kinds of cosy fun and comedy; the "little" man's unimpressed comments on a crazy world.

Though normally loved by most of his countrymen, Storm P. has also been criticised for being too toothless, cosy and petit bourgeois. In spite of his social background and interest of poor milieus, he very seldom shows deeper social criticism or revolutionary opinions; the dramatic age in which he lived left rather small stamps on his work. On the other hand he was no staunch giggler; many of his paintings deal with death, sorrow and macabre themes. Though not a revolutionary, he has indeed painted the victims of social injustice and misery, often with a strong touch of compassion. Melancholy and fear are not unknown to him, but his official appearance was an optimistic one.