Artworks still under copyright are only for informational or educational purposes under fair use guidelines. Using these images for any other purpose without contacting the copyright holder is strictly prohibited.
Esao Andrews's Website 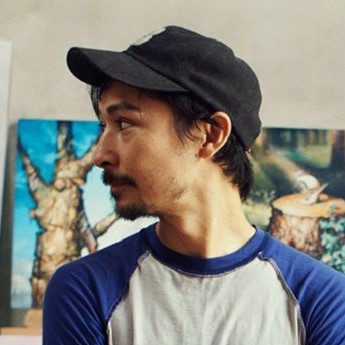 Esao Andrews is a Japanese/American artist and freelance illustrator. He received his B.F.A. in NYC from The School of Visual Arts in 2000 and with his haunted subject matter and often-times colorful palate has established a career both in the fine art and commercial world. He is best known for his Surreal album artwork for the band Circa Survive and has produced numerous comic book covers for Vertigo Comics and designs for Deathwish and Baker Skateboards early in his career. Recently he has added mural work to his output and is also constructing some sculpted projects. He currently lives in Los Angeles pursing a life of art-making with his beautiful girlfriend Clare Bare, dog Soybean, and Gus the rabbit.