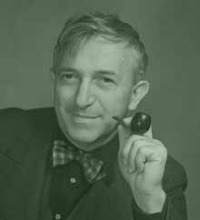 William Andrew Pogany was a prolific Hungarian illustrator of children's and other books. His contemporaries include C. Coles Phillips, Joseph Clement Coll, Edmund Dulac, Harvey Dunn, Walter Everett, Harry Rountree, Sarah Stilwell Weber, and N.C. Wyeth. He is best known for his pen and ink drawings of myths and fables. A large portion of Pogany's work is described as Art Nouveau.

Born Vilmos Andreas Pogány in Szeged, Hungary. He studied at Budapest Technical University and in Munich and Paris. Pogany came to America via Paris and London. In London, he produced his four masterpieces, Samuel Taylor Coleridge's The Rime of the Ancient Mariner (1910), Richard Wagner's Tannhauser (1911), Parsifal (1912) and Lohengrin (1913).

Pogany's artistic style is heavily fairy-tale orientated and often feature motifs of mythical animals such as nymphs and pixies. He paid great attention to botanical details. He used dreamy and warm pastel scenes with watercolors, oil paintings, and especially pen and ink. Painstakingly detailed and confident, Pogany's pen and ink pieces portray the true extent of his talent.