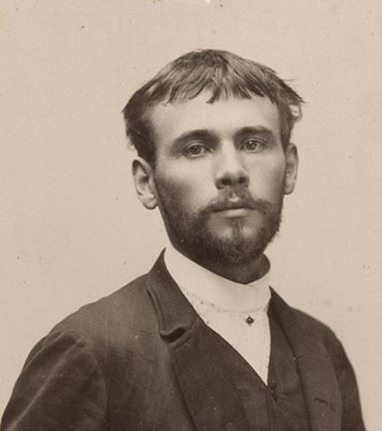 Gustav Klimt was an Austrian symbolist painter and one of the most prominent members of the Vienna Secession movement. Klimt is noted for his paintings, murals, sketches, and other objets d'art. Klimt's primary subject was the female body, and his works are marked by a frank eroticism. Amongst his figurative works, which include allegories and portraits, he painted landscapes. Among the artists of the Vienna Secession, Klimt was the most influenced by Japanese art and its methods.

Early in his artistic career, he was a successful painter of architectural decorations in a conventional manner. As he began to develop a more personal style, his work was the subject of controversy that culminated when the paintings he completed around 1900 for the ceiling of the Great Hall of the University of Vienna were criticized as pornographic. He subsequently accepted no more public commissions, but achieved a new success with the paintings of his "golden phase", many of which include gold leaf. Klimt's work was an important influence on his younger peer Egon Schiele.

Gustav Klimt was born in Baumgarten, near Vienna in the Austrian Empire, the second of seven children—three boys and four girls. His mother, Anna Klimt (née Finster), had an unrealized ambition to be a musical performer. His father, Ernst Klimt the Elder, formerly from Bohemia, was a gold engraver. All three of their sons displayed artistic talent early on. Klimt's younger brothers were Ernst Klimt and Georg Klimt.

Klimt lived in poverty while attending the Vienna Kunstgewerbeschule, a school of applied arts and crafts, now the University of Applied Arts Vienna, where he studied architectural painting from 1876 until 1883. He revered Vienna's foremost history painter of the time, Hans Makart. Klimt readily accepted the principles of a conservative training; his early work may be classified as academic. In 1877 his brother, Ernst, who, like his father, would become an engraver, also enrolled in the school. The two brothers and their friend, Franz Matsch, began working together and by 1880 they had received numerous commissions as a team that they called the "Company of Artists". They also helped their teacher in painting murals in the Kunsthistorisches Museum in Vienna. Klimt began his professional career painting interior murals and ceilings in large public buildings on the Ringstraße, including a successful series of "Allegories and Emblems".

In 1888 Klimt received the Golden Order of Merit from Emperor Franz Josef I of Austria for his contributions to murals painted in the Burgtheater in Vienna. He also became an honorary member of the University of Munich and the University of Vienna. In 1892 Klimt's father and brother Ernst both died, and he had to assume financial responsibility for his father's and brother's families. The tragedies also affected his artistic vision and soon he would move towards a new personal style. Characteristic of his style at the end of the 19th century is the inclusion of Nuda Veritas (naked truth) as a symbolic figure in some of his works, including Ancient Greece and Egypt (1891), Pallas Athene (1898) and Nuda Veritas (1899). Historians believe that Klimt with the nuda veritas denounced both the policy of the Habsburgs and Austrian society, which ignored all political and social problems of that time. In the early 1890s Klimt met Austrian fashion designer Emilie Louise Flöge (a sibling of his sister-in-law) who was to be his companion until the end of his life. His painting, The Kiss (1907–08), is thought to be an image of them as lovers which was painted five years after Kilmt's 1902 full-length portrait of her. He designed many costumes that she produced and modeled in his works.

During this period Klimt fathered at least fourteen children.

Klimt became one of the founding members and president of the Wiener Sezession (Vienna Secession) in 1897 and of the group's periodical, Ver Sacrum ("Sacred Spring"). He remained with the Secession until 1908. The goals of the group were to provide exhibitions for unconventional young artists, to bring the works of the best foreign artists to Vienna, and to publish its own magazine to showcase the work of members. The group declared no manifesto and did not set out to encourage any particular style—Naturalists, Realists, and Symbolists all coexisted. The government supported their efforts and gave them a lease on public land to erect an exhibition hall. The group's symbol was Pallas Athena, the Greek goddess of just causes, wisdom, and the arts—of whom Klimt painted his radical version in 1898.

In 1894, Klimt was commissioned to create three paintings to decorate the ceiling of the Great Hall of the University of Vienna. Not completed until the turn of the century, his three paintings, Philosophy, Medicine, and Jurisprudence were criticized for their radical themes and material, and were called "pornographic". Klimt had transformed traditional allegory and symbolism into a new language that was more overtly sexual and hence more disturbing to some. The public outcry came from all quarters—political, aesthetic and religious. As a result, the paintings (seen in gallery below) were not displayed on the ceiling of the Great Hall. This would be the last public commission accepted by the artist. All three paintings were destroyed when retreating German forces burned Schloss Immendorf in May 1945.

His Nuda Veritas (1899) defined his bid to further "shake up" the establishment. The starkly naked red-headed woman holds the mirror of truth, while above her is a quotation by Friedrich Schiller in stylized lettering: "If you cannot please everyone with your deeds and your art, please only a few. To please many is bad."

In 1902, Klimt finished the Beethoven Frieze for the Fourteenth Vienna Secessionist exhibition, which was intended to be a celebration of the composer and featured a monumental polychrome sculpture by Max Klinger. Intended for the exhibition only, the frieze was painted directly on the walls with light materials. After the exhibition the painting was preserved, although it was not displayed again until restored in 1986. The face on the Beethoven portrait resembled the composer and Vienna Court Opera director Gustav Mahler.

During this period Klimt did not confine himself to public commissions. Beginning in the late 1890s he took annual summer holidays with the Flöge family on the shores of Attersee and painted many of his landscapes there. These landscapes constitute the only genre aside from figure painting that seriously interested Klimt. In recognition of his intensity, the locals called him Waldschrat ("forest demon").

Klimt's Attersee paintings are of sufficient number and quality as to merit separate appreciation. Formally, the landscapes are characterized by the same refinement of design and emphatic patterning as the figural pieces. Deep space in the Attersee works is flattened so efficiently to a single plane that it is believed that Klimt painted them by using a telescope.

Klimt's 'Golden Phase' was marked by positive critical reaction and financial success. Many of his paintings from this period included gold leaf. Klimt had previously used gold in his Pallas Athene (1898) and Judith I (1901), although the works most popularly associated with this period are the Portrait of Adele Bloch-Bauer I (1907) and The Kiss (1907–08).

Klimt traveled little, but trips to Venice and Ravenna, both famous for their beautiful mosaics, most likely inspired his gold technique and his Byzantine imagery. In 1904, he collaborated with other artists on the lavish Palais Stoclet, the home of a wealthy Belgian industrialist that was one of the grandest monuments of the Art Nouveau age. Klimt's contributions to the dining room, including both Fulfillment and Expectation, were some of his finest decorative works, and as he publicly stated, "probably the ultimate stage of my development of ornament."

In 1905, Klimt painted The Three Ages of Woman, depicting the cycle of life. He created a painted portrait of Margarete Wittgenstein, Ludwig Wittgenstein's sister, on the occasion of her marriage. Then, between 1907 and 1909, Klimt painted five canvases of society women wrapped in fur. His apparent love of costume is expressed in the many photographs of Flöge modeling clothing he had designed.

As he worked and relaxed in his home, Klimt normally wore sandals and a long robe with no undergarments. His simple life was somewhat cloistered, devoted to his art, family, and little else except the Secessionist Movement from which he and many colleagues eventually resigned. He avoided café society and seldom socialized with other artists. Klimt's fame usually brought patrons to his door and he could afford to be highly selective. His painting method was very deliberate and painstaking at times and he required lengthy sittings by his subjects. Although very active sexually, he kept his affairs discreet and he avoided personal scandal.

In 1911 his painting Death and Life received first prize in the world exhibitions in Rome. In 1915 Anna, his mother, died. Klimt died three years later in Vienna on February 6, 1918, having suffered a stroke and pneumonia due to the worldwide influenza epidemic of that year. He was buried at the Hietzinger Cemetery in Hietzing, Vienna. Numerous paintings by him were left unfinished. The city of Vienna, Austria had many special exhibitions commemorating the 150th anniversary of Klimt's birth in 2012. 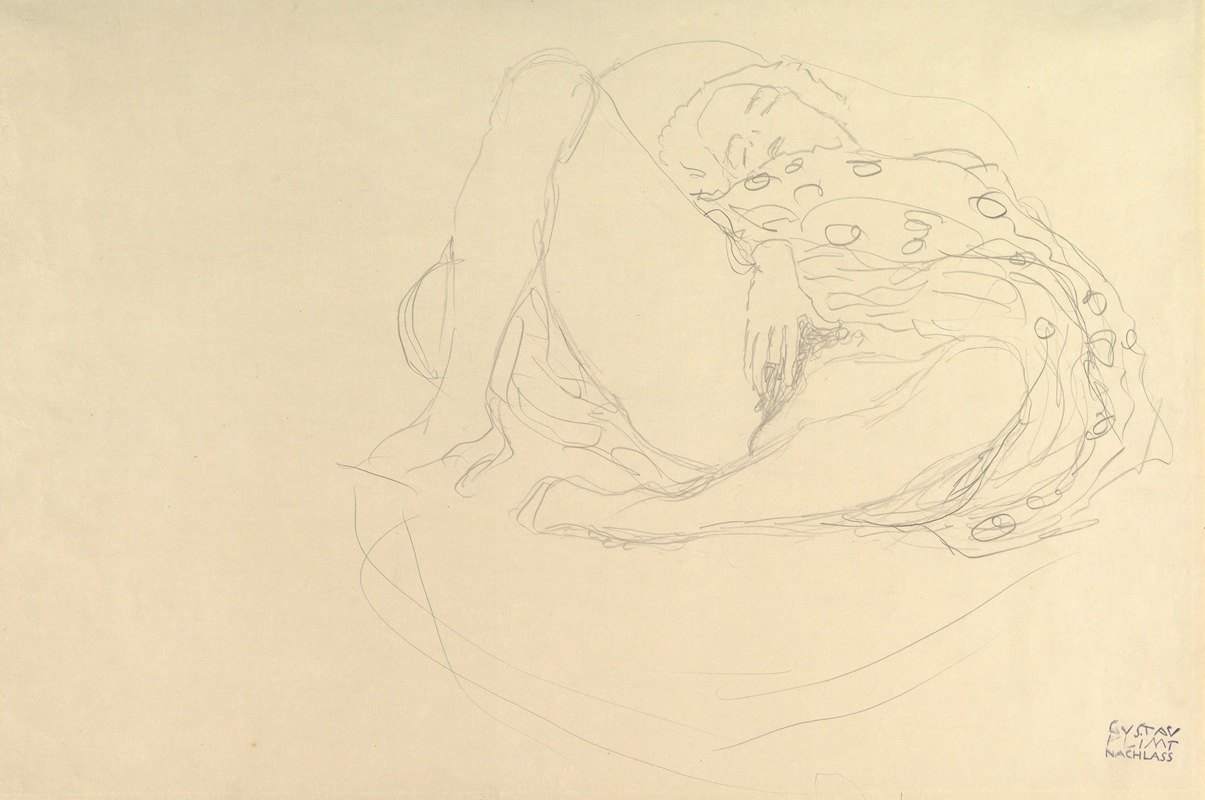 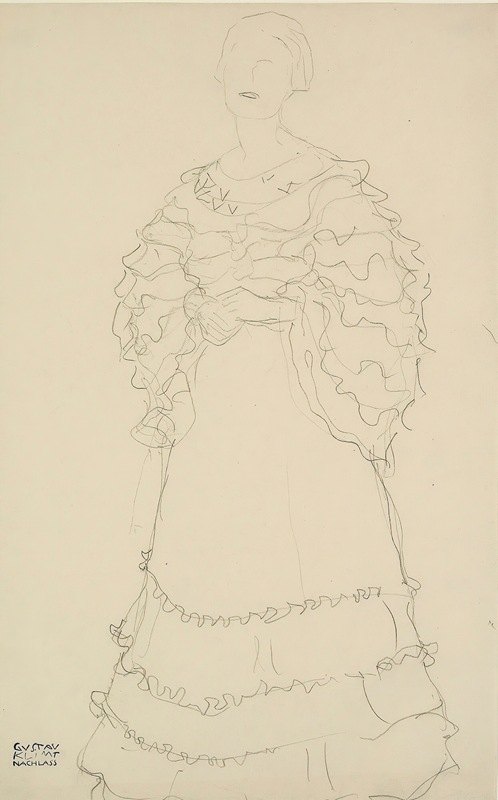 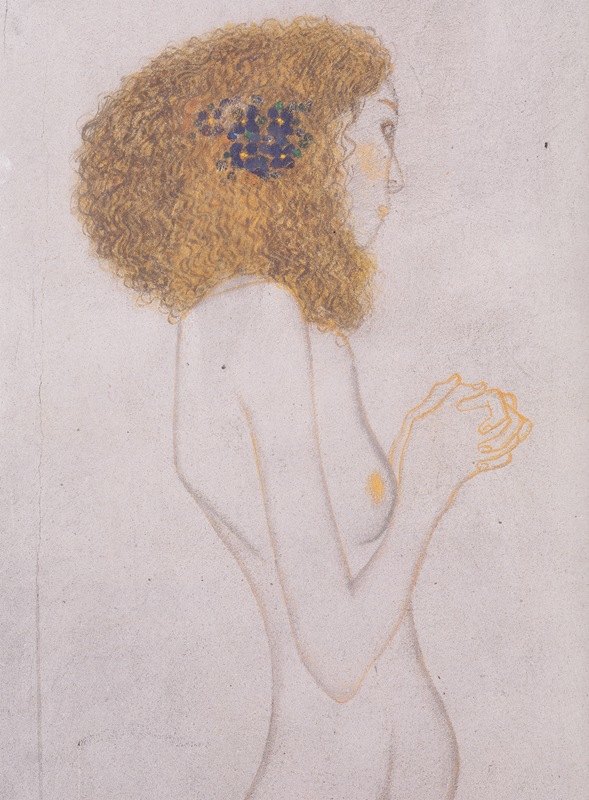 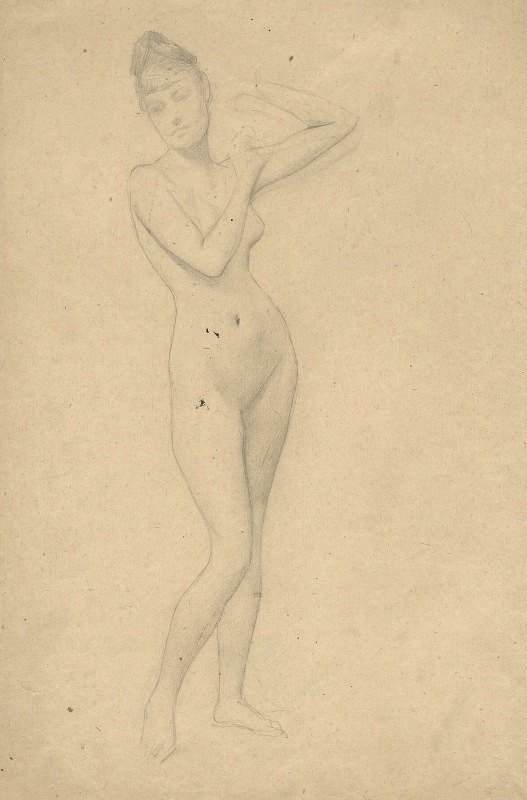 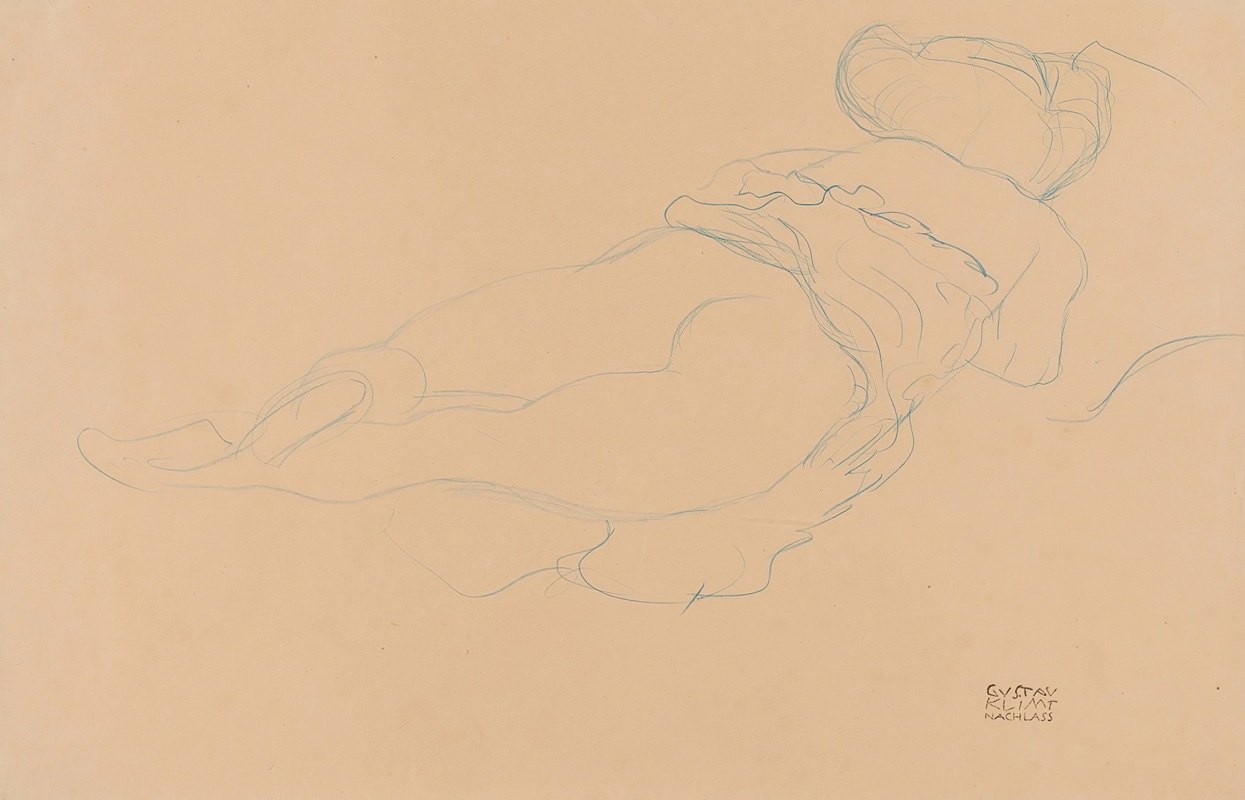 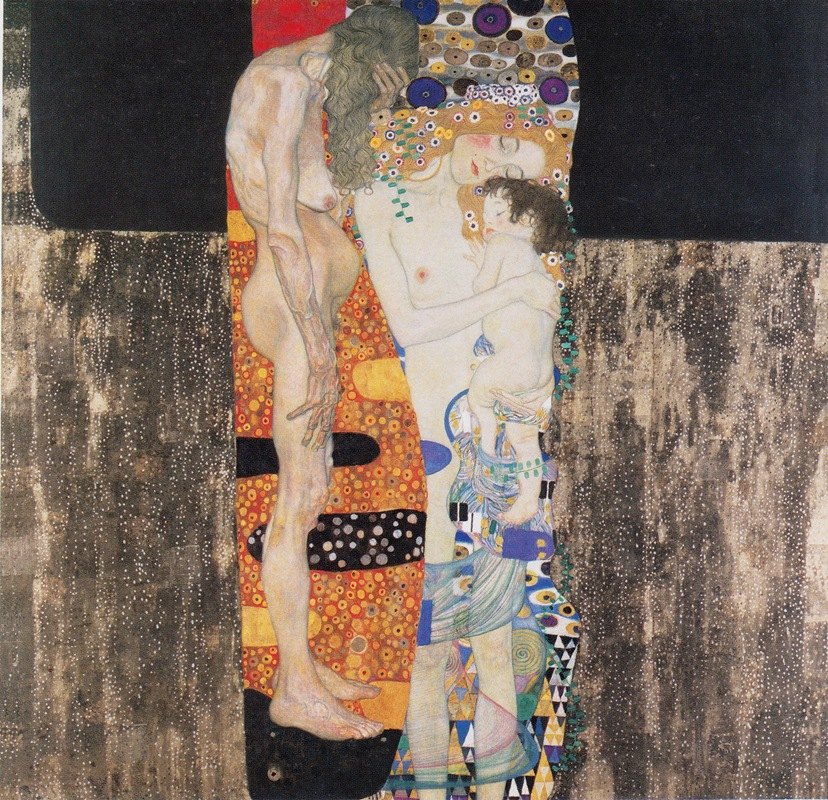 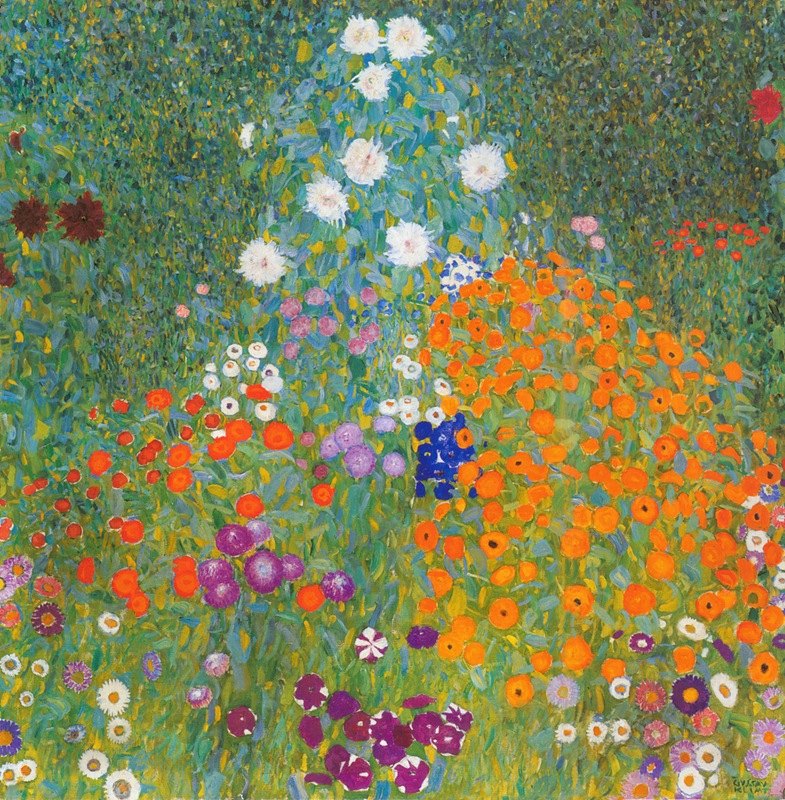 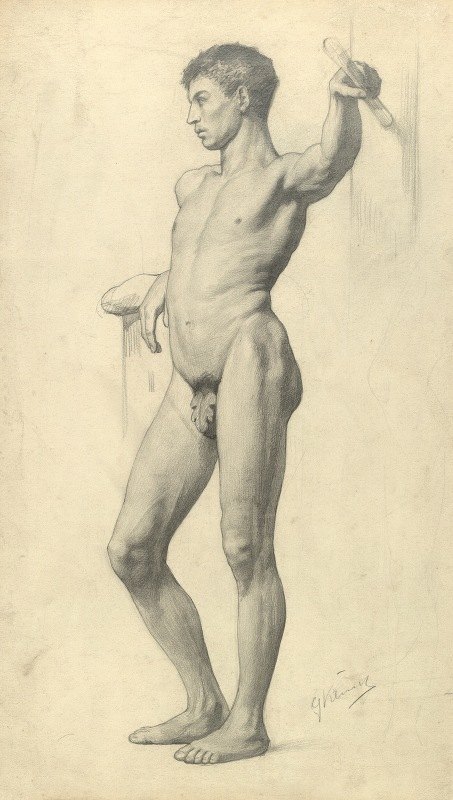