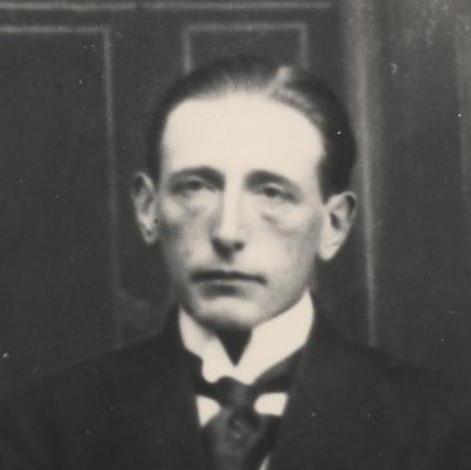 His well-to-do family came from Germany and lived in Antwerp. From the age of 16, Schmalzigaug travelled extensively. In 1905–1906 he made a tour of Italy, where he was especially impressed and influenced by Venice.

Returning to Antwerp, he became a secretary to the art society of Kunst van Heden/L'Art Contemporain, and worked on the organisation of international exhibitions. Between 1910 and 1912 he lived mainly in Paris. There he had the opportunity to see the exhibition of Italian futurists in 1912, and, impressed, soon decided to move to Italy.

His time in Italy between 1912 and 1914 was the happiest and most active part of his life and art. In 1914 he took part in the international exhibition of futurists in Rome. His style developed towards the abstract.

In 1914, he returned to Antwerp. He was declared unfit for military service on health grounds; after the start of World War I, he moved to The Hague in neutral Netherlands.

He felt lonely in the isolated country; he longed for the sunny Venice and the whirring international life of artists.

In his art he returned to figurative painting, but his works from this period did not reach the previous level of success. He fell into depression, and in 1917 eventually committed suicide.