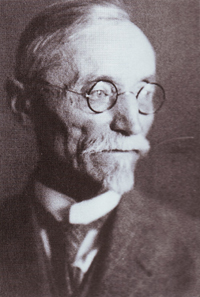 Uroš Predić was a Serbian Realist painter. Predić is perhaps best known for his early works depicting ordinary people, as well as his many portraits.

He was born in Orlovat, and attended primary school in Crepaja. After finishing his secondary education in Pančevo (this school was later named after him), he went to Vienna to study st the academy in 1876. He graduated from the Academy of Fine Arts of Vienna in 1880. He studied in the class of professor Christian Griepenkerl, who also taught Predić's contemporary Paja Jovanović. During his studies, he received the Gundel's prize – for a male model painting in oil. In 1882, he worked in private studio of professor Grieppenkerl, and in the period from 1883 to 1885 he was an assistant professor of the Department of Antiquity at the Art academy in Vienna. During that time, under the instruction of professor Grieppenkerl, and the architect Theophil Freiherr von Hansen, he painted 13 wall paintings of ancient, historical and mythological compositions for the frieze in the House of Lords at the Reichsratsgebäude (Imperial Council Building) in Vienna.

In 1885, he returned to Orlovat, where he painted a series of paintings about the life of his fellow villagers. After that, from 1886 to 1889, he lived in Belgrade, and from 1890 to 1893 in Novi Sad and Stari Bečej. From 1894 to 1909, Predić lived in Orlovat, and from 1909, until his death, he lived and worked in Belgrade. The first exhibition of his paintings was in 1888 in Belgrade. He was elected to the group of painters who represented Serbia at the 1889 Exposition Universelle in Paris. In a small gallery he presented the 8 oil paintings. Although the French critics did not recognize his work Predić will become very popular in Serbia, especially because of the sense of humor shown in some works. He had many exhibitions, both in Serbia and aboard. Later his output was mainly portraits and icons.

He was one of the founders of the "Lada" society in 1904, and became its president. He was elected as associate member of the Serbian Royal Academy on 26 January 1909, and on 3 February 1910 as a regular member. He was one of the founders of the Society of painters in Belgrade in 1919, and was its first president. Predić painted the icons for the Bečej orthodox church, and the icons for the chapel of Bogdan Dunđerski. He died in 1953 in Belgrade, at the age of 95. He was buried in Orlovat. 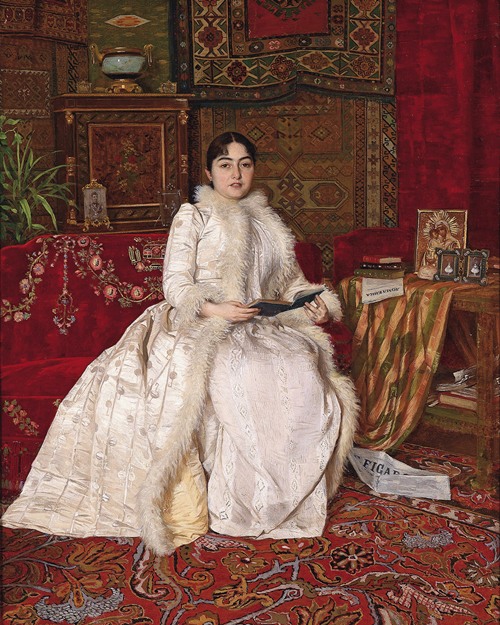