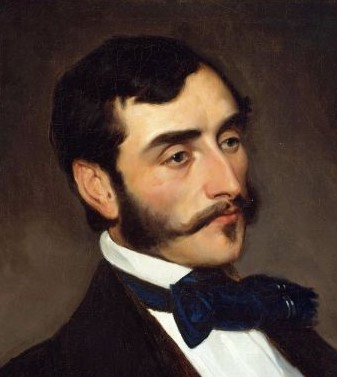 William Morris Hunt was an American painter.
William Morris Hunt was born into prominence: Hunt's father's family, the Hunt family of Vermont, were among Vermont's founders and largest landowners; his mother's a family of wealth and prominence in Connecticut. Hunt attended Harvard College but withdrew in his junior year. Having been denied the opportunity to paint and draw by an overbearing father, Jane Leavitt Hunt resolved that her children would be given the chance to study the arts in the best academies—even if it meant moving to Europe to attend them.

Following the death of his Congressman father from cholera in 1832 at the age of 44, Hunt's mother Jane took him and his brothers to Switzerland, the South of France and to Rome, where Hunt studied with Thomas Couture in Paris, coming under the influence of Jean-François Millet after being greatly inspired by Millet's The Sower at the 1851 Paris Salon. The Hunt family remained in Europe for a dozen years. During part of that time, William Morris Hunt and his brother Richard Morris Hunt shared an apartment at 1 rue Jacob, close by the École des Beaux-Arts, where William studied painting under Couture. "From the training and inspiration each of the brothers was to experience in the next several years in France would come great strides for each in his work," writes historian David McCullough. "'Mr. William Hunt is our most promising artist here,' reported Thomas Appleton to his father." Hunt then spent the next two years under the tutelage of Millet in Barbizon before his return to the states.

The companionship of Millet had a lasting influence on Hunt's character and style, and his work grew in strength, in beauty and in seriousness. He was among the biggest proponents of the Barbizon school in America, and he more than any other turned the rising generation of American painters towards Paris.

Before his lauded return to America in 1855, Hunt was married in Paris to Louise Dumaresq Perkins, daughter of Thomas Handasyd Perkins, Jr., a Boston merchant, philanthropist and patron of the arts. Hunt was married to Ms. Perkins again upon his return to Boston in 1855, perhaps for legal reasons. Hunt was married for the second time in the influential King's Chapel in Boston by academic and clergyman Ephraim Peabody, shortly before Peabody's death in 1856.

On his return, Hunt painted some of his most handsome canvases, all reminiscent of his life in France and of Millet's influence. Such works include The Belated Kid, Girl at the Fountain, Hurdy-Gurdy Boy, and others – but the public called for portraits, and it became the fashion to sit for Hunt; among his best paintings of this genre are those of William M. Evarts, Mrs Charles Francis Adams, the Rev. James Freeman Clarke, Senator Charles Sumner, William H. Gardner, Chief Justice Shaw and Judge Horace Gray.

Sadly, many of Hunt's paintings and sketches, together with five large Millets and other art treasures collected by him in Europe, were destroyed in the Great Boston Fire of 1872. Hunt owned many canvases by Millet, including Millet's The Sower, for which Millet somewhat unwillingly accepted a payment of $60 from Hunt.

Among his later works, American landscapes predominated. In the summer of 1878, the year before his death, Hunt painted a series of sweeping views of Niagara Falls. His later works also include the "Bathers: Twice Painted" and "The Allegories" for the Assembly Chamber of the State Capitol at Albany, New York, now lost due to disintegration of the stone panels on which they were painted (some scholars trace Hunt's deepening depression that led to his suicide to his despair over the loss of the Albany murals). His book, Talks about Art (London, 1878), was especially well received.

Nor did Hunt confine himself to oil painting. He was prolific, working as a lithographer and sculptor as well. From 1850 to 1877, the Vermont native was Boston's leading portrait and landscape painter; there was a backlog of Brahmins clamoring to be painted by him. Hunt is widely credited for having influenced the styles of Winslow Homer, Childe Hassam and John Joseph Enneking. Hunt's signature lively brushwork, partly derived from study of contemporary European painting, marked a new phase in 'oil sketching' that was carried on by Homer and others. Other friends and associates included artist Frank Hill Smith.

William Morris Hunt died at the Isles of Shoals, New Hampshire, in 1879, apparently a suicide. Hunt had gone to the New Hampshire shore to recover from a crippling depression. But he continued to work, executing his last sketch three days before his death. His body was discovered by his friend, New Hampshire poet Celia Thaxter. 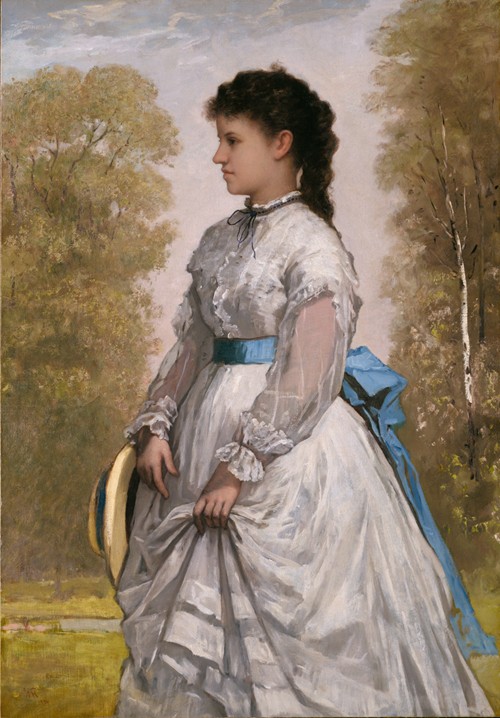 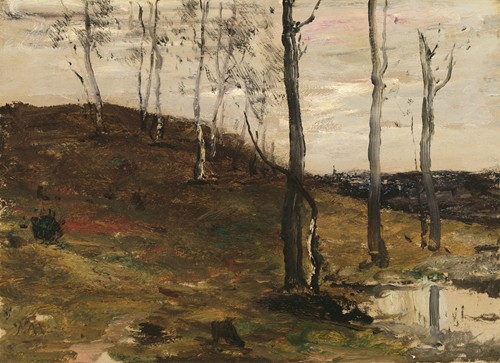 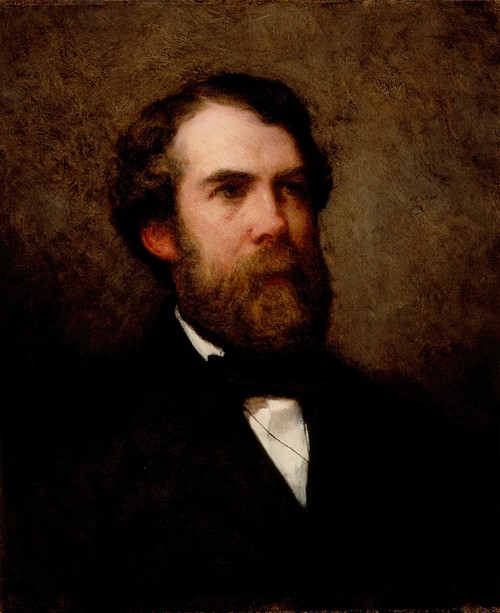 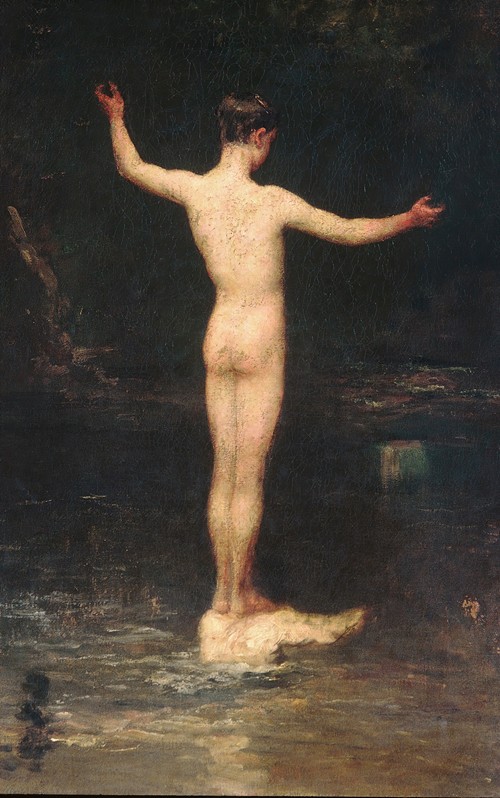 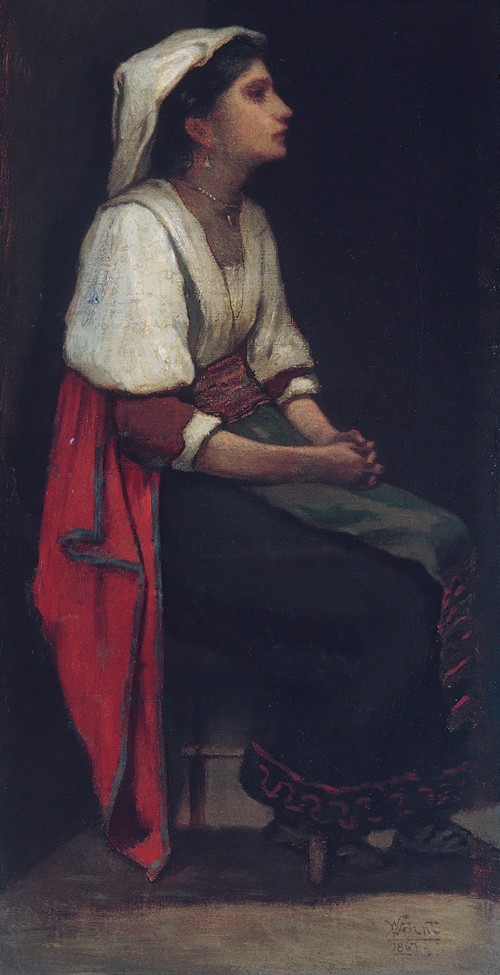 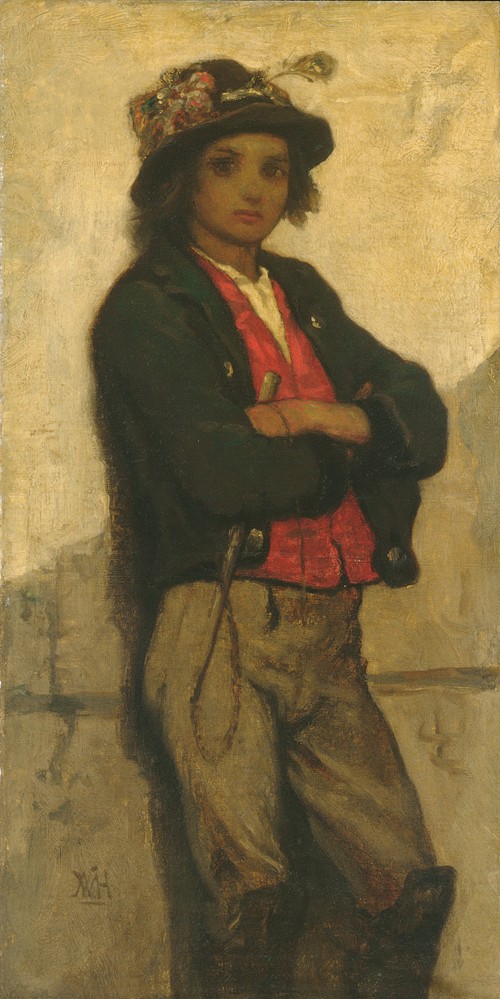 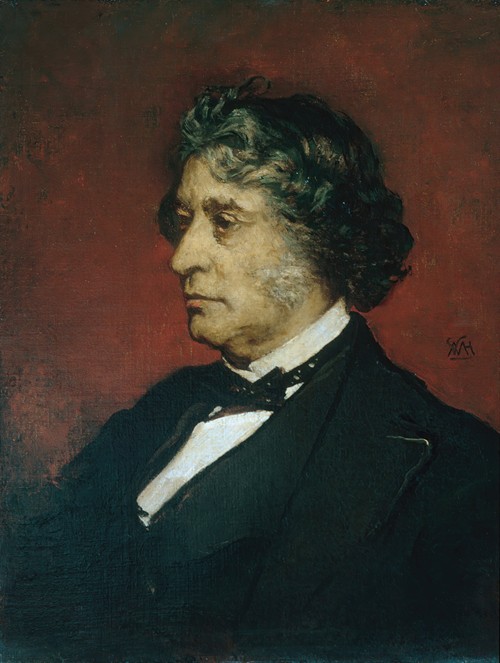 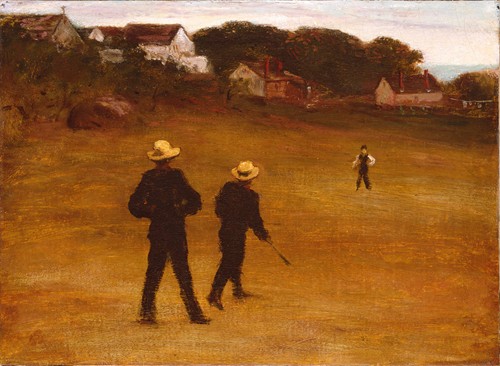 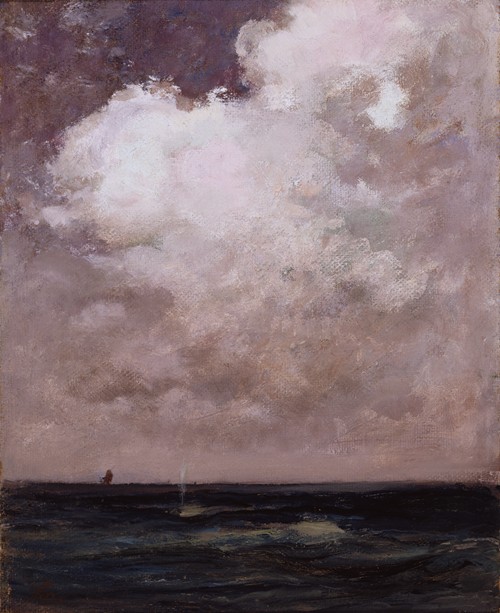 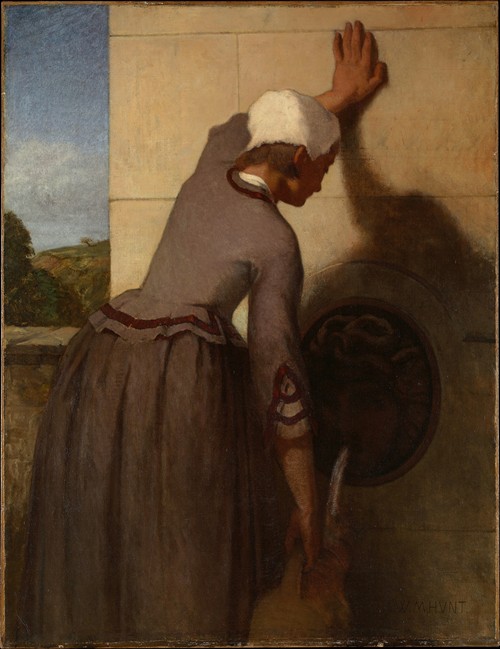 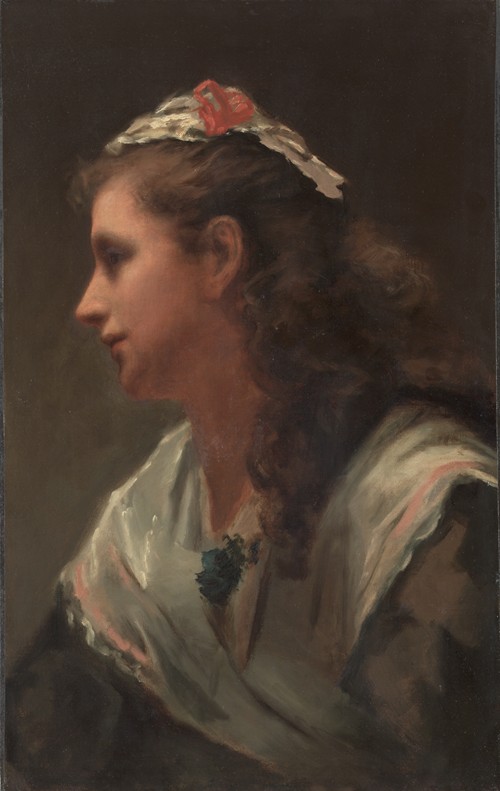 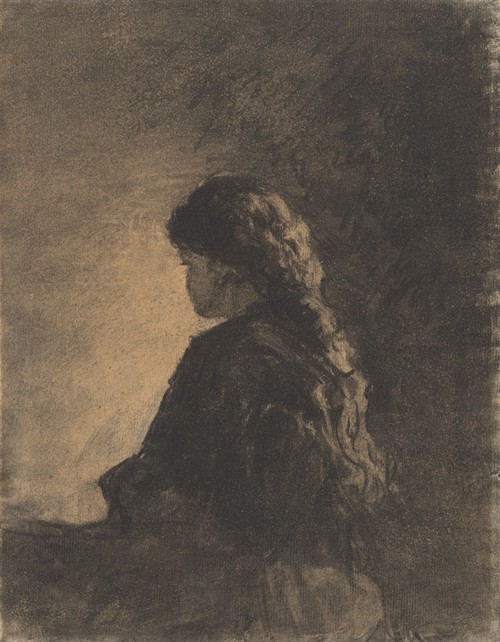 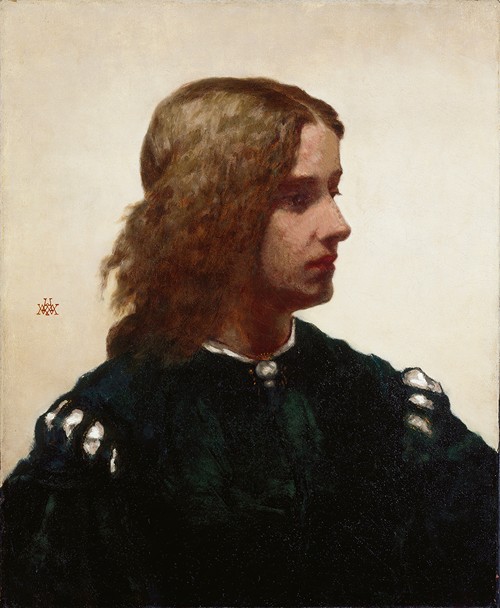 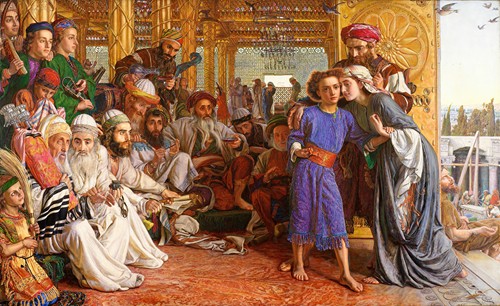 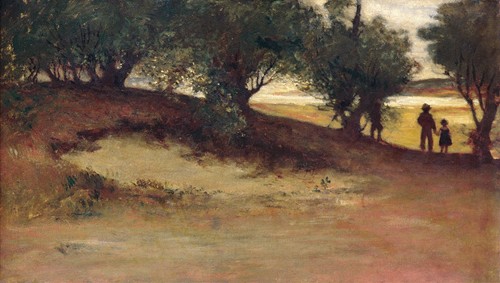 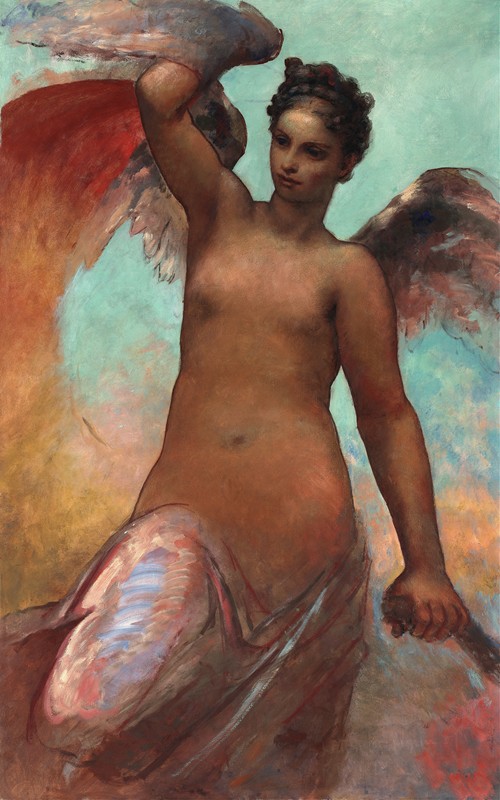 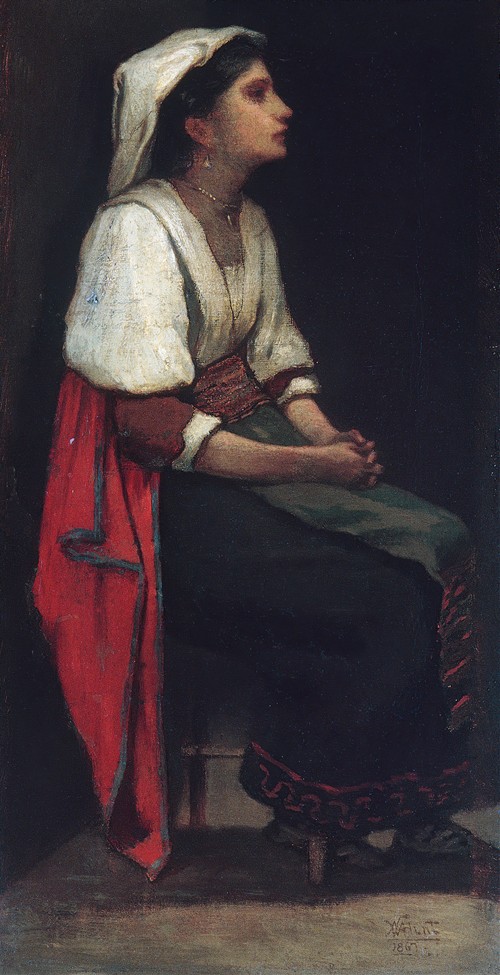