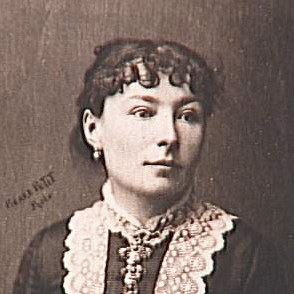 Her father Jules Breton and her uncle Émile Breton were both well-known painters. Through her father she was introduced to other painters- the most influential being Rosa Bonheur who became a role-model and mentor to Virginie. She married the painter Adrien Demont in 1880.

Her artistic career got off to an early start due to her having family ties with painters, and she finished her first painting at the young age of fourteen. By the age of twenty, she was exhibiting at the Salon where she received an Honorable Mentions and, four years later, she won a Gold Medal at the Amsterdam Exposition.

Demont-Breton exhibited her work at the Palace of Fine Arts, the Children's Building, and The Woman's Building at the 1893 World's Columbian Exposition in Chicago, Illinois.

She served as President of the Union of Women Painters and Sculptors from 1895 to 1901, though she resigned for a short period of time in 1892 due to a disagreement between her and the Union’s community over what she saw as their unfair methods of voting. She worked with Hélène Bertaux in her effort to open the École des Beaux-Arts to women students; a goal which was achieved in 1897. Thanks to her success in this endeavor, female artists were given the opportunity to not only be present in academic settings, but also the ability to use artistic tools previously not available to them- such as nude models. She was the second woman to be decorated with the Légion d'honneur - the first woman being her mentor Rosa Bonheur- in 1894, and became an Officer in 1914. The previous year, she had been elected to the Royal Academy of Fine Arts (Antwerp) in 1913

Originally, she painted portraits and historical scenes but, after moving to Wissant, switched to painting the fishermen and their families in a Realistic style. In 1889, Vincent van Gogh painted his own version of one of her works, L’Homme Est en Mer (Her Man is Out to Sea). She also painted scenes of motherhood and children that depict mothers in strong and powerful imagery within nature.

Under the orange tree

The son is far