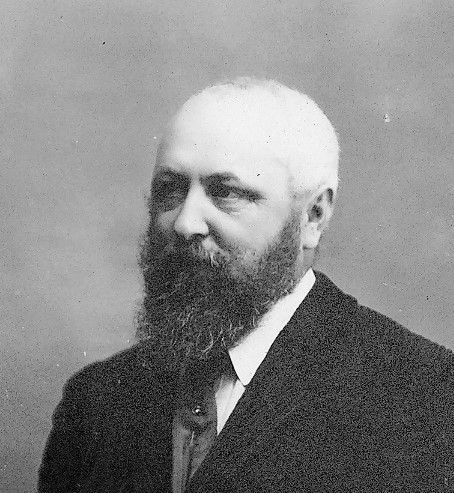 Theodore Earl Butler, was an American impressionist painter. He was born in Columbus, Ohio, and moved to Paris to study art. He befriended Claude Monet in Giverny, and married his stepdaughter, Suzanne Hoschedé. After her death he married her sister, Marthe Hoschedé. Butler was a founding member of the Society of Independent Artists.

Butler's chosen subjects were domestic scenes of family and friends and the French landscape. Although his Impressionistic approach to painting sometimes reflected the influence of his father-in-law, his work also suggests Post-Impressionist tendencies.

Butler studied at Marietta College in Ohio and graduated in 1882. He studied at the Art Students League with James Carroll Beckwith, Kenyon Cox and J. Alden Weir, and under William Merritt Chase from 1884 to 1886. One of Butler's first paintings is a copy of Menippus by Diego Velázquez(1639–1641) Standing Bearded Man, 1885. Butler then moved to study in Paris.

In Paris, Butler enrolled at La Grande-Chaumière, Académie Colarossi and at Académie Julian. Butler studied under Emile Carolus Duran. Carolus opened an art studio in 1873 on Boulevard Montparnasse, called the "81". Carolus, who was also known to have given free private lessons to some painters, introduced his students to the work of Claude Monet. Monet had moved to Giverny on April 29, 1883. Butler stayed for some time in the same building as Carolus, and Butler won an honorable mention in 1888 at the Paris Salon for a painting entitled "La Veuve", (the Widow).

Butler signed the register under number 11 at Hotel Baudy in 1888 (May 20 – September 1888) along with Theodore Wendel, an Ohioan who also studied at Academy Julian. Butler stayed again at Hotel Baudy from October 1891 until July 21, 1892. Besides himself, other American painters who spent time in Giverny included John Leslie Breck, Frederick Carl Frieseke, Edmund Greacen, Philip Leslie Hale, Willard Metcalf, Lilla Cabot Perry, Theodore Robinson and Guy Rose. On July 3 Butler and Robinson had dinner at Monet's house.

Angelina and Lucien Baudy opened Hotel Baudy in June 1887. The hotel became the hub for many American expatriates. At Hotel Baudy, artists could buy canvases from Lefevre Foinet and American food celebrating Thanksgiving was served. The village began to attract a great deal of attention. According to Terra Museum historians Katherine M. Bourguignon and Vanessa Lecomte, over 350 painters from eighteen countries painted in Giverny.

An exhibition of foreign artists including Butler, Meteyard, Fox, Dice, Stasburg and Dawson Watson was organized from January 31, 1892 to February 1892.

Butler participated in the publication and conception of the Courier Innocent. He did the cover and illustrated many pages. Butler painted a series of his own family: son Jimmy Butler born in 1893, and daughter Lilly Butler born in 1894. Those paintings included series' entitled The Bath, After the Bath, and Playing with Jimmy. Butler developed his own impressionist style with light palettes and loose brushstrokes, reminiscent of works done by Édouard Vuillard and Pierre Bonnard. From his garden he painted landscapes showing the church of Giverny, The Demoiselles (small haystacks) and the grain stacks.

After a lingering illness, Suzanne Hoschede died in 1899. Thereafter most of Butler's paintings were landscapes. Marthe Hoschede, Suzanne's sister helped Butler raise Jimmy and Lilly. In 1899 Theodore Earl Butler decided to go back to the United States.

He had several one man shows in New York City. He exhibited in 1900, at Paul Durand-Ruel gallery in New York.

After six months he was back in Giverny. He married Marthe Hoschedé, Suzanne's sister in 1900.

In 1914, the Butler family moved to New York when Butler got a commission to paint mural panels for the home of William Paine. He contributed two paintings to the 1913 Armory Show in New York City, Marine and Fourteenth of July, Paris. He founded with his friend, John Sloan, the Society of Independent Artists and served on its board from 1918 to 1921. The breakout of World War I prevented Butler from returning to Giverny until 1921.

In the meantime, Butler became involved with the American Red Cross and raised funds with Marthe Hoschedé. He marked that occasion with a painting titled "All Together".

Fireworks; Bridge at Vernon, France (circa 1908)

Château-Gaillard, Les Andelys, on the Seine (1923)