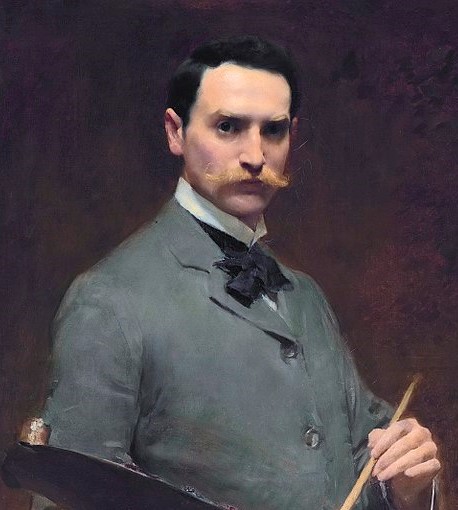 Solomon Joseph Solomon was a British painter, a founding member of the New English Art Club and member of the Royal Academy. Solomon's family was Jewish, and his sister, Lily Delissa Joseph (née Solomon), was also a painter. He made an important contribution to the development of camouflage in the First World War, working in particular on tree observation posts and arguing tirelessly for camouflage netting.

Born in London in 1860, Solomon studied at various art schools, sequentially, Heatherley School of Fine Art, the Royal Academy Schools, the Munich Academy, and École des Beaux-Arts (under Alexandre Cabanel). Solomon also studied separately under Rev. S. Singer. He exhibited his first works as early as 1881, and showed at the Royal Academy, the New Gallery, and the Society of British Artists. In 1886, he became one of the founding members of the New English Art Club. In 1896, he became an associate of the Royal Academy, with full membership following in 1906, one of the few Jewish painters to do so. He joined, and became president of, the Royal Society of British Artists in 1919. In 1921 "Col. S.J. Solomon, R.A., P.R.B.A." was listed as one of the early members of the newly-formed Society of Graphic Art.

A Page Buckling On A Knight’s Armour