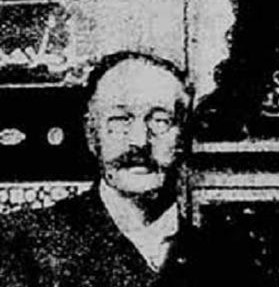 Rudolf Ernst was an Austro-French painter, printmaker and ceramics painter who is best known for his orientalist motifs. He exhibited in Paris under the name "Rodolphe Ernst".

He was the son of the architect Leopold Ernst and, encouraged by his father, began studies at the Academy of Fine Arts Vienna at the age of fifteen. He spent some time in Rome, copying the old masters, and continued his lessons in Vienna with August Eisenmenger and Anselm Feuerbach.

In 1876, he settled in Paris. The following year, he participated in his first artists' salon. He later made trips to Spain, Morocco, Egypt and Istanbul to study and document what he saw there.

In 1905, he moved to Fontenay-aux-Roses where he set up a shop to produce faience tiles with orientalist themes. He decorated his home in Ottoman style and lived a reclusive life. His exact date of death was apparently not recorded.

He began as genre painter but, from 1885, he devoted himself exclusively to paintings with orientialist motifs; especially Islamic scenes, such as the interiors of mosques. He also painted harem scenes and portrayals of everyday life in North Africa, based on photographs and prints as well as his own memories from his travels in those regions. 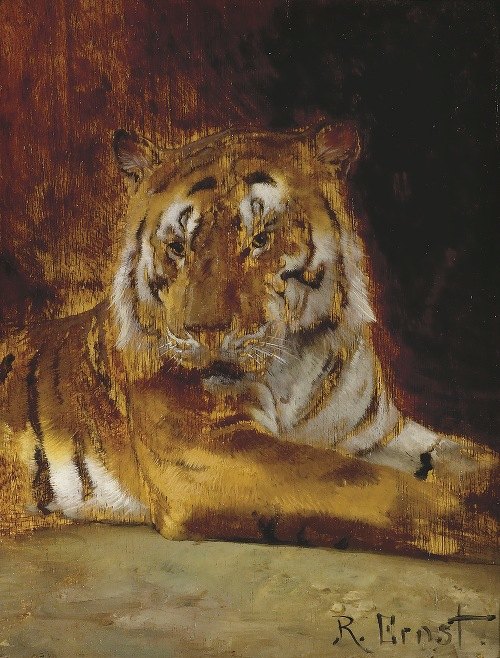 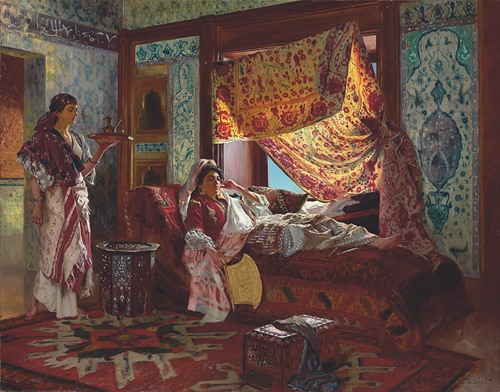 Taking Tea In The Harem 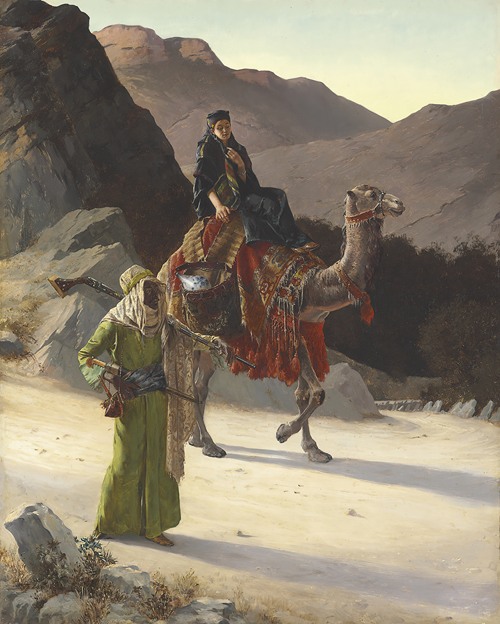 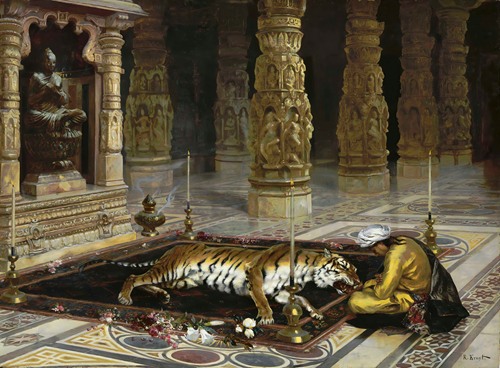 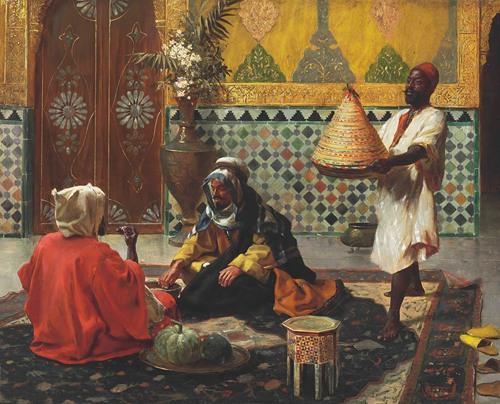 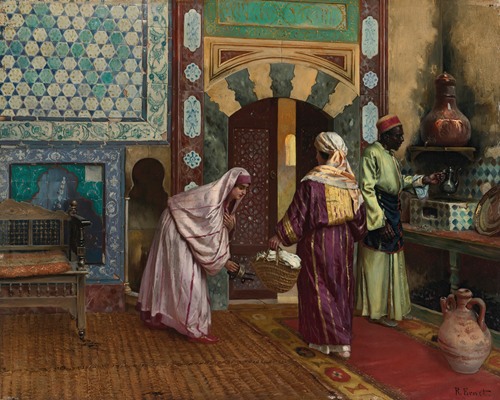 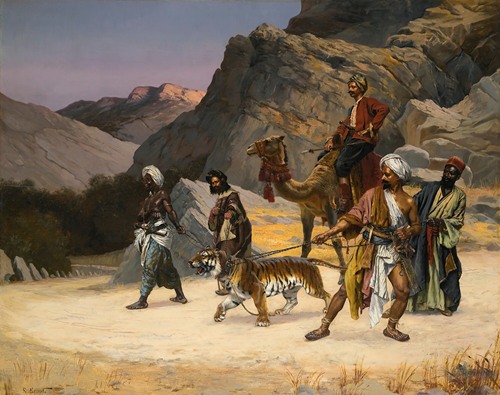 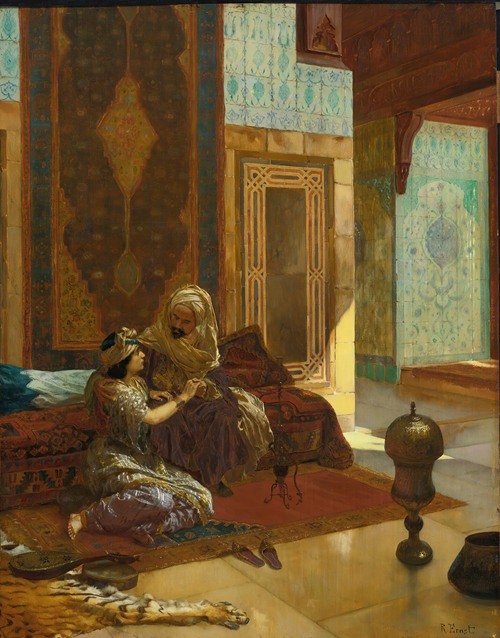 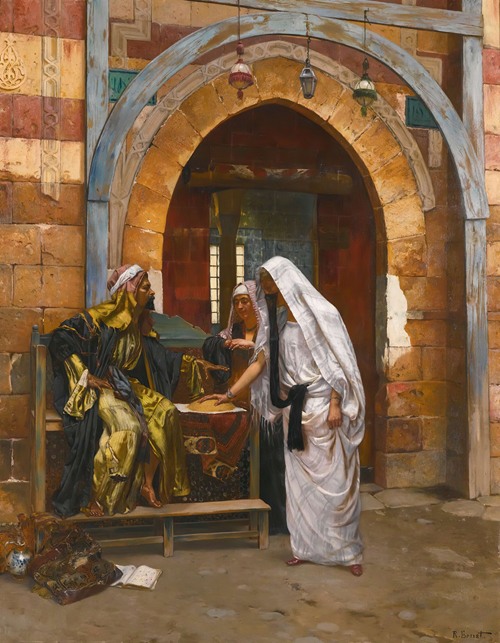 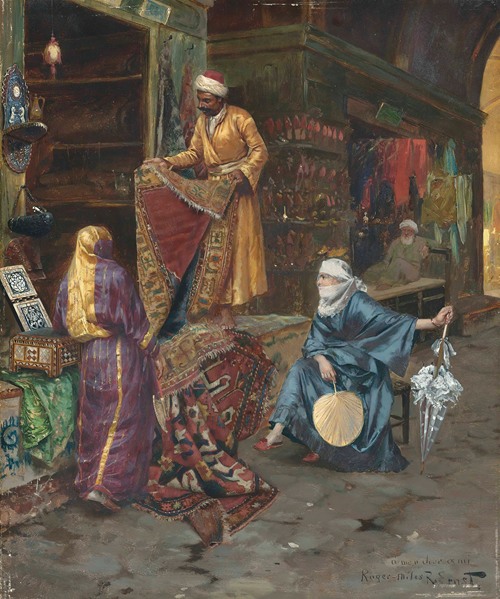 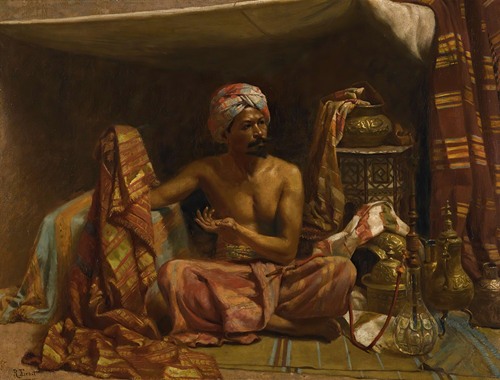 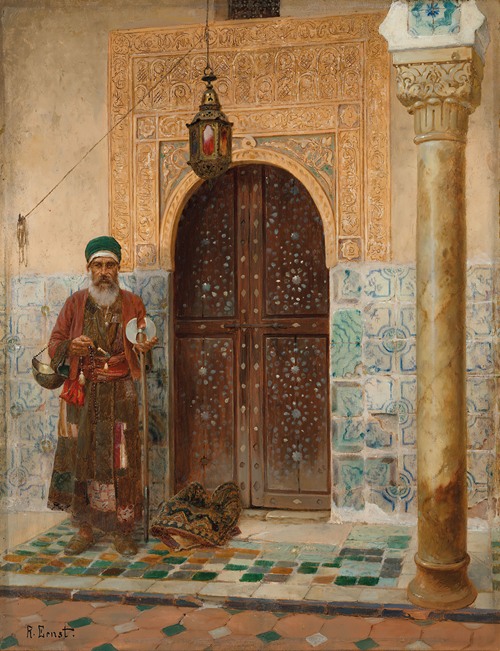 A holy man by an entrance 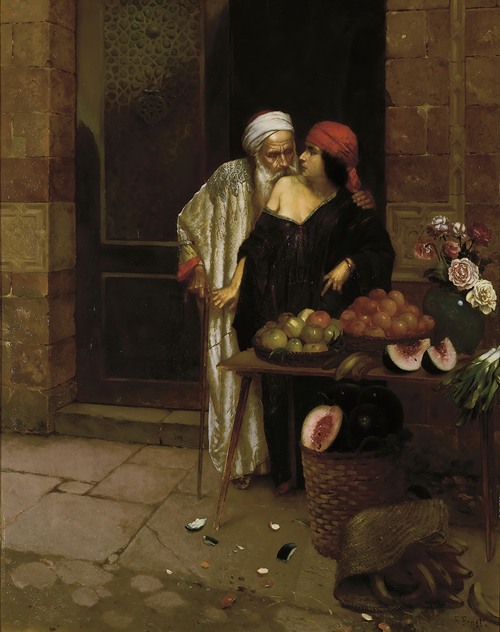 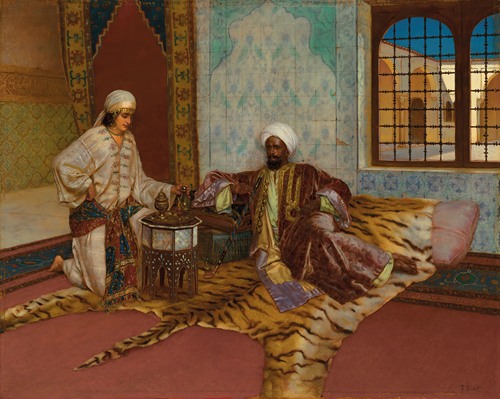 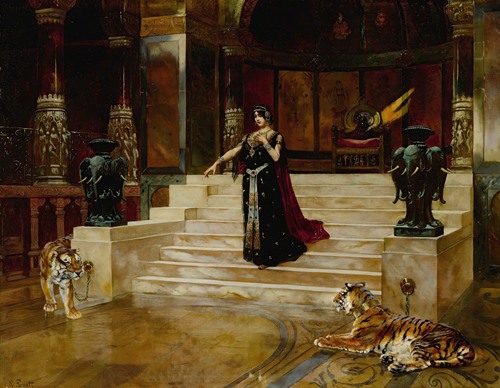 Salomé and the tigers 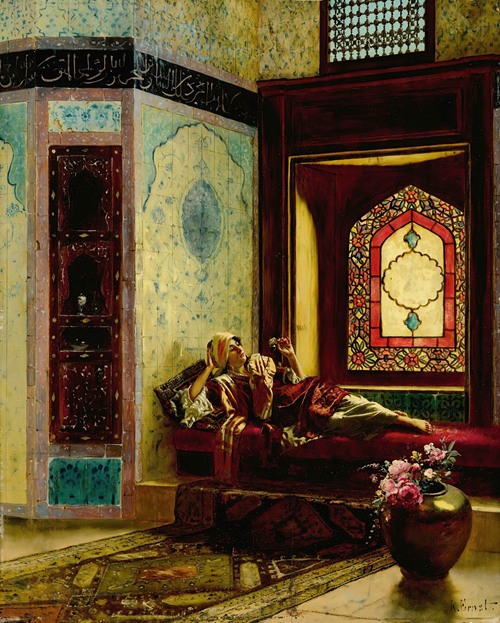 Languorous oriental lady with a rose 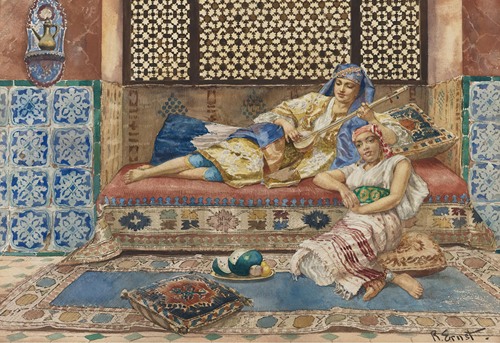 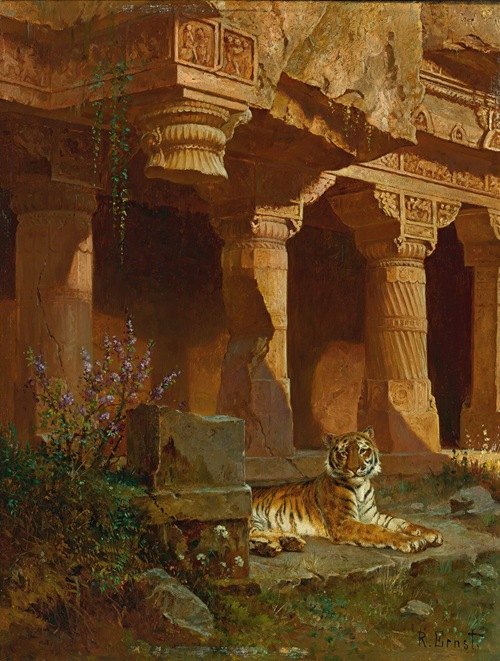 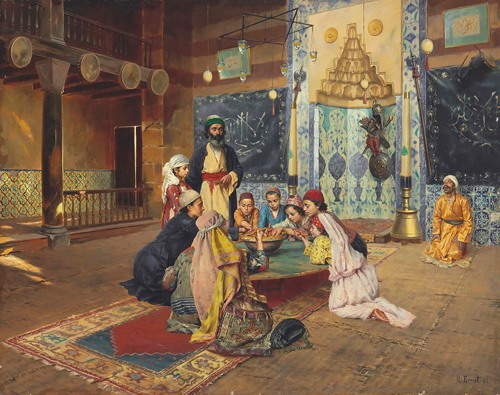 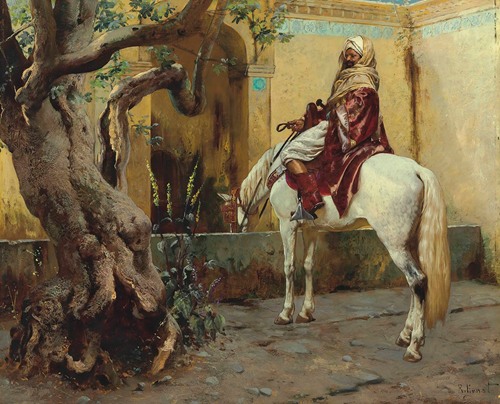 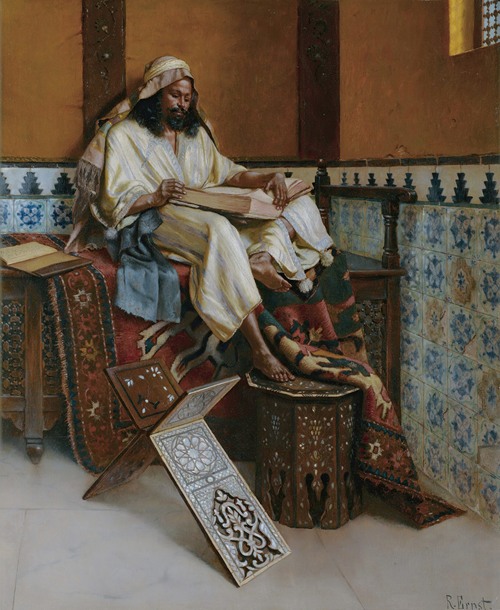 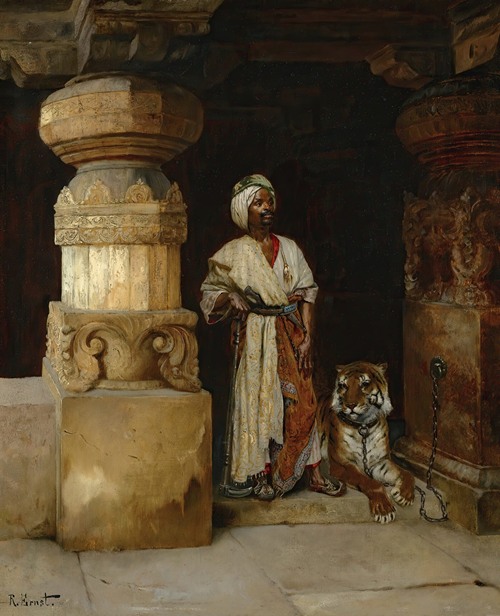 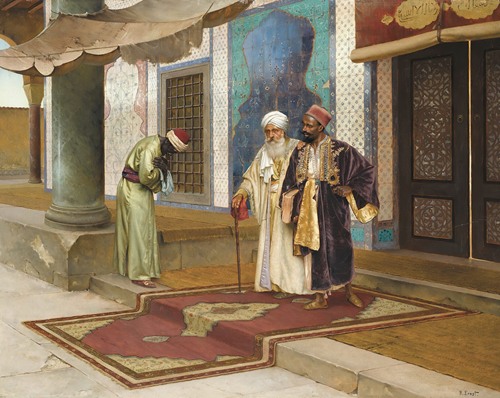 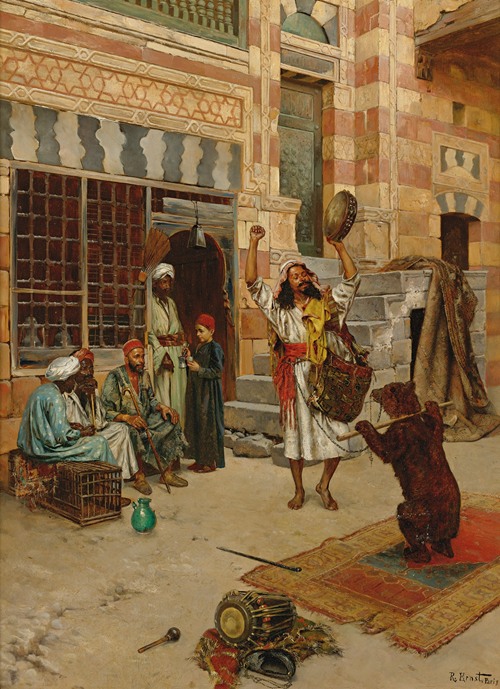 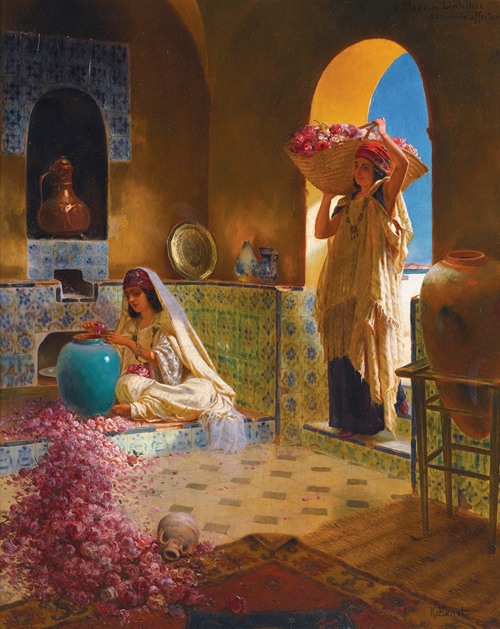 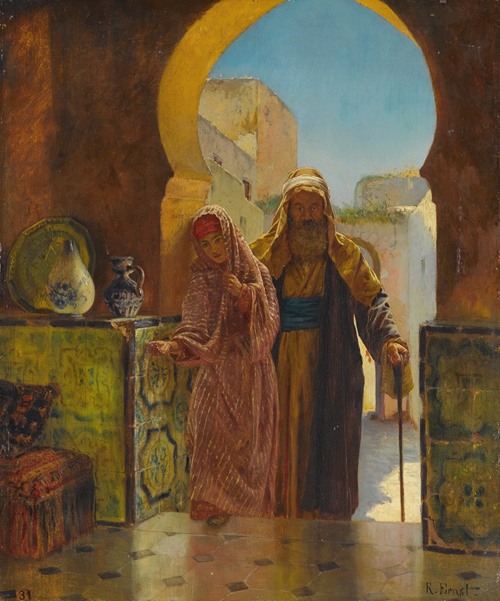 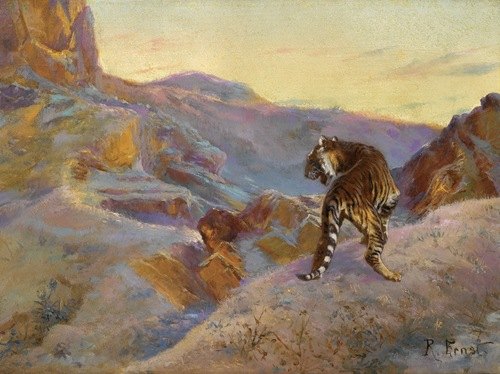 Tiger in the mountains