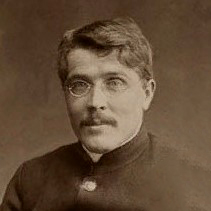 Hendrik Emil (Rik) Wouters was a Belgian painter, sculptor and draughtsman. Wouters produced 200 paintings, drawings and sculptures in his 34 years before his illness-caused death. he died partway through the First World War on 11 July 1916 in Amsterdam. A sculptor, painter, draughtsman and etcher of typically fauvist style, Wouters' art resembled the works of artists including Henri Matisse, Paul Cézanne and André Derain- the "forefathers" of Fauvism.

Rik Wouters' art, according to Adams (2018), reflects themes of "warmth and tenderness", his paintings characterised by an array of colours and brush strokes, frequently leaving unpainted canvas to increase this effect. Often depicting his muse, his wife Hélène Philomène Lionardine Duerinckx (Nel), Wouters disregarded hidden symbolic inferences within his art in favour of a more "simplistic and genuine" style, distancing himself from mainstream artists. Wouters was educated in fine arts academies in Mechelen and Brussels, however his works usually slightly differ stylistically from other Fauvist artists.

Colours used in Nude in a Cane Chair

Colours Used in Self Portrait in a Green Hat

Colours Used in Self Portrait with Black Eye Patch

Nel Sewing before the Burtterfly Sofa (1914)

Roofs, Trees and a Woman

Study of a Cat