Prospero Fontana was a Bolognese painter of late Renaissance and Mannerist art. He is perhaps best known for his frescoes and architectural detailing. The speed in which he completed paintings earned him commissions where he worked with other prominent artists of the period. He was a prominent figure in the city of Bologna, whose roles included art instructor and consultant on the reformation of religious art.

Prospero Fontana was likely taught by Innocenzo da Imola, but there is a degree of uncertainty surrounding the relationship between the two men. As a teenager, Fontana was an assistant on Perino del Vaga's Palazzo Doria in Genoa. However, art historians cannot definitively identity Fontana's contributions to the decorations.

In the 1550s, Fontana painted Pope Julius III's portrait and was pensioned at the pontifical court. He also decorated the Palazzo di Firenze for the Pope's brother, Balduino del Monte. During his time in Rome, he collaborated with Taddeo Zuccaro on the Villa Giulia in Rome (1553). J. A. Gere suggests that Fontana supervised the project and was responsible for the paintings in the North Room.

Fontana worked with Giorgio Vasari on a few commissions, which are briefly described in the Lives of the Most Excellent Painters, Sculptors and Architects. Vasari notes that Fontana was unable to complete his work on the Chateau of Fontainebleau (1560) in France due to a health issue. Finished collaborative work includes the Palazzo Vecchio in Florence (1563-5). Florian Härb observes the similarities between several of Vasari's drawings and Fontana's larger paintings, which indicate that the drawings were the basis for much of Fontana's commissions. There are multiple explanations offered by Härb and Charles Davis, including Fontana's admiration of Vasari's style and prominence in Renaissance Italy.

In 1565, Fontana was elected to the Accademia delle Arti del Disegno in Florence. In 1576, Fontana was one of several artists and intellectuals consulted by Cardinal Gabriele Paleotti in the debate over the reformation of religious art.

Pellegrino Tabaldi and Fontana worked on the Cappella Poggi in S Giacomo Maggiore in Bologna.

Towards the end of his career, Fontana opened a school of art in Bologna. Some of his most notable students were Ludovico Carracci, Agostino Carracci, Lorenzo Sabbatini, and Denys Calvaert. In Bologna, Fontana served as a arbitrator and resolved professional disputes. Robert W. Gaston explains that this was a prestigious position at the time.

Fontana died in Bologna in 1597. The altarpiece of the Adoration of the Magi, in the church of Santa Maria delle Grazie, is considered to be his masterpiece. A large quantity of his work remains in Bologna. 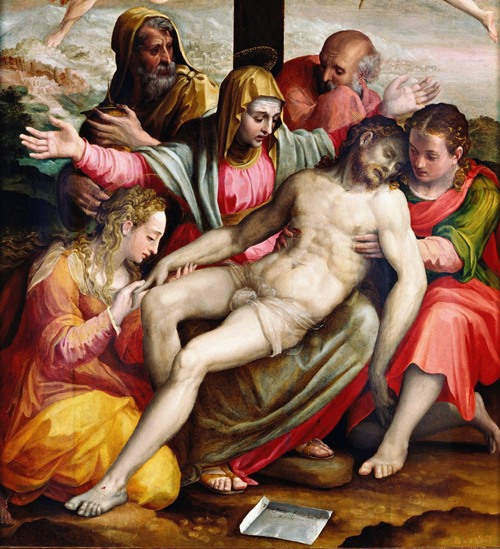 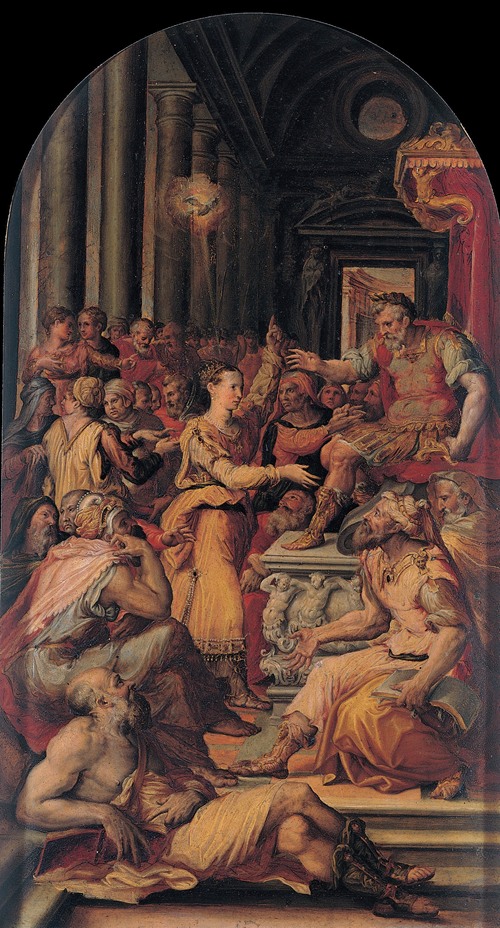 The Dispute of Saint Catherine (1551) 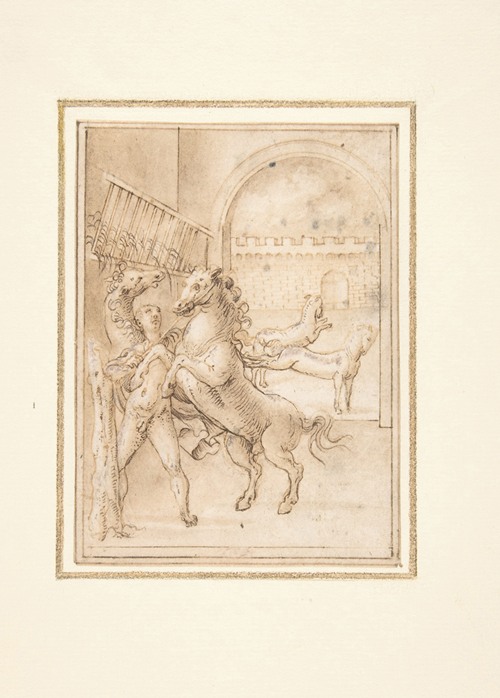 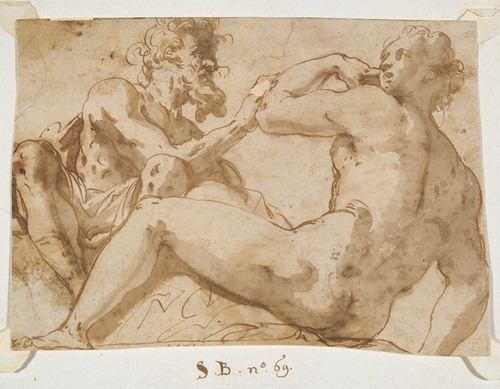 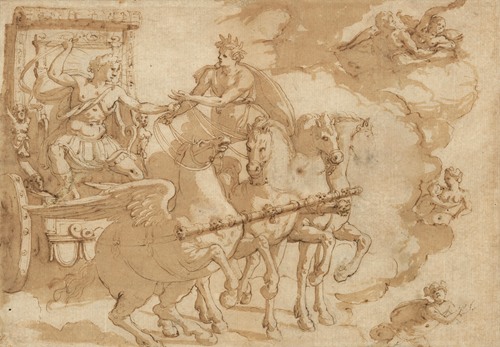 Phaeton receiving the chariot from Apollo

Study of a nude male youth, and a small study of a putto