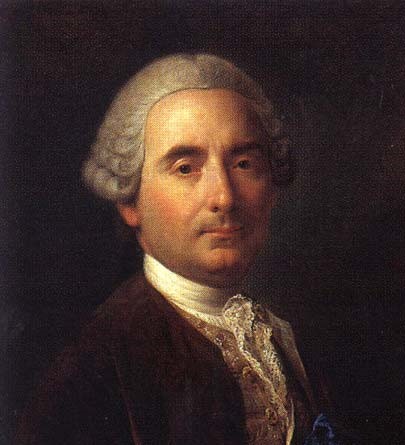 Pietro Antonio Rotari was an Italian painter of the Baroque period. Born in Verona, he led a peripatetic career, and died in Saint Petersburg, where he had traveled to paint for the Russian court. His portraits, mostly of women, are renowned for being beautiful and realistic. Rotari's works were generally limited to royal portraits held by notables such as emperors and court ladies.

He was initially a pupil of Antonio Balestra, but moved and lived in Venice from 1725 to 1727. He then joined the studio of Francesco Trevisani in Rome (1728–1732). Between 1731 and 1734, he worked with Francesco Solimena in Naples. He then returned then to Verona, where he started a studio. In 1750, he had moved to Vienna. In 1756, he was invited to Russia by the court of the Tsarina Elizabetta Petrovna. From there he moved to Dresden and to work with the court of Augustus III of Poland. He returned to St Petersburg to work with the court of Catherine II.

A young woman holding a mask and a pomegranate

A Peasant Girl In Profile Wearing A White Scarf

A Young Woman With A Flower In Her Hair

A girl in a blue jacket and white headscarf

Portrait Of A Young Woman With A Hair Band

Girl Looking through a Telescope