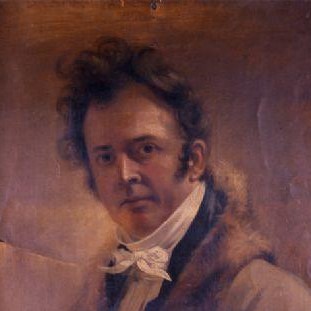 Philip Tilyard studied with his father, an English painter who had immigrated to America. After his father died, Tilyard worked with another artisan for a year and then with his brother as a sign and ornament painter. In 1814 the Baltimore City Directory listed his occupation as ​“portraitist.” For a short time, Tilyard went into the dry goods business, but was unsuccessful and returned to making signs to support himself. Tilyard eventually built back his reputation as a portrait painter for wealthy Baltimore citizens. But this success did not last long, and he died poor from what his obituary described as a ​“lingering illness.”