Baron László Mednyánszky or Ladislaus Josephus Balthasar Eustachius Mednyánszky (Slovak: Ladislav Medňanský), a Hungarian painter-philosopher, is one of the most enigmatic figures in the history of Hungarian art. Despite an aristocratic background, he spent most of his life moving around Europe working as an artist. Mednyánszky spent considerable periods in seclusion but mingled with people across society – in the aristocracy, art world, peasantry and army – many of whom became the subjects of his paintings. His most important works depict scenes of nature and poor, working people, particularly from his home region in Kingdom of Hungary. He is also known as a painter of folklore of Upper Hungary (today mostly Slovakia).

Mednyánszky was born in Beckó, Kingdom of Hungary, Austrian Empire (today Beckov in Slovakia), to Eduárd Mednyánszky and Mária Anna Mednyánszky, (née Szirmay) both from landowning families. He came from a Hungarian noble family. Some say he was of Slovak origin, however, according to others, he was born into a Hungarian family with Polish and Hungarian ancestry. One of his grandmothers, Eleonora Richer was of French origin. His native tongue was Hungarian and it is not even sure he could speak Slovak.

Mednyánszky's family moved in 1861 to the chateau of his grandfather, Baltazár Szirmay, at Nagyőr [hu] (Strážky), near Szepesbéla (Spišská Belá, now in north-eastern Slovakia). This was to be the setting for many of his works. Mednyánszky met the Austrian artist Thomas Ender in 1863 when Ender visited the chateau at Nagyőr (Strážky). Ender took an interest in Mednyánszky's early efforts at drawing, lending his assistance to improve Mednyánszky's skills.

Mednyánszky attended a grammar school in Késmárk (Kežmarok), near his home, then attended the Akademie der Bildenden Künste (Academy of Fine Arts) in Munich in 1872–1873. Dissatisfied in Munich, he moved to Paris to attend the École des Beaux-Arts. After the death of his professor, Isidore Pils, in 1875, Mednyánszky left the École and began practicing independently from Montmartre.

Mednyánszky returned to Nagyőr (Strážky) after 1877 to continue painting, and subsequently traveled widely in Europe, between his childhood homes in Upper Hungary and Budapest, Vienna, Paris and beyond. Mednyánszky visited the Szolnok artists' colony in the autumn of 1877 and Italy in 1878. His mother died in 1883, after which he lived in seclusion in Nagyőr. He returned to Nagyőr in 1887 to help deal with an outbreak of cholera but soon fell ill himself, with pneumonia. He spent much of 1889–1892 in Paris and returned regularly to Nagyőr (Strážky) until 1900. His father, Eduard, died in 1895. Mednyánszky held his only solo exhibition at the Galerie Georges Petit in Paris in 1897. From the years 1905–1911 he lived in Budapest, then later moved to Vienna.

When the First World War broke out in 1914, Mednyánszky was in Budapest again. He worked as a war correspondent on the Austro-Hungarian frontlines in Galicia, Serbia, and the southern Tirol. In the spring of 1918, he returned to Nagyőr (Strážky) to recover from war wounds. After spending some time working in Budapest, Mednyánszky died in poor health in the spring of 1919, in Vienna. He was homosexual, having had several relationships with men throughout his life. The longest and most important one, with Bálint Kurdi of Vác, lasted for decades.

Mednyánszky's works were largely in the Impressionist tradition, with influences from Symbolism and Art Nouveau. His works depict landscape scenes of nature, the weather and everyday, poor people such as peasants and workmen. The region of his birth, north-eastern part of the Kingdom of Hungary), part of Austria-Hungary was the site and subject of many of his paintings; scenes from the Carpathian Mountains and the Hungarian Plains are numerous. He also painted portraits of his friends and family, and images of soldiers during the First World War whilst working as a war correspondent. 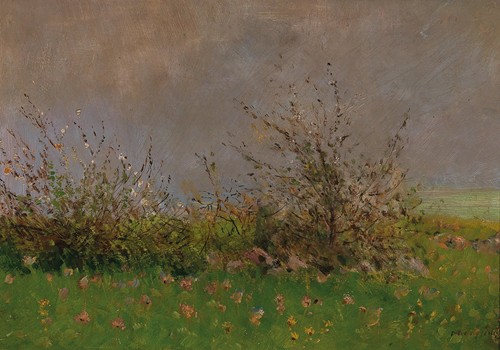 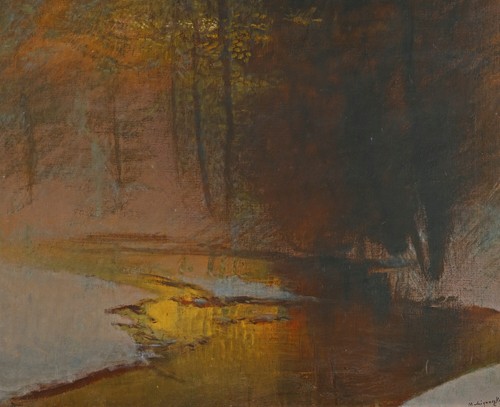 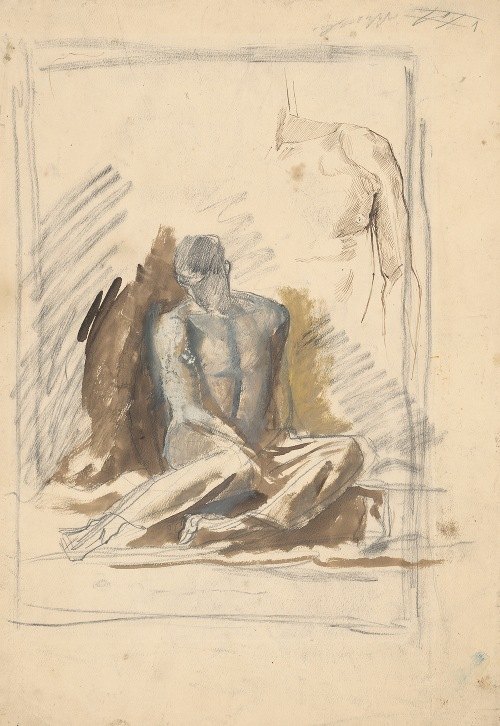 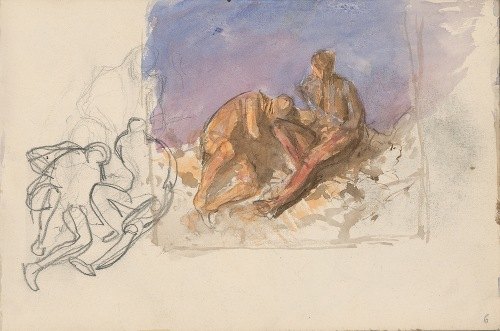 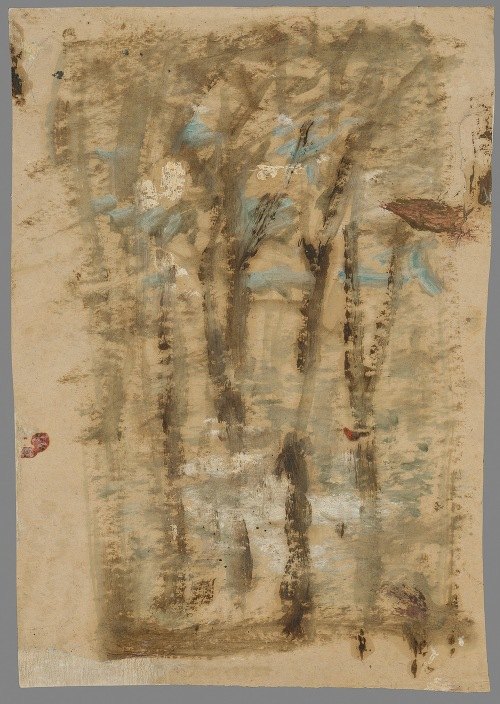 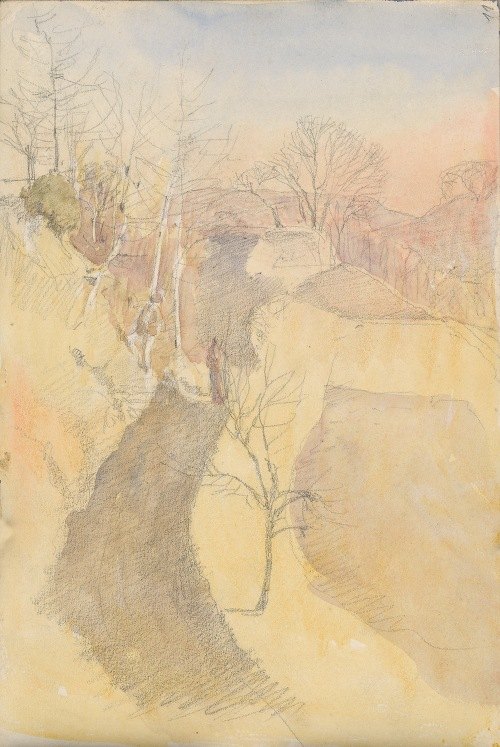 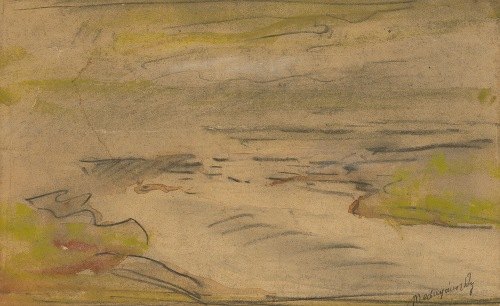 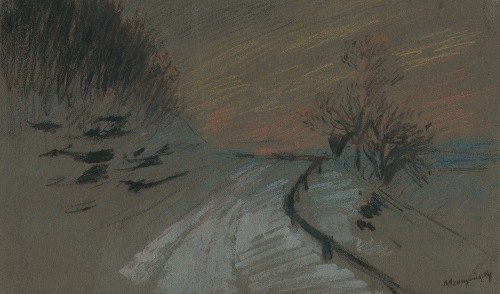 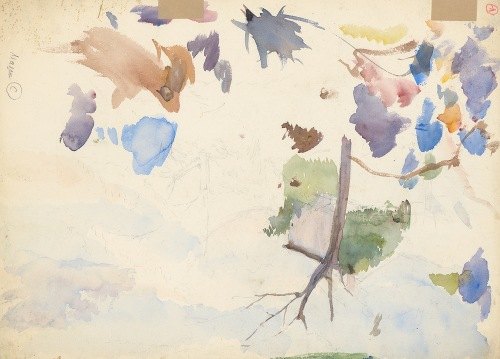 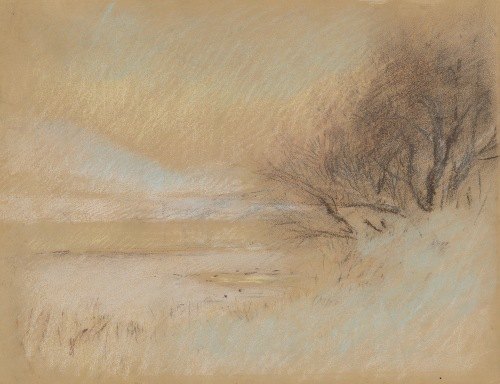 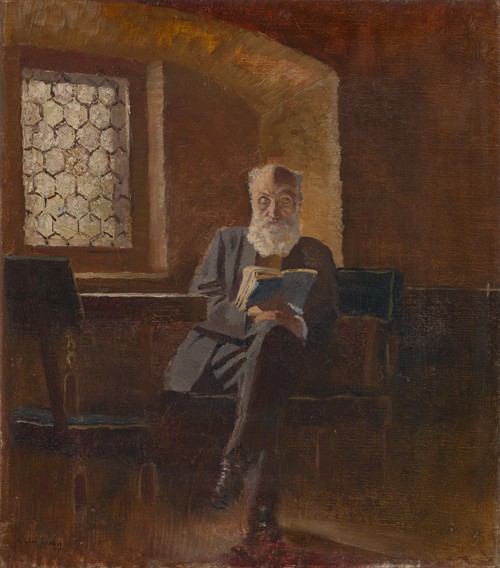 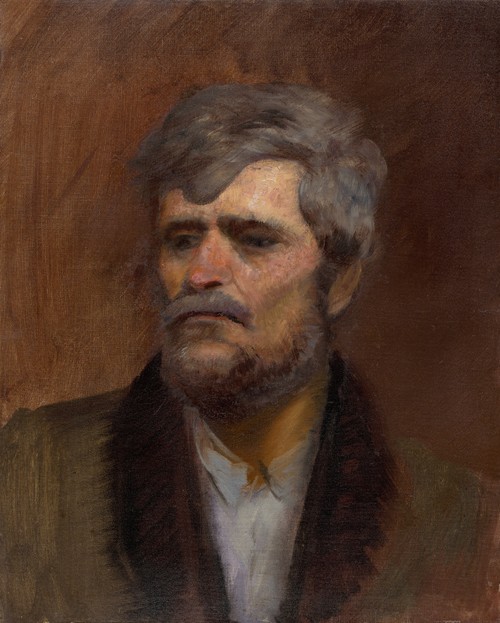 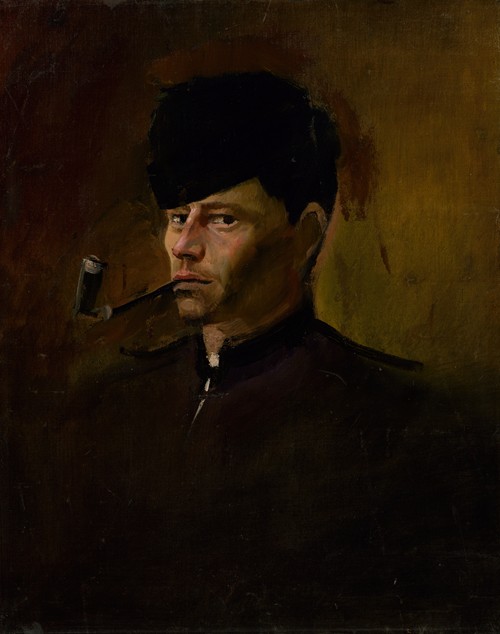 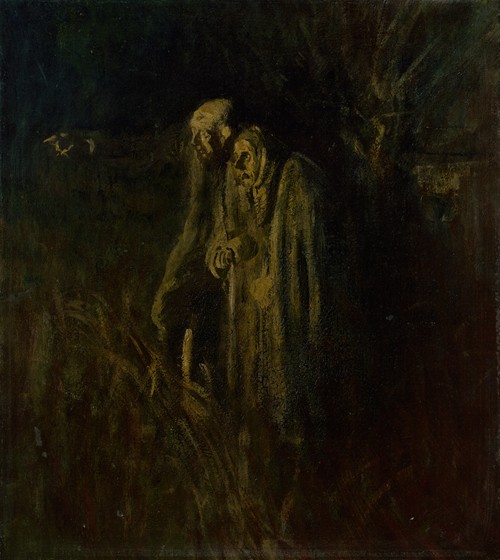 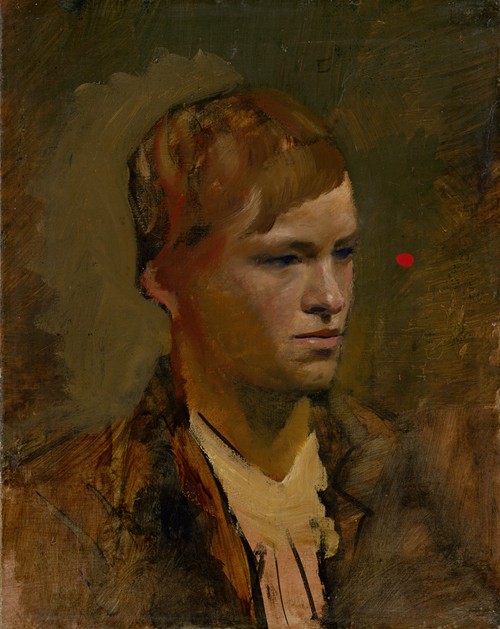 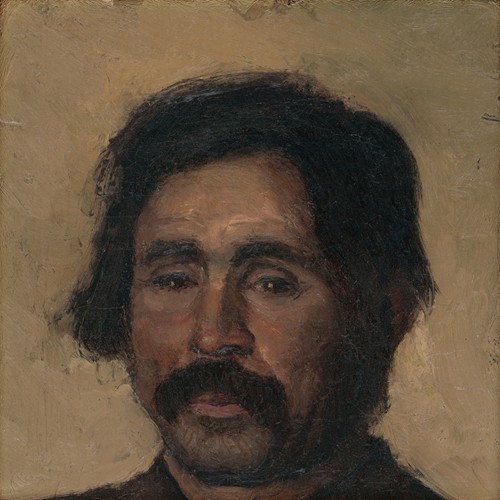 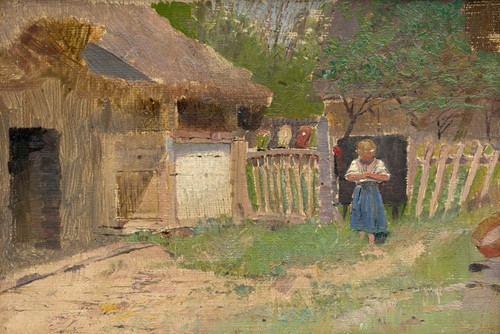 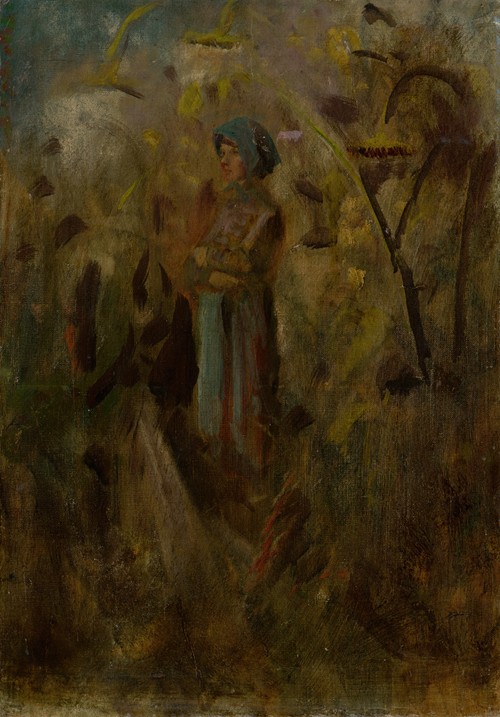 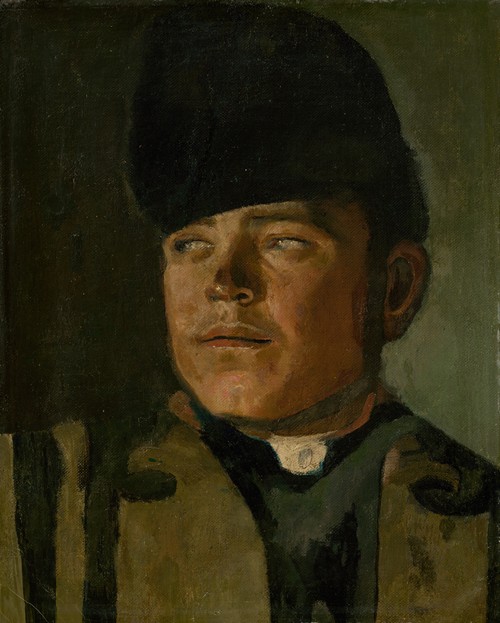 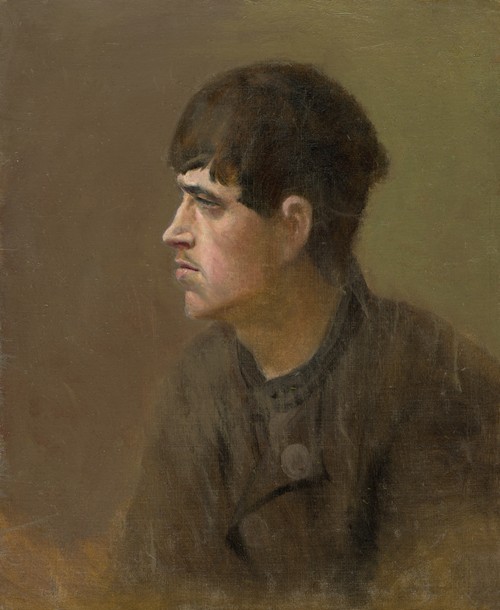 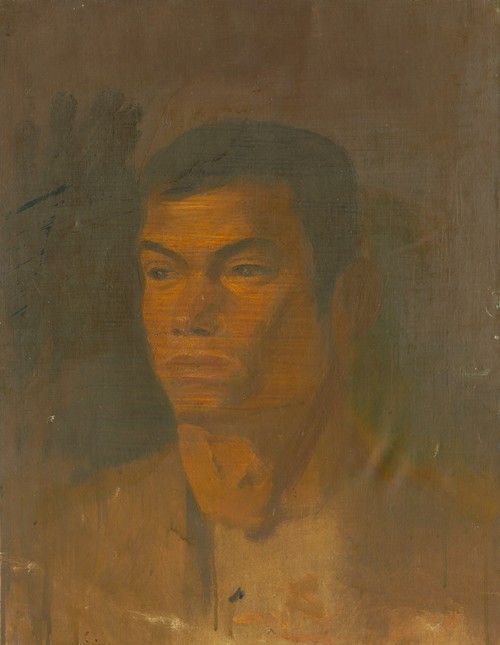 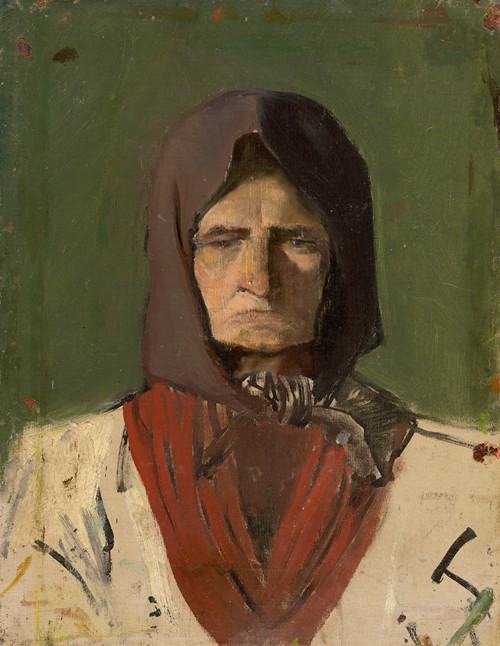 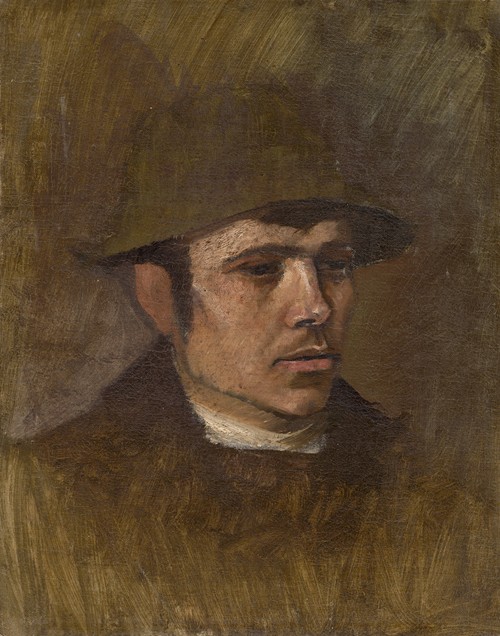 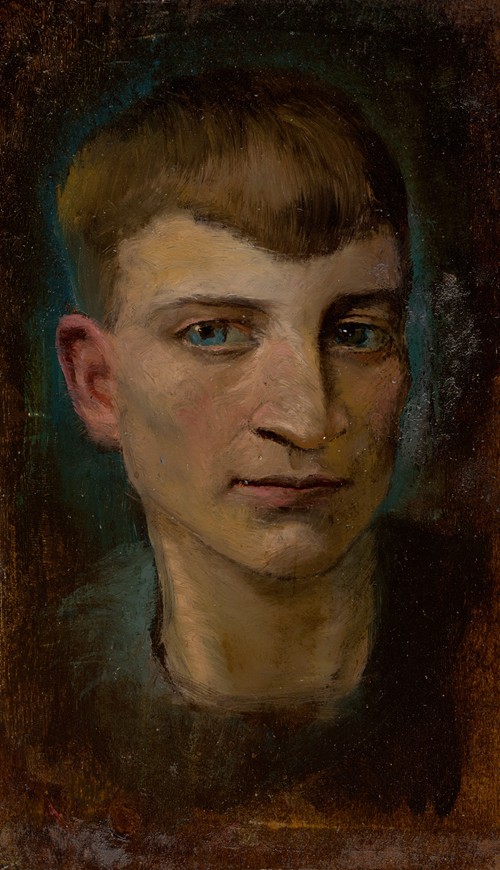 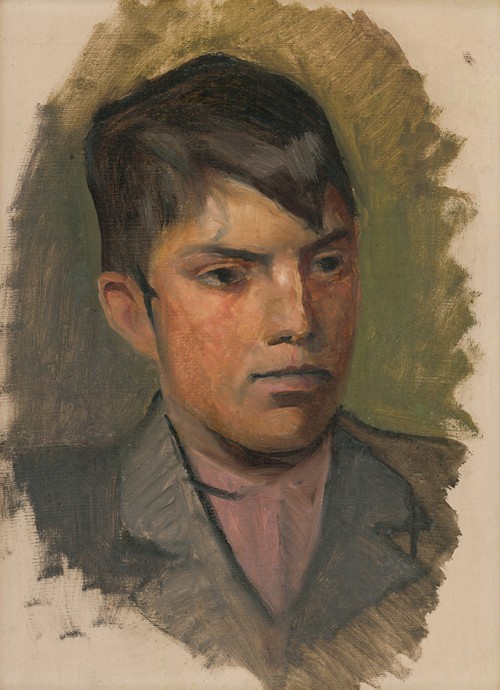 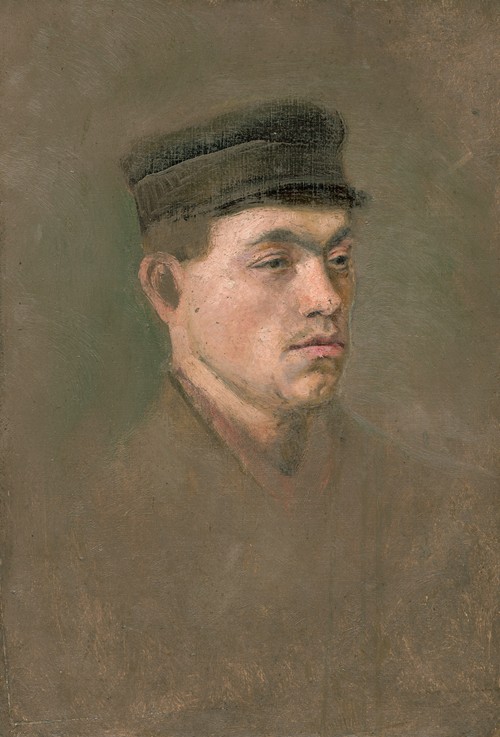 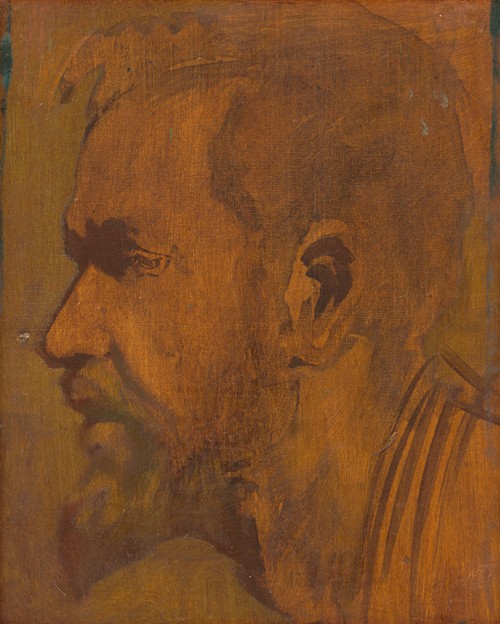 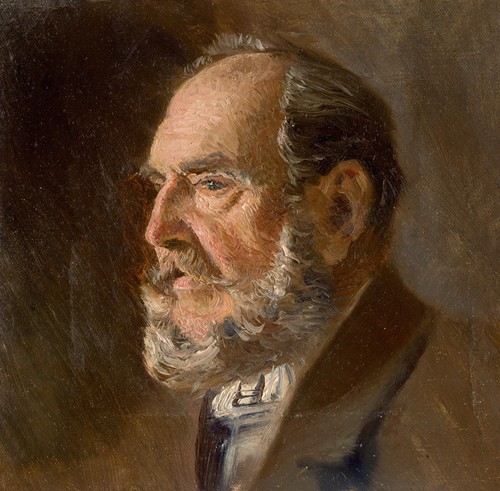