Jules Chéret was a French painter and lithographer who became a master of Belle Époque poster art. He has been called the father of the modern poster.

Born in Paris to a poor but creative family of artisans, Chéret had a very limited education. At age thirteen, he began a three-year apprenticeship with a lithographer and then his interest in painting led him to take an art course at the École Nationale de Dessin. Like most other fledgling artists, Chéret studied the techniques of various artists, past and present, by visiting Paris museums.

From 1859 to 1866, he was trained in lithography in London, England, where he was strongly influenced by the British approach to poster design and printing. On returning to France, Chéret created vivid poster ads for the cabarets, music halls, and theaters such as the Eldorado, the Olympia, the Folies Bergère, Théâtre de l'Opéra, the Alcazar d'Été and the Moulin Rouge. He created posters and illustrations for the satirical weekly Le Courrier français.

His works were influenced by the scenes of frivolity depicted in the works of Rococo artists such as Jean-Honoré Fragonard and Antoine Watteau. So much in demand was he, that he expanded his business to providing advertisements for the plays of touring troupes, municipal festivals, and then for beverages and liquors, perfumes, soaps, cosmetics and pharmaceutical products. Eventually he became a major advertising force, adding the railroad companies and a number of manufacturing businesses to his client list.

As his work became more popular and his large posters displaying modestly free-spirited females found a larger audience, pundits began calling him the "father of the women's liberation." Females had previously been depicted in art as prostitutes or puritans. The women of Chéret's posters, joyous, elegant and lively—'Cherettes', as they were popularly called—were neither. It was freeing for the women of Paris, and heralded a noticeably more open atmosphere in Paris where women were able to engage in formerly taboo activities, such as wearing low-cut bodices and smoking in public. These 'Cherettes' were widely seen and recognised, and a writer of the time said "It is difficult to conceive of Paris without its 'Cheréts' (sic)."

In 1895, Chéret created the Maîtres de l'Affiche collection, a significant art publication of smaller sized reproductions featuring the best works of ninety-seven Parisian artists. His success inspired an industry that saw the emergence of a new generation of poster designers and painters such as Charles Gesmar and Henri de Toulouse-Lautrec. One of his students was Georges de Feure.

In his old age Chéret retired to the pleasant climate of the French Riviera at Nice. He died in 1932 at the age of ninety-six and was interred in the Cimetière Saint-Vincent in the Montmartre quarter of Paris.

He was awarded the Légion d'honneur by the French Government in 1890 for his outstanding contributions to the graphic arts. Although his paintings earned him a certain respect, it was his work creating advertising posters, taken on just to pay his bills but eventually his dedication, for which he is remembered today.

In 1933 he was honoured with a posthumous exhibition of his work at the prestigious Salon d'Automne in Paris. Over the years, Chéret's posters became much sought after by collectors from around the world. 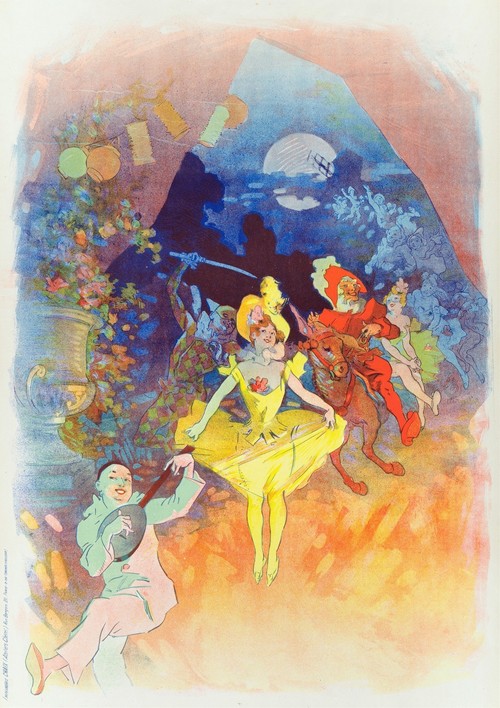 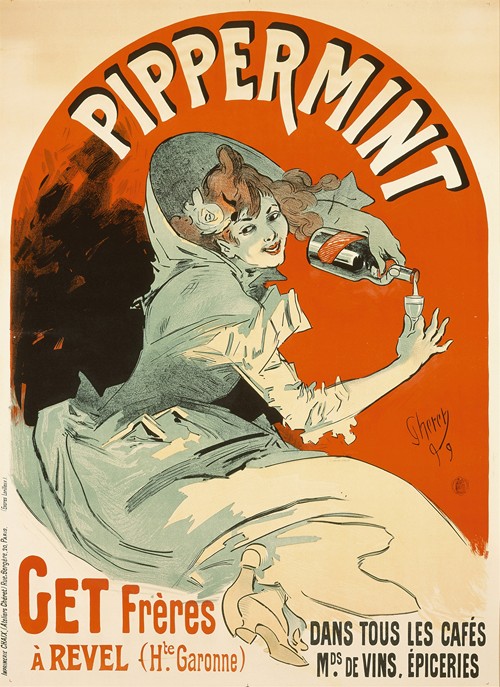 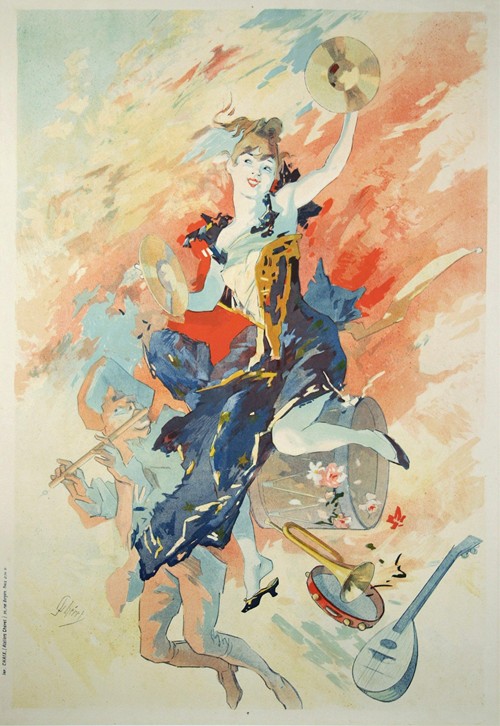 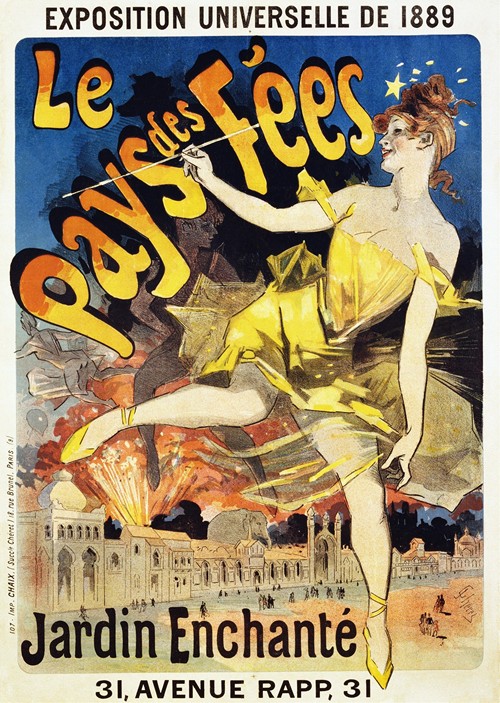 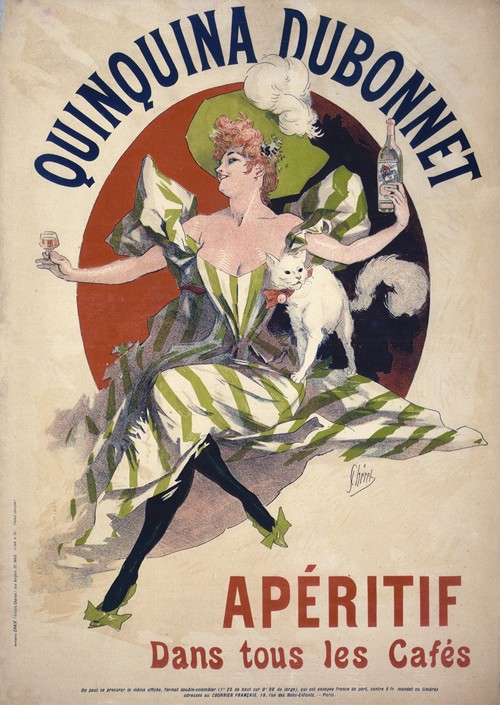 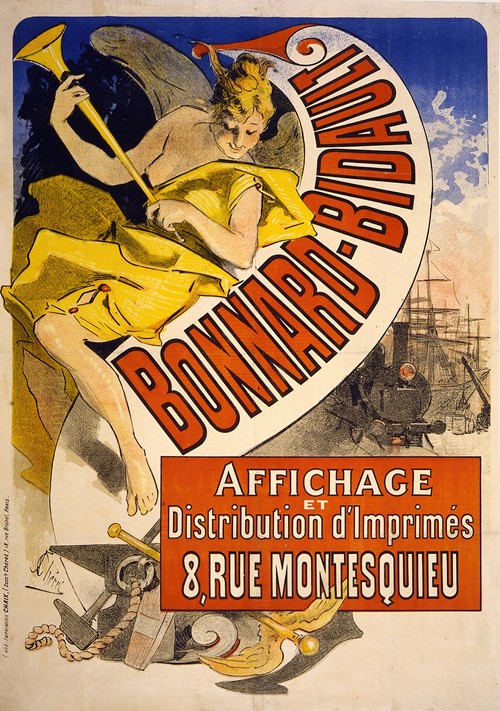 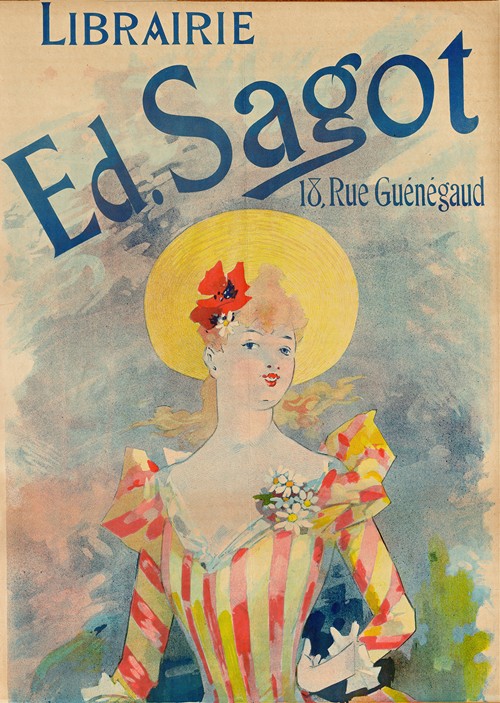 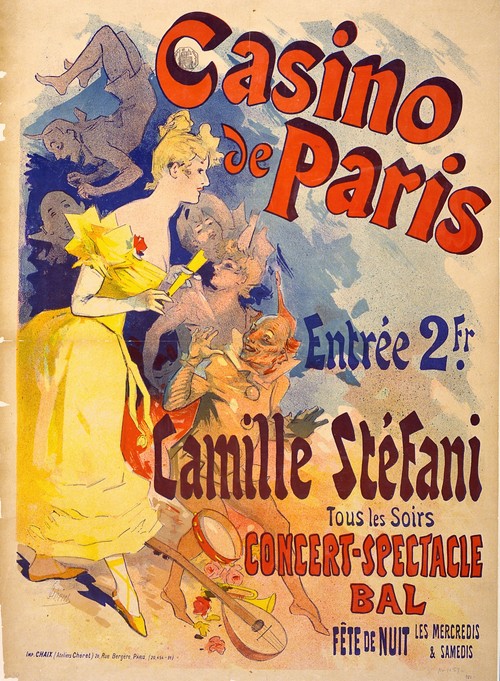 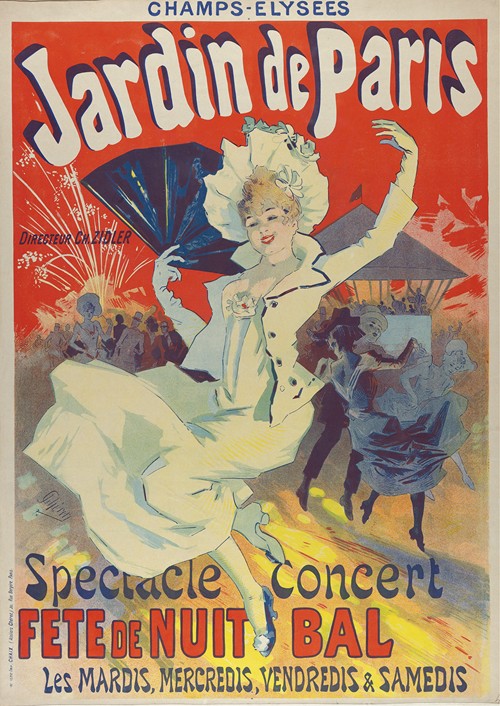 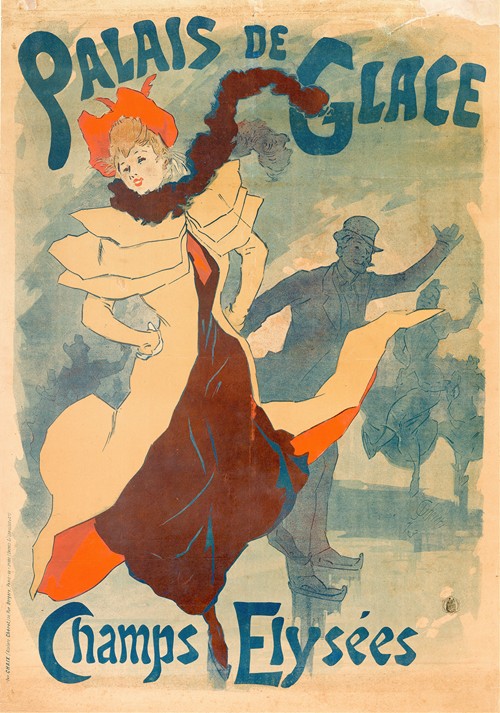 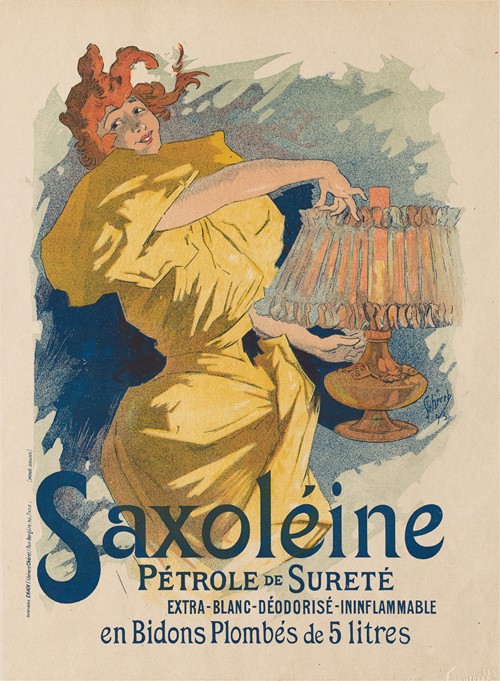 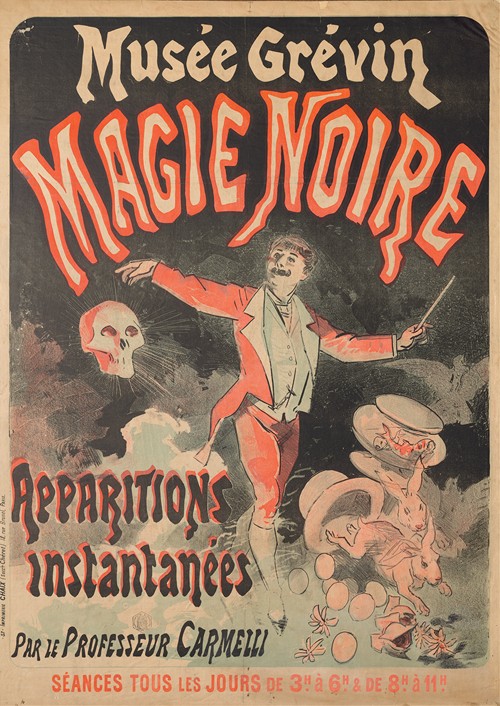 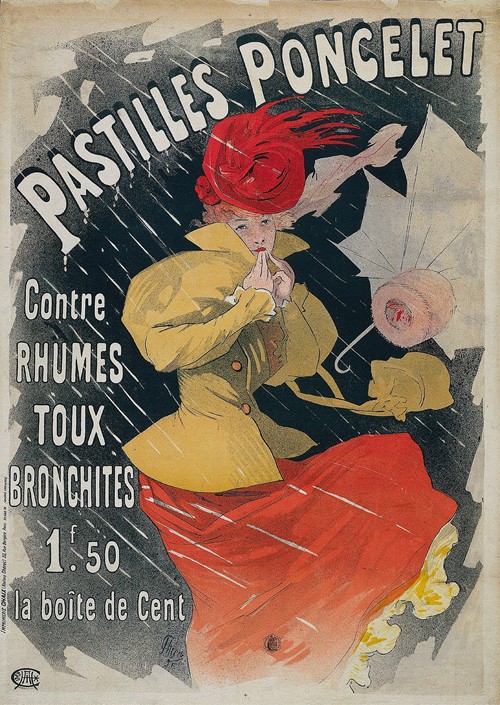 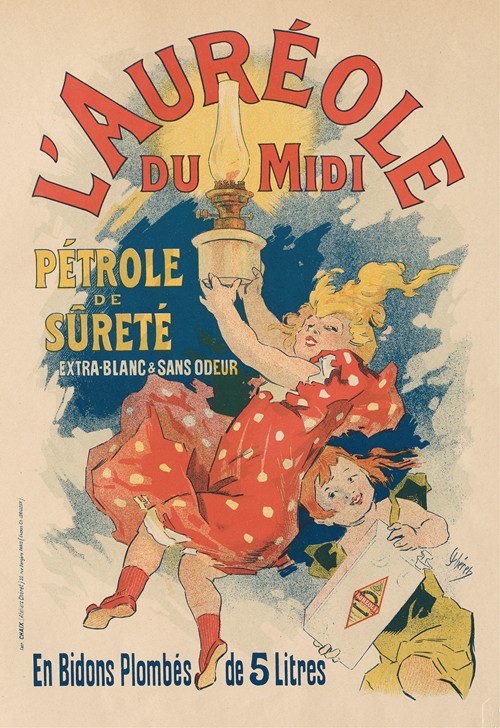 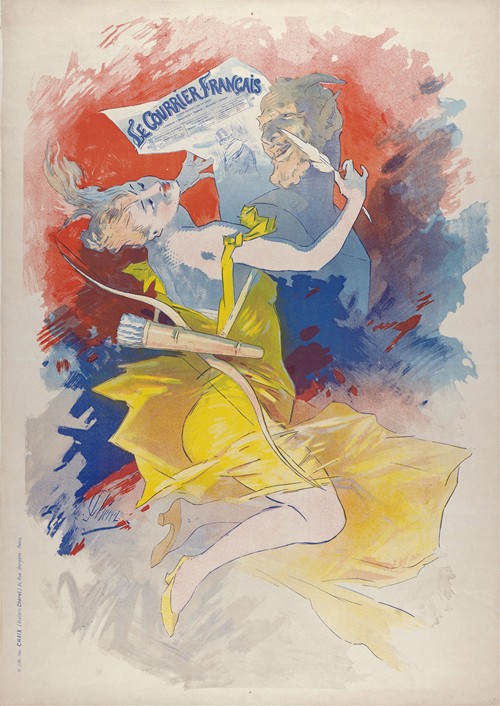 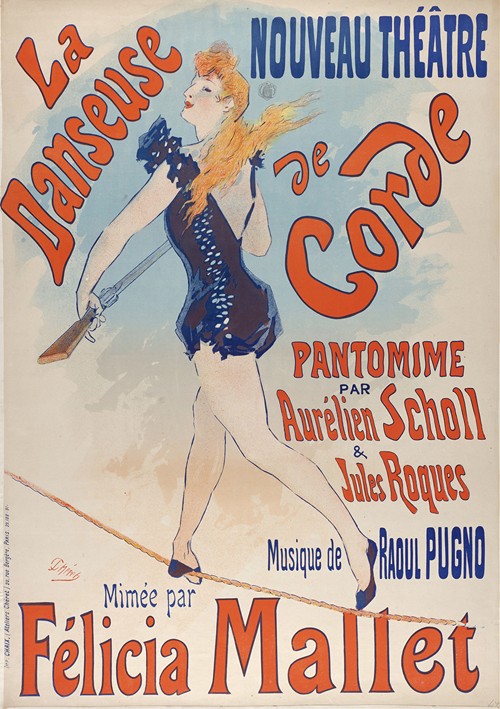 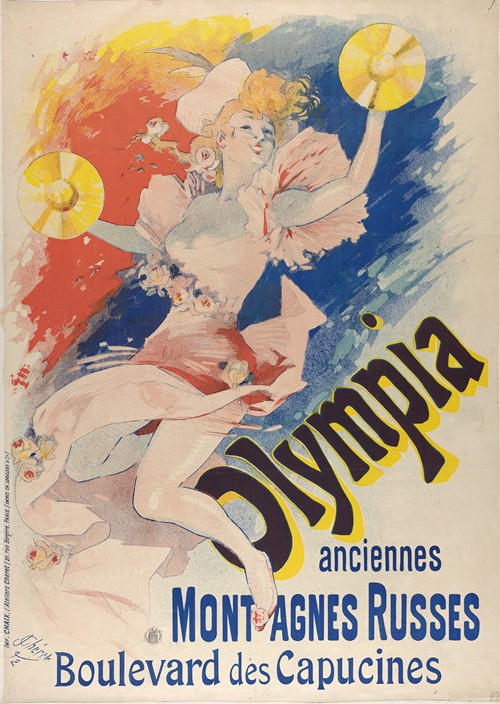 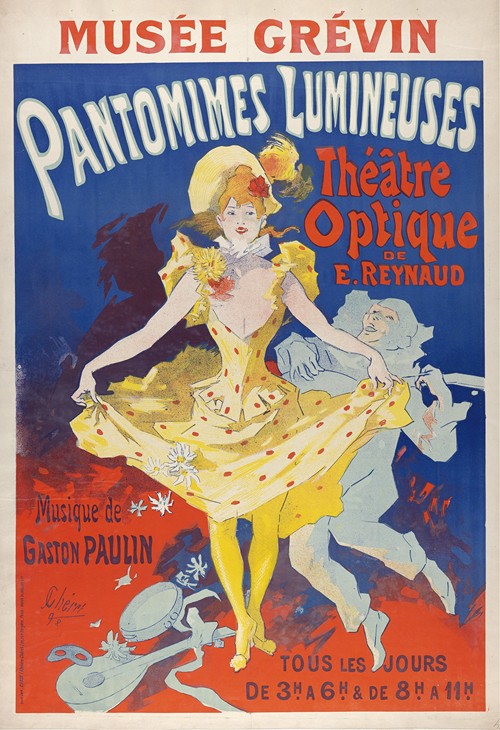 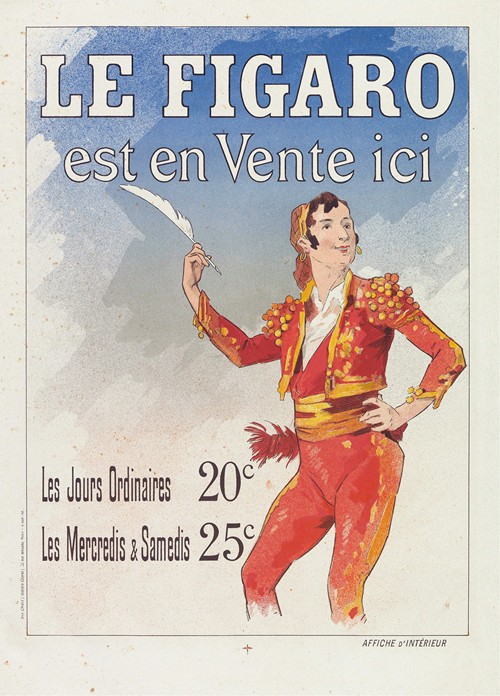 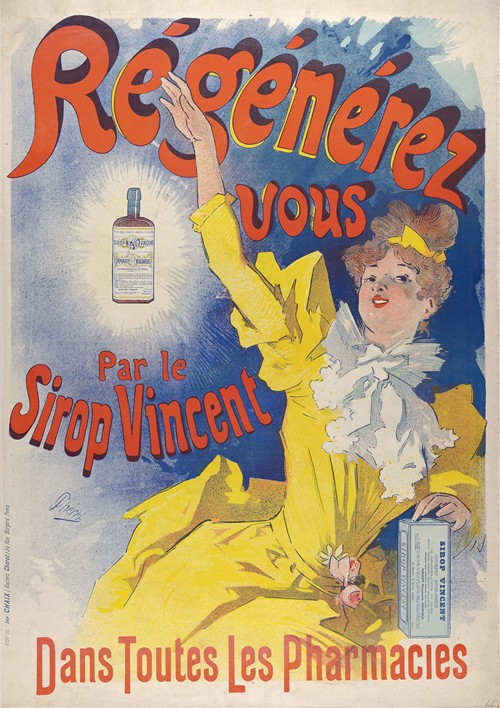 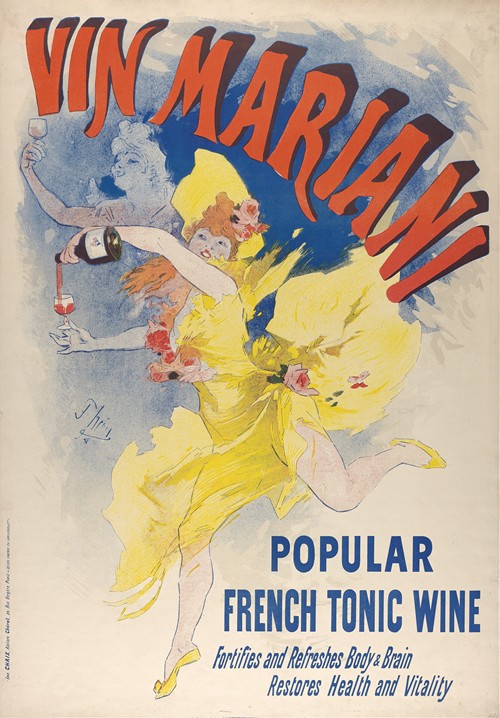 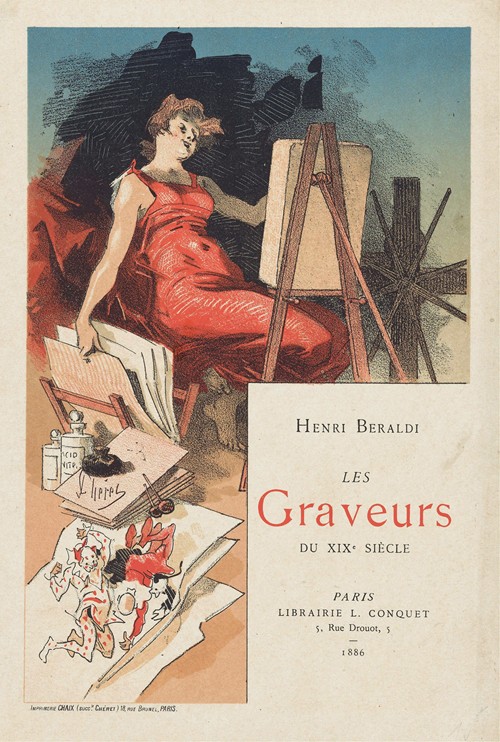 Woman Surrounded by a Printmaker’s Tools and Materials (1886) 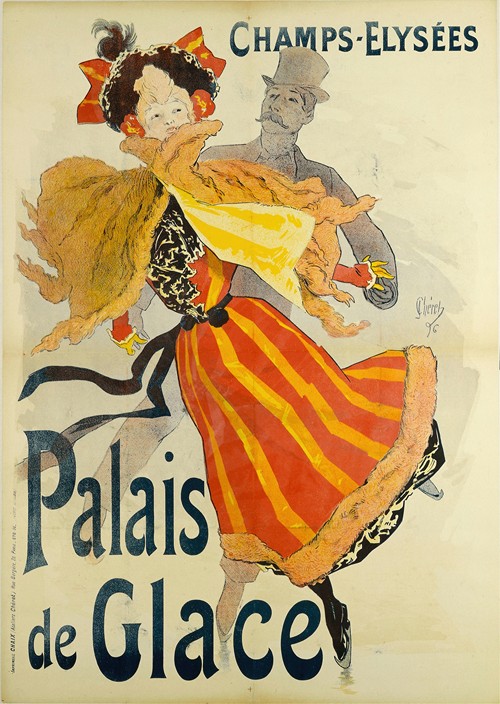 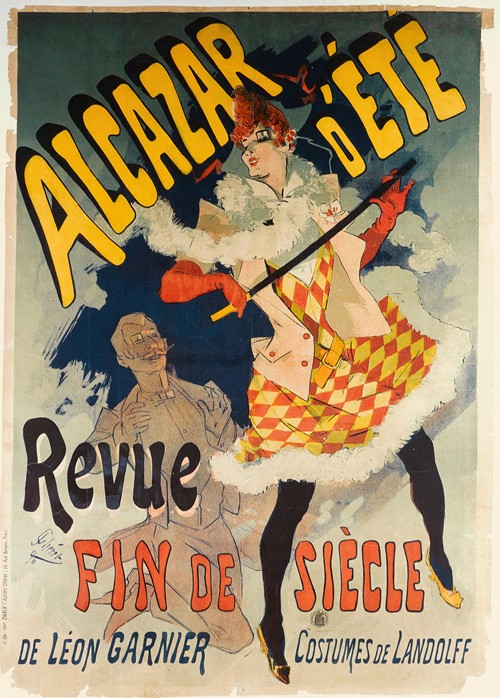 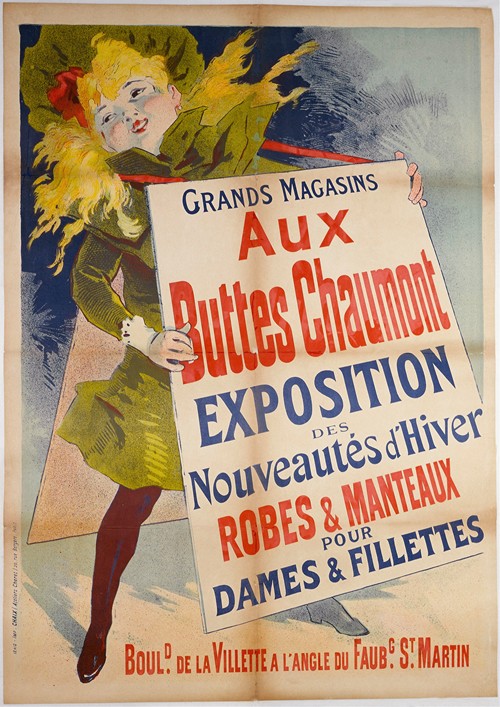 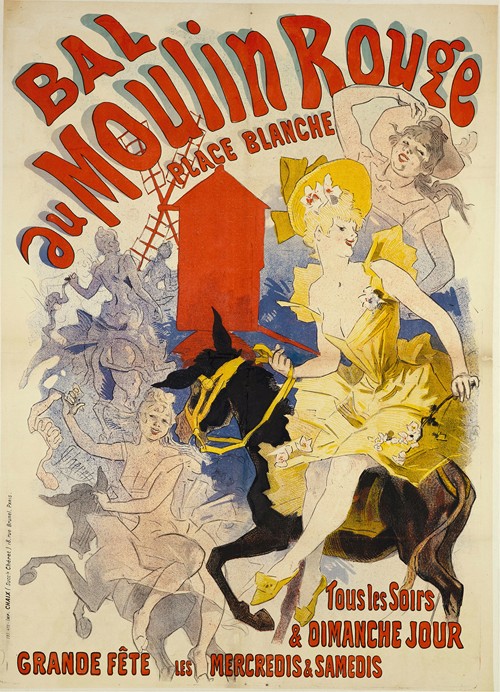 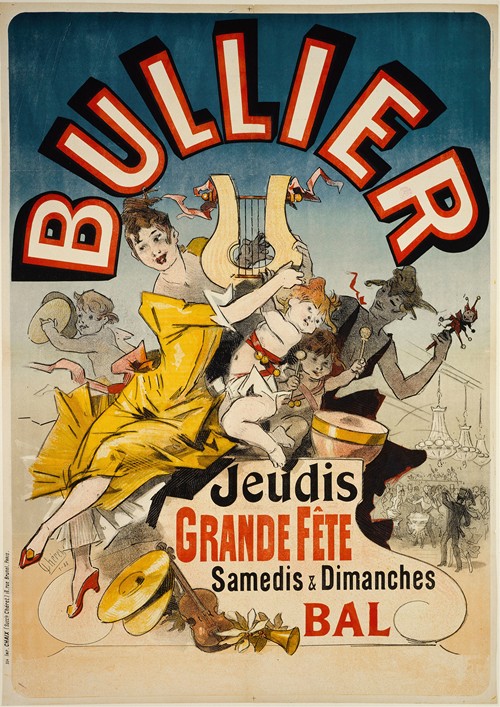 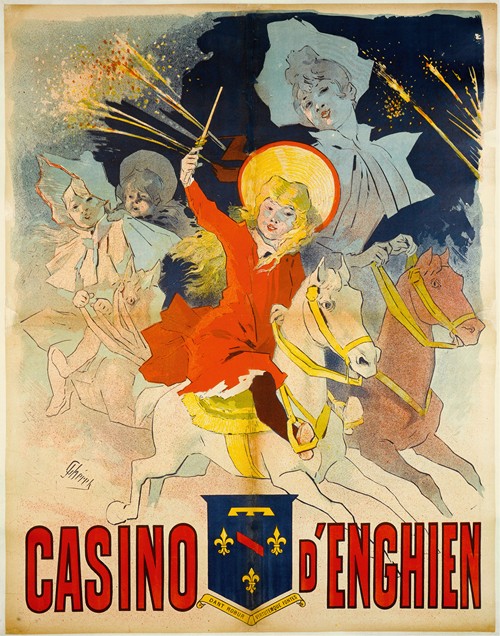 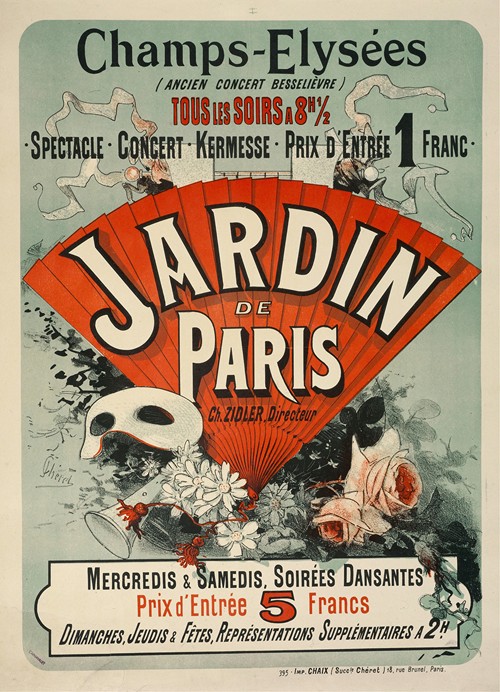