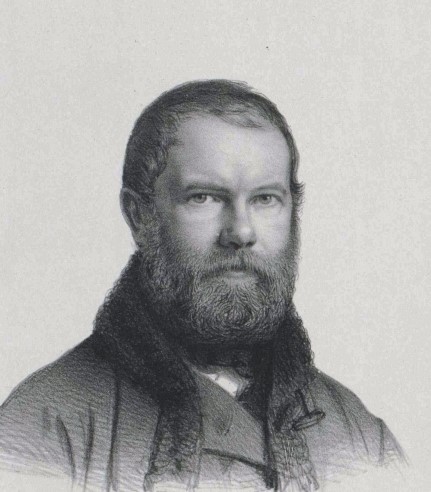 Johann Wilhelm Schirmer was a German landscape artist born in Jülich, within the Prussian Duchy of Jülich.

Schirmer was started as a student of historical painting under Schadow at the academy of Düsseldorf. Later, he came under the influence of Carl Friedrich Lessing and landscape painting and began painting historical landscapes in the manner of Nicolas Poussin. He became known as one of the first of the Düsseldorf school of painting.

In 1830 he became an Assistant Professor, and later, in 1839, a Professor at the Düsseldorf Academy. In the meantime, he visited and painted in Belgium, the Black Forest, Switzerland, the Netherlands, Normandy and Italy. In 1854, he took up the role of a Director at the Art School at Karlsruhe, where he died.

This artist is sometimes confused with August Wilhelm Ferdinand Schirmer, who had similar interests, and belonged to the same era. In addition, both were known by the name Wilhelm Schirmer, and were students of Wilhelm von Schadow, although at different academic institutions. 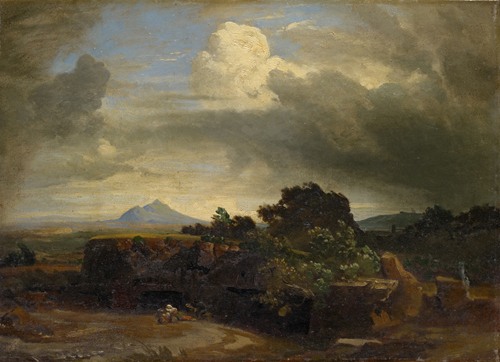 Tempest in the Campagna 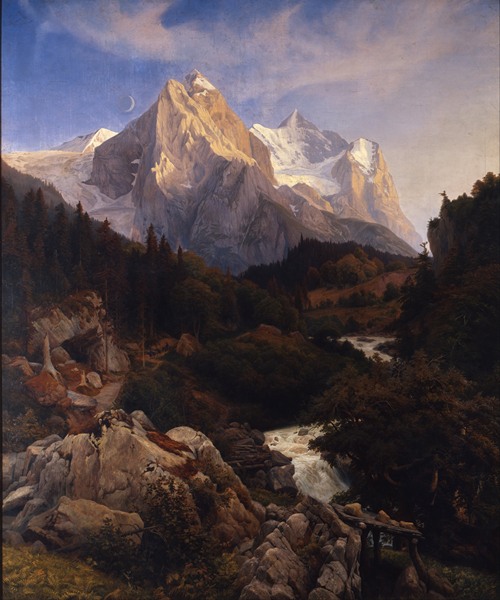 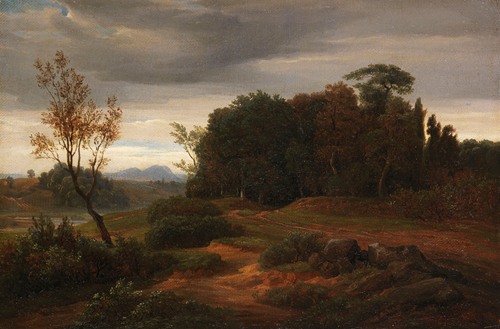