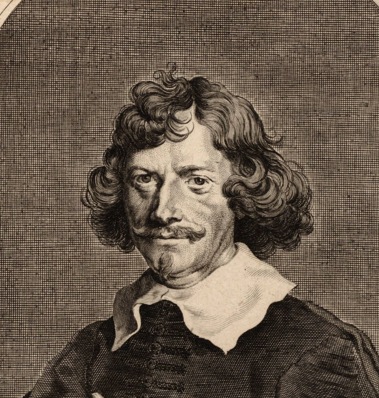 Jan Victors or Fictor was a Dutch Golden Age painter mainly of history paintings of Biblical scenes, with some genre scenes. He may have been a pupil of Rembrandt. He probably died in the Dutch East Indies.

He was a conscientious member of the Calvinist Dutch Reformed Church, and for this reason he avoided creating art which depicts Christ, angels, or nudity.

Victors was born in Amsterdam. He was described in a Haarlem tax listing in 1622 as a student of Rembrandt van Rijn. Though it is not certain that he worked for Rembrandt, it is clear from his Young girl at a window that he had looked carefully at Rembrandt's paintings. He was only twenty when he painted this scene, and the look of expectation on the girl's face shows a remarkable study of character. He seems to have abandoned painting well before the rampjaar of 1672, when, like many painters in Amsterdam, he fell onto bad times and took a position as ziekentrooster ("comforter of the sick"), a role as professional nurse and cleric, with the Dutch East India Company in 1676. He probably died soon after arrival in Indonesia, then the Dutch East Indies.

A Portrait Of A Family Within A Formal Garden Setting, The Husband And Wife Seated Beneath Two Fluted Pillars (1640)

Jacob blessing the sons of Joseph

Joseph Interprets the Dreams of the Baker and the Butler (1648)

Portrait of a Man as a Shepherd

A Shepherd With His Staff, His Herd Beyond

Jacob Seeking The Forgiveness Of Esau (1652)

The Angel Taking Leave of Tobit and His Family (1649)