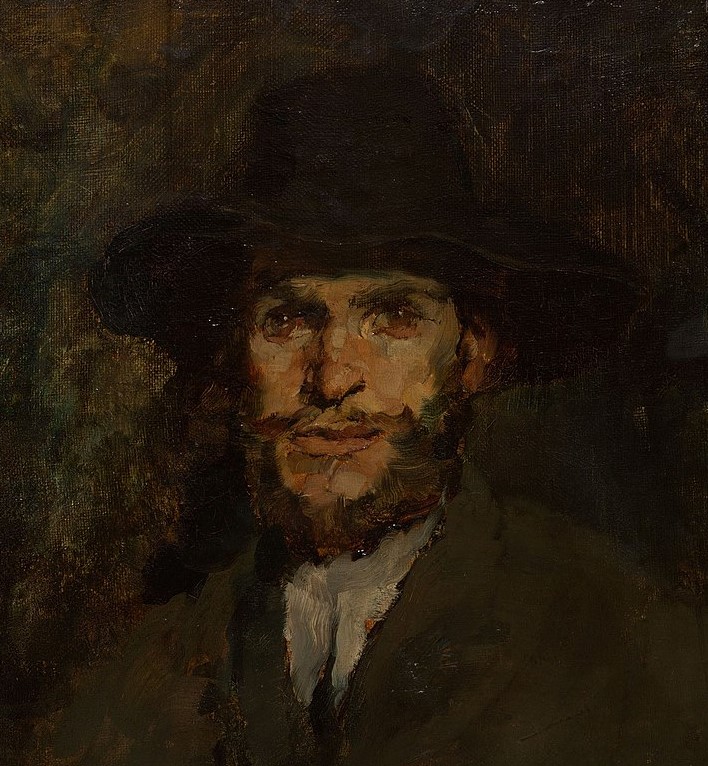 A New England transcendentalist steeped in the landscape of his home ground, J. Frank Currier spent most of his career working in Germany, where he settled after studying in Munich. In Europe, Currier picked up a slashing energized brushwork—found in Old Masters like Frans Hals and Diego Velázquez—that would revolutionize American art.

Although his landscape work in oils was dynamic, it was in Currier’s pastels and watercolors that he pushed into the realms of pure subjective expression. Currier’s early watercolor landscapes spew forth with dash and vigor, displaying nuances of tone in barely controlled masses that swirl and flow, often verging on the obliteration of representational form and near-complete abstraction. When Currier’s radical watercolors were exhibited at the American Watercolor Society in 1879, they provoked a huge critical uproar and re-evaluation that prompted Winslow Homer, among many others, to adopt a freer, more expressive, and ultimately more abstract approach to their art.

Baby in a White Shirt

Trees by a Village